Dr. Zoellner: Inaccessibility. Won’t let you through even you as a business coach. And that’s why she’s answering the phone, by the way So you give her the story about sea turtles and you got to talk to someone. And what does she say? I just want to hear this conversation. What did she say then? 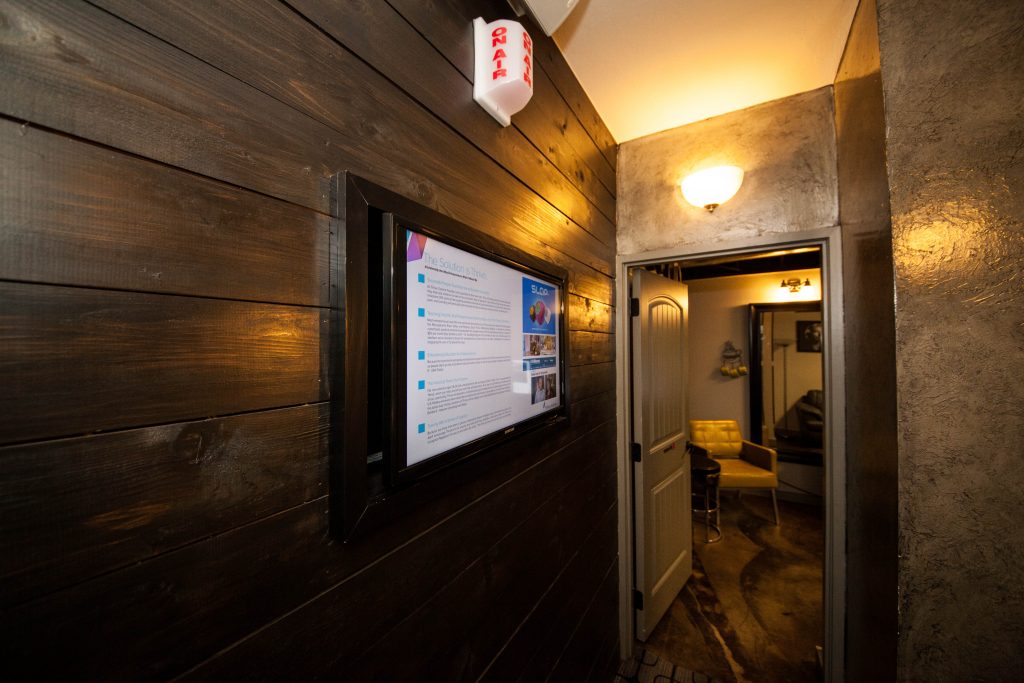 Justin: Yeah, so I’m asking for an email, a phone number, who’s in the back? And I can hear in her voice, it changes, there’s compassion. You know?

Justin: I’m thinking I’m crying on the phone a little bit maybe. And so eventually I get through, you know?

Dr. Zelner: So you got through to some dude or some lady or what?

Justin: It’s a guy and he’s pissed off. He’s angry. He is a busy business coach

Dr. Zoellner: So then what was your story when you got to him? You’re like, “Well, I don’t really care about sea turtles.I am a business coach who hates sea turtles” What did you say then?

Dr. Zelner: Yeah. How are you doing?

Clay Park: The whole deal was confusion. It was like when you get through, then you’re going, “So, yeah, and did you get the sea turtles?” “No I didn’t.” “Okay, well, it’s kind of a marketing gimmick. We’ll mail free samples of those with the sea turtles. Anyway, what did you think of the supplement?” Then they’re like, “What?” And they just kind of move on, but the thing is, he had to get through. So he would tell me. We’re driving home together because we used to ride to work together every day.

Justin: We lived together. We did a lot of things together.

Clay Park: He lived with us and we’re driving home and I’m like, “What did you say?” He’s like, “Oh, bro, this is what I did today.” And he would get through and one by one, he learned, though, entrepreneurship is solving problems and getting paid for it and he started having some wins and he carried over that knowledge into starting the elephant in the room which is how we got the first customers, by him going door to door, passing out gift cards, door to door, working his way up to the top of the Summit Club, convincing them to promote it to all their members, all just hacking through the tricky waters of entrepreneurship, Z.

Dr. Zelner: I’m surprised you didn’t call it sea turtles in the room. I don’t know. Was that a move you used a lot or was that just a one time, one off?

Justin: That was a one time when he was a business coach.

Dr. Zelner: How did you get inspired on that? I mean, that’s pretty random to come up with I’ve got sea turtles shipping that’ll die.

Clay Park: He has, when we come back, I want him to tell how he was able to get cupcake samples up into a heavily guarded downtown building where you [crosstalk 00:13:15] security tapes. You have to have … They have … Seriously, the doors are looked. They have a ton of security people. They all have weapons. When you cannot go up the executive floor and we were doing the marketing for a bakery that was struggling and this guy found his way to the top of the building. He got in there.

Today’s show is Mo’ Money, Mo’ Problems and why you need a business coach. We’re going to talk about how we first, make some money, but then we’re going to talk about the problems you run into as you start to make mo’ money. Because it is mo’ money, mo’ problems. But you’re exchanging small problems for big problems. I love problems like how do I save money? How do I save more taxes? I have so much money. How do I pay less in taxes? That’s a better problem than how do I feed myself? Stay tuned. Thrive Time Show countdown.

All right, welcome back to the Thrive Time Show, on your radio show. Today’s show, we’re talking about Mo’ Money, Mo’ Problems. But, for those who are just tuning in for the first time, you discovered this show and you’re saying, “Okay, what is this show? You guys, gun to your head, you only have 30 seconds to explain. I go, “Whoa, whoa. This is pretty intense scenario.”

Clay Park: That’s pretty intense. That’s a lot of hyperbole there, buddy. You calm down with that rhetoric. But I would say it is business school without the BS, taught by real entrepreneurs. So as an example Dr. Zelner is expanding his vast entrepreneurial empire today, this week, every day. Every time he takes time out of his schedule to be here, so he’s expanding his Memorial office. Z, 25 years you’ve been in business and you’re expanding both of your uptownship clinics simultaneously. Or you just finished one and now you’re doing the other one?

Dr. Zelner: Yeah. Harvard just moved in this last week. I’ve been seeing patients over at the new space and now I am starting the design and hopefully within about 12 months will be into a new space for the Memorial location. So always growing, always expanding. I’ve done that this year, also by 26 years of having an eye clinic here in Tulsa and it’s pretty awesome. You know what, when you’re doing things right, you’re growing and that’s the bottom line. And when you’re not, the problem is a lot of times I find with entrepreneurs, with business owners, we’ll be talking over coffee or something, they’ll be saying, “Man, my business isn’t growing. I don’t know what’s wrong.” And I’m like, “You know, sometimes you don’t know what it is you don’t know.”

Clay Park: And Z, I have an audio of you sat down with a young man at a coffee shop and you looked around and you-

Dr. Zelner: Did you tape this?

Clay Park: What you did is you looked around and you said, “My co-host is always recording my conversations.”

Clay Park: “I have triple verified that this room is not being recorded. I know he’s not recording this conversation. So please tell me what’s limiting your growth.” And the young man, and I only know this because I found a way to mic it without you knowing. The young man says, “I just don’t know why I’m not growing.” You talked to him. And then you realized that his team, he has a bad team. They’re poorly managing. His team is not being managed effectively and you kind of looked at him and this is what you said, and I have the audio and I’m so glad I was there to capture it. Here it is:

Clay Park: And then you finally started to tell him and because the truth hurts, sometimes people don’t want to receive that stuff and I think that honestly is a lot of why people love the show because when you sit down, I mean, our business coaching clients, we get paid to help them grow, so it’s just straight up. I mean, I’ll just tell someone, I’ll say, “Hey, your website, I love you and you’re a great guy. Your website needs to be fixed. It’s not Google compliant.” And the client will say, “But I don’t want all those articles at the bottom of my site and I don’t want to make change.” I go, “Hey, buddy, we need to change it.” And they go, “You don’t understand. I need to think about it.”

Then I’ll say, “What do we need to think about?” And they go, “My husband made it.” And I’m going, “You mean the guy right next to you?” “Yeah, he made the site.” “Well, sir, on behalf of your wallet, we need to go ahead and make those changes. I love you but we can’t put up with mediocrity. You got to change it.” And they go … Emotions get in the way of the motion they need to take. It’s always like, “I need to fire this person but you don’t understand that they’re a nice person and they’re going through something.” Carlton Pearson once told me emotion gets in the way of motion.