Thrive Time Show on your radio. All right. Welcome back to the Thrive Time Show on your radio. I did start from the bottom and now I am here as a top business coach. My name is Clay Clark, the former SBA Entrepreneur of the Year and now a business coach, the father of five kids and I am absolutely honored to have the opportunity to broadcast to you in Tulsa live and to you the listener all over the planet. In fact, moving forward I’m just gonna call you the Thriver. Because that’s what you are. You’re not a listener. You’re a Thriver. You’re a diligent doer. You’re the kind of person that, once you know what to do, you do it. You’ve always been that way. You’re always the person who says, listen, I might not be the smartest guy, but I’ll always outwork you. I will always do what I need to do. 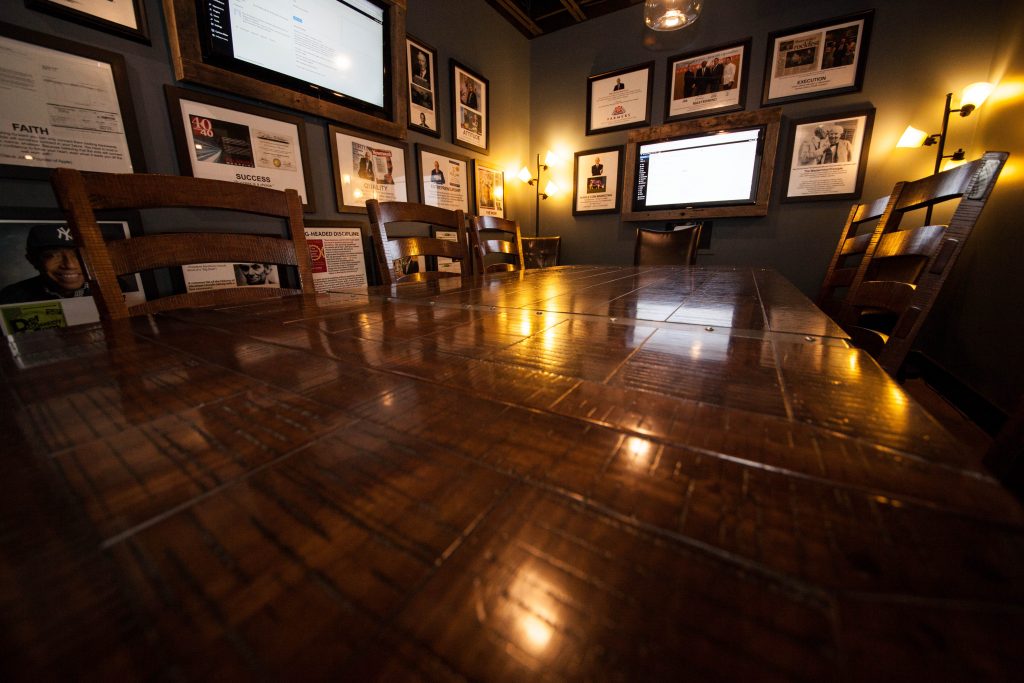 Society says, “oh, you need to get a degree,” and you’re thinking, well I don’t know if I need a degree. But you get a degree and now you have student debt. And then you want to do something else with your career, but then you go, well I already have a degree in this subject … And then society comes along and says, “well, Greg, you already have a degree in that so you should probably do that for a living.”

And then you think about buying an old car, paying cash for it, having no debt because you’ve listened to some Dave Ramsey. And then society comes along and says, “No, you should finance a brand new hybrid Prius to be a responsible human.”

My son decided to play hockey. And one of the things is like, hey, you know, the parents as a- you know. Because you’re a parent of a hockey player, we need you guys to- one of you parents needs to go to the store and get ice cream or get carbonated beverages for the kids, and candy bars. That way after the game all the kids have refreshments. Well that seems- to me it seems like a reasonable ask, except I didn’t sign up for it. I don’t want to do it. No. So I’ll pay for them, I’ll gladly donate money to the cause, but I’m not gonna go- I have a very busy schedule! You do, too. I’m not gonna take time out of my schedule to drive around like a wild man right after work at five o’clock and you drive around to Walgreens or Wal-Mart or Sam’s Club or wherever, and to try or make- what is the one? It is over there, you can picture- Walgreens, you’ve got CVS, you know.

I don’t want to drive around picking up refreshments! I’m not gonna do that! I am a business coach, I have stuff to do!

And then the Chamber of Commerce has a monthly meeting, the state of the state where the mayor’s gonna come in and tell us how he’s gonna fix everything, all the new regulations they’re passing. They’re gonna make it more difficult for people like you and me to do business. I used to go to that stuff! Legislation meetings, legislative meetings. Meetings for my association, meetings with my peer group, meetings with- Get out of here! As a business coach, who has the time??

Let me just go to our local news and read you what you’re missing if you don’t watch the news. Because I think it’s powerful, I think we need to know, if we miss the news, if we’re gonna be complete morons and miss the news, here’s what you’re missing out on today. And hopefully it doesn’t auto-play the stupid video that it’s gonna show. But I’m gonna read you the local news here that we’d be missing.

Okay. “Severe weather is possible.” I mean isn’t severe weather always possible at some point? I don’t know. Maybe I’ve never, not one time in my entire life, that I can think of, since I’ve been like 18 years old, since I could make decisions- I’ve never looked at a weather report and thought, well I’ll let that get in the way of what I had planned.

If you own a business, work with me on this. Years ago we had this crazy snow storm in Tulsa, Oklahoma that was like multiple feet of snow, and you know what I did? I went to Lowe’s, I bought generators, and I fired up our call center because the clients we’re working with in different states, Florida, Texas, if you’re a listener right now in California- you don’t care what the weather’s like in Tulsa, Oklahoma! You just want great customer service. And so that’s what we did.

Then it says, “At least one dead, more than a dozen injured critically in a shooting accident in Cincinnati. “What am I- why am I watching this stuff?

My friend, we’re not gonna be young forever. We’ve got to understand that life is not a dress rehearsal. We’ve got to take the action to design the life that we want right now. Today is your day. And so to help just hammer this idea into your head, I’ve recorded a lyrical miracle for you. If I was more talented, then I would sing but I am a business coach not a singer. You want to hear it? Here it goes.

I throw it out, you can throw it back to my business coach face if you want to. Stay tuned. ThriveTimeShow.com