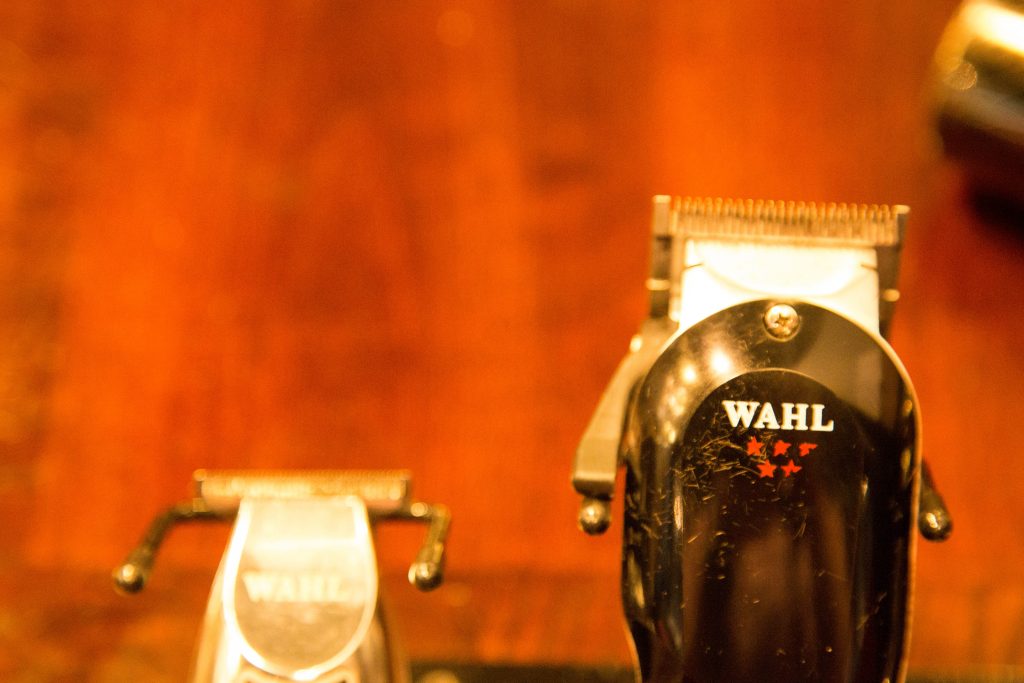 This business coach post explains how you get to choose whether you win or lose.

My friend, doubt is the opposite of faith and the two cannot exist together in the same time and place. Business Coach 101: Either you believe or you don’t. To build your faith and to absolutely hammer home the incredible importance of embracing the reality that success is a choice, I am going to give you one story of success that I’ve seen unfold right in front of my own eyes (as opposed to your eyes). However, before you begin reading this business coach story, you must know it all started with someone who decided to become wildly successful.

The “Good Life” – The Story of Ryan Tedder

On June 26th,1979, Ryan Benjamin Tedder was born. Just like other babies, he cried and needed to be taken care of by his mother. He was completely dependent. However, unlike most humans born that year, Ryan would later make the decision that he was going to make it in the music business as a performer and songwriter. Because I had the privilege of living on the same wing in a college dormitory at Oral Roberts University as Ryan, I was able to see first hand what hard work and dedication looked like. It was like receiving free business coach and training via observation!

After class, most people in college spend their time playing video games and mindlessly filling time with idle social activities; however, Ryan chose a different path. Each day, whenever I would walk past his dorm room in route to the elevators, I would hear him and his guitar. He wasn’t playing video games or talking about nothing for long periods of time because he was busy turning himself into a music guru. He was constantly singing and playing with an intensity that was unmatched. It was almost as if he had already been hired to work as a full-time musician in a big production studio. While he was hard at work, I was starting a business out of my dorm room and I often would pull all-nighters because I simply ran out of time to get my homework and my business-related work done. After toiling away alone for several hours in my room, I would often walk down the hall to the community restroom, and although the rest of dormitory had usually gone quiet by this time, I would more often than not still hear Ryan singing and playing his guitar down the hall.

Ryan attended the same church (Christian Chapel) as several guys on the dormitory floor, so we were all friends. We knew what Ryan’s father was a Christian songwriter and we knew that Ryan’s mom was a wonderful school teacher and mother. We also knew that Ryan began playing the piano at age three as a result of instruction he had received. We all knew that Ryan was interested in music, yet I believe sincerely that very few people actually believed Ryan was going to make it as a pop star and songwriter. However, I don’t believe that Ryan cared too much about the opinions of others. This man was determined and focused on doing whatever it took to make it. From his freshman to senior years in college, Ryan became increasingly focused on becoming the best musician he could possibly be. Since the age of twelve, Ryan had been teaching himself how to become a world-class vocalist, but by his sophomore year, the guy was laser beam focused on learning to really sing. He spent hours in his dorm room listening to and imitating Stevie Wonder, Peter Gabriel, Sting, other artists who could really sing. Day after day, this guy worked at honing his craft.

To support himself and to help make some extra money so that he could buy himself all of the recording equipment, Ryan worked as a server at various restaurants. He seemed to view work as a means to an end, and his end was making it in the music business. Each summer, Ryan went to Nashville to relentlessly pursue an internship. Oddly enough, he wasn’t being recruited by these top record companies. Business Coach Truth: HE HAD TO CHOOSE TO BECOME SUCCESSFUL. Ryan wasn’t deterred by the lack of mega interest in his skills. He worked at Pottery Barn as a shop assistant while he worked to land an internship. Eventually, he landed an internship with Dreamworks, SKG. There Ryan did whatever he had to do to create his own breaks into the industry. He offered to sing on demos and to help produce demo tracks for songwriters, labels, and other musicians. Tedder usually charged $300 to $400 per track, and he would often times bring the demos back to college for us all to hear. I remember playing his tracks for a few people who said, “Dude, people with talent are a dime a dozen.” It was their way of doubting him to make themselves feel better for not pursuing their passion. I know that Ryan undoubtedly heard the skepticism of others, but for some reason I believe it motivated him to press on. Here is another business coach truth: Let your Haters be your Motivators.

After having spent multiple years essentially working without compensation and at the age of twenty-one, Ryan DECIDED to compete in a singer-songwriter competition that was being sponsored by MTV and ‘N Sync singer/member, Lance Bass. Ryan was one of only five finalists who got to perform on MTV as part of a one-hour special. Because Ryan had been practicing all day and all night for years, he was ready when his opportunity came. What a lot of people fail to see here though is that the opportunity did not just present itself to Ryan. Ryan had to physically move out of his comfort zone and into a big city swarming with artists, who also had talent, and musicians, who also dreamed of mega music deals. But Ryan was different because he decided that he would succeed. He was willing to work for free as an intern and he was willing to apply for countless competitions until he finally created his own big break. Where would he have been if he had just waited for his phone to ring?

Well Ryan performed and he won. Ryan’s performance of his song entitled, “The Look” captivated the audience and then the audience responded by voting for him. Lance Bass was there to congratulate him with a recording contract.  Although things seemed to be looking bright for Ryan, the bottom fell out. It turned out that Lance’s recording contract was not real and that it was really just a bunch of hype. Soon Lance’s record label ceased to exist, but Ryan’s fiery passion for making it big was not extinguished. Undeterred, Ryan just kept marching on. If you look up “On My Way Here + Ryan Tedder” on YouTube, you can find a song he wrote that describes his journey to the top. This song was also later performed by American Idol Star, Clay Aiken.

Although Ryan’s contract with Lance Bass ended up being a bunch of bunk, his performance did catch the attention of many “big time” people including, Timbaland, the Mega-Producer for Justin Timberlake, Missy Elliot, Flo’ Rida, and countless pop/R&B stars. Thus during 2002-2004, Ryan went to work for Timbaland as an intern. During his time with Timbaland, Ryan got to see the music industry up-close and for what it really was. He was able to produce tracks for artists while developing as an artist himself. The work that Tedder produced during this time crossed nearly every musical genre including hip-hop, R&B, rock, dance/techno, pop, and country.

Since that time, Ryan has written countless songs for artists who are household names world-wide. In fact, Ryan has written songs for Adele, OneRepublic (his own group), Paul Oakenfold, Maroon 5, Gym Class Heroes, Far East Movement, Kelly Clarkson, B.O.B., Blake Lewis, Adam Lambert, Leona Lewis, Jordin Sparks, Gavin Degraw, Colbie Callet, and Beyonce. His first mega hit was “Apologize.” This song was the best-selling song of 2008 and broke U.S. records for most Radio Airplay with 10,331 spins in one week alone. He then followed that up by writing, “Bleeding Love” for Leona Lewis and broke the records previously set by “Apologize.” He’s written even more hits for the Backstreet Boys, Jennifer Lopez, Mario, DJ Tiesto, Ludacris, Jennifer Hudson, Carrie Underwood, Bubba Sparxxx, and the late Whitney Houston. Ryan continues to write the hits for the stars and his songs continue to appear on the music charts and Billboard’s Top 40 List. He’s written pop hits such as, “Brighter Than the Sun” by Colbie Caillat, “Fighter” by the Gym Class Heroes, “Halo” by Beyonce, and “Secrets” which was recorded by his own group, OneRepublic. Ryan is not done yet. In fact, if you look him up on Wikipedia, I’m sure he’s produced songs for countless other big time stars that are not even listed above.

He has now set up his own recording studio, his own record label, and his own distribution deal for the songs he writes and performs. One of Ryan’s life long goals was to perform with U2 and recently, he accomplished this goal. Despite Ryan’s success, the harsh reality is that none of this would have been possible if he did not hold himself accountable for achieving his dreams. If he did not hold himself accountable to his self prescribed regimen of singing 2 hours per day, he would not have “made it.” If he had not been willing to move to Nashville, Tennessee, he would not have made it. If he would not have been willing to work/intern for free while working at Pottery Barn, he would not have made it. Ryan achieved and succeeded because he simply decided to. Be like Ryan. Make the necessary business coach decisions to become successful and don’t stop working until you get there. In a song he wrote and that was recorded by OneRepublic entitled “Marching On,” Ryan describes his passion for overcoming adversity by singing a line that I love, “I sink us to swim, we’re marching on.”

My friend, until next time, remember Napoleon Hill’s quote, “The time will never be just right, you must act now.”

If you need help or support for which steps to take or where to take action first, we can help! Thrive15.com is a proven resource for business owners to successfully grow and develop their business.  Sign up for your free business analysis today!