Will this system work for my medical practice?

“We’ve been able to really keep a steady stream of clients coming in.”

I started a business because I couldn’t work for anyone else. I do things my way. I do what I think is in the best interest of the patient. I don’t answer to insurance companies, I don’t answer to large corporate organizations. I answer to my patient, and that’s it. My thought when I opened my clinic was, I can do this all myself. I don’t need additional outside help in many ways. I went to medical school, I can figure this out. But it was a very, very steep learning curve. Within the first six months of opening my clinic, I had a $63,000 embezzlement, I lost multiple employees.

Clay helped us weather the storm of some of the things that are just, a lot of people experience, especially in the medical world. He was instrumental in helping with the specific written business plan. 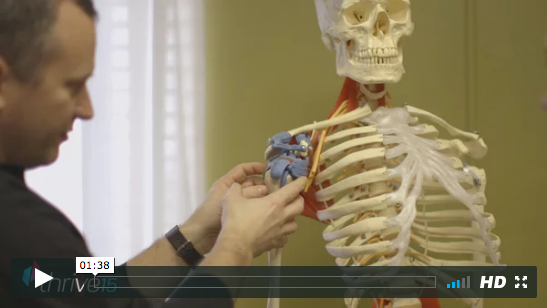 The Business Coaching for Medical Practices program at Thrivetime Show has been instrumental in hiring good, quality employees, using the processes that he outlines for getting in good talent, which is extremely difficult. He helped me in securing business loans. He helped me with web development and search engine optimization. We’ve been able to really keep a steady stream of clients coming in because they found us on the web.  With everything that I encountered, everything that I experienced, I quickly learned, it is worth every penny to have someone in your team that can walk you through, and even avoid some of the pitfalls that are almost invariable in starting your own business. I am Dr. Chad Edwards, and I own Revolution Health and Wellness Clinic.

My name’s Mickey Michalec, and I own Capital Waste Solutions. Jumping out on my own was my biggest fear. I really loved that corporate safety net of a consistent paycheck, knowing that we had the corporate background structure to stay there, the standard operating procedures. Everything had a book and a policy of how things had to be done. Unfortunately, that puts you in a box sometimes, and Clay helped me to release that and understand that, “Hey, go, take off. Explore. Find new areas.” It was really the confidence to jump outside the box.

Anytime you start something new or you have to reach out, I feel it brings a level of exposure by admitting, “Maybe I don’t know as much as I put off about sales or marketing.” When Clay came to speak with me, he said, “It’s okay to not know everything.”

That really was a game-changer for me. Clay’s helped me in the Business Coaching for Medical Practices program probably the most with our graphic design and our website. That’s one thing that I do not claim to know anything about. In fact, I’m better off throwing the computer out the window than I am using it. What was nice about working with the guys at Thrive15 and working with Clay was, I could go in with a silly sketch on paper, pencil and paper, and I can say, “Hey, this is what I want to look like,” or they would make it so simple. They’d pull up my phone and say, “Hey, FaceTime with me real quick and point to what you don’t like,” and they worked on my level instead of me having to meet them at their level.

Not only that, but the upbeat atmosphere is fun. You come in to the Business Coaching for Medical Practices meetings, and it’s all about you, and it’s nice to be the one that gets to drink from the fountain instead of constantly pouring in to someone else. Why not learn something new? Why not admit to yourself that, “Hey, I can learn more. I can be better. I can be greater”? As a basketball player in college, I was nothing without the coaches that invested in me day after day after day to help me work on a move or a play that I maybe I wasn’t the best at, and that fueled me to be successful in our game. It’s those little battles that win the war, and when you have Clay Clark, it’s a coach, it’s a general that helps you through the battle so ultimately you win that war.