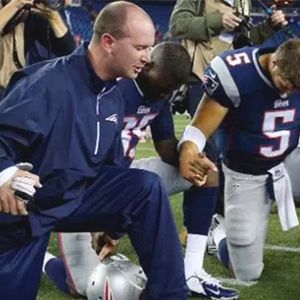 Jack Easterby is the former Character Coach of Choice for Coach Bill Belichick and the New England Patriots. USA Today once wrote an article about Jack titled “Is the Patriots’ secret weapon their character coach?”. Many players and coaches in the Patriots organization have been quoted about just how vital Jack Easterby has been to the continued success of the team.