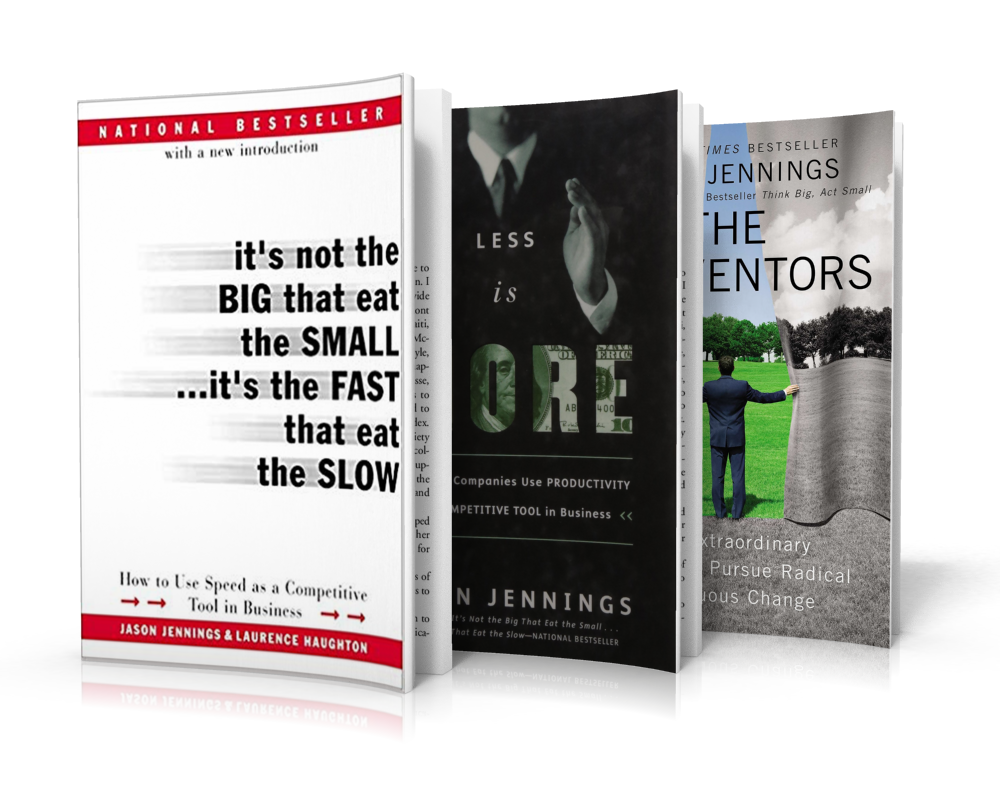 Jason Jennings is one of the most successful business and leadership authors on the planet. Jason began his career a radio and television reporter and became the youngest radio station group owner in the country. Later he founded Jennings-McGlothlin & Company, a powerful consulting firm that became the world’s largest media consultancy. His books have been seen on the Wall Street Journal, New York Times and USA Today best-sellers list.