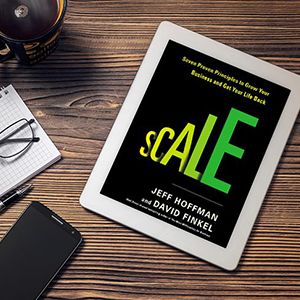 Jeff Hoffman has been the founder of multiple successful startups and has played critical roles with the company made famous by William Shatner, Priceline.com. Jeff Hoffman has helped to create the self-check-in software and technology used by airlines all around the world and he is the best-selling co-author of Scale: Seven Proven Principles to Grow Your Business and Get Your Life Back.
He’s been featured on Fox, CNN, Bloomberg News, CNBC, Forbes, Inc., Time, Fast Company, and many other leading media outlets.

In addition to being an entrepreneur, Jeff has also produced movies and musical events with such artists as Elton John, Britney Spears, NSYNC, and others