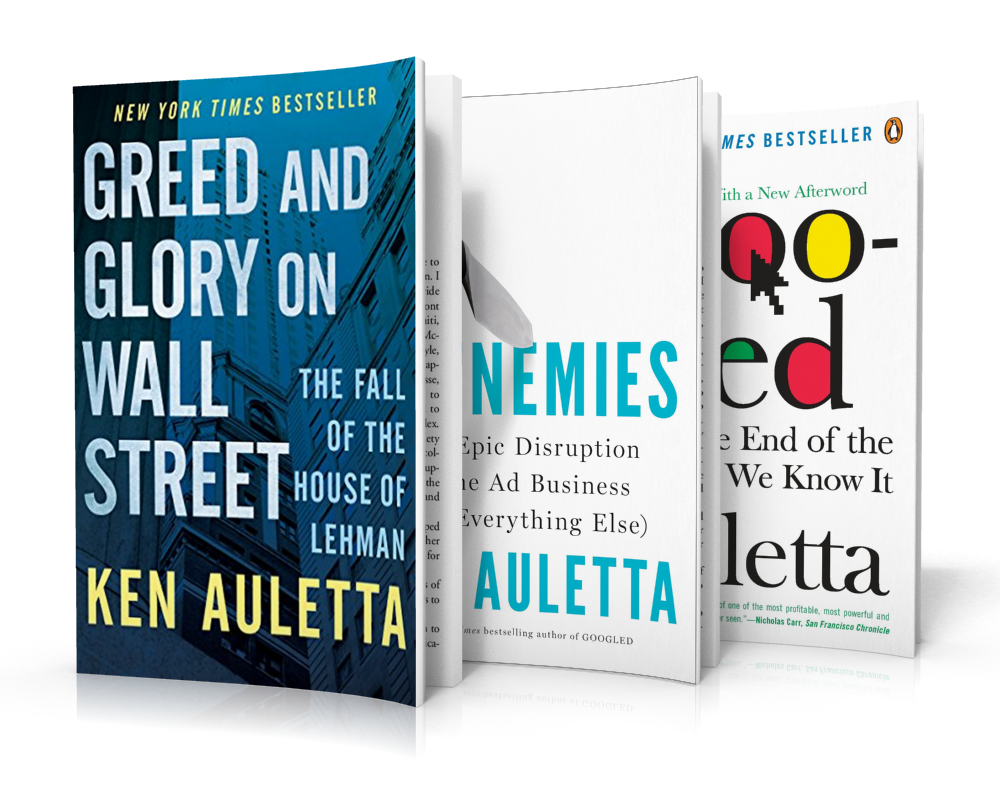 Ken Auletta is a best-author, journalist, and a media critic for The New Yorker. His 2001 profile of Ted Turner, “The Lost Tycoon” won a National Magazine Award for Profile Writing. He is the author of twelve books, his first being The Streets Were Paved With Gold (1979). His other books include The Underclass (1983), Greed and Glory on Wall Street: The Fall of The House of Lehman (1986), Three Blind Mice: How the TV Networks Lost Their Way (1991), The Highwaymen: Warriors of the Information Superhighway (1997), and World War 3.0: Microsoft and Its Enemies (2001). His book Backstory: Inside the Business of News (2003) is a collection of his columns from The New Yorker. Five of his first 11 books were national bestsellers, including “Googled: The End of the World As We Know It.”