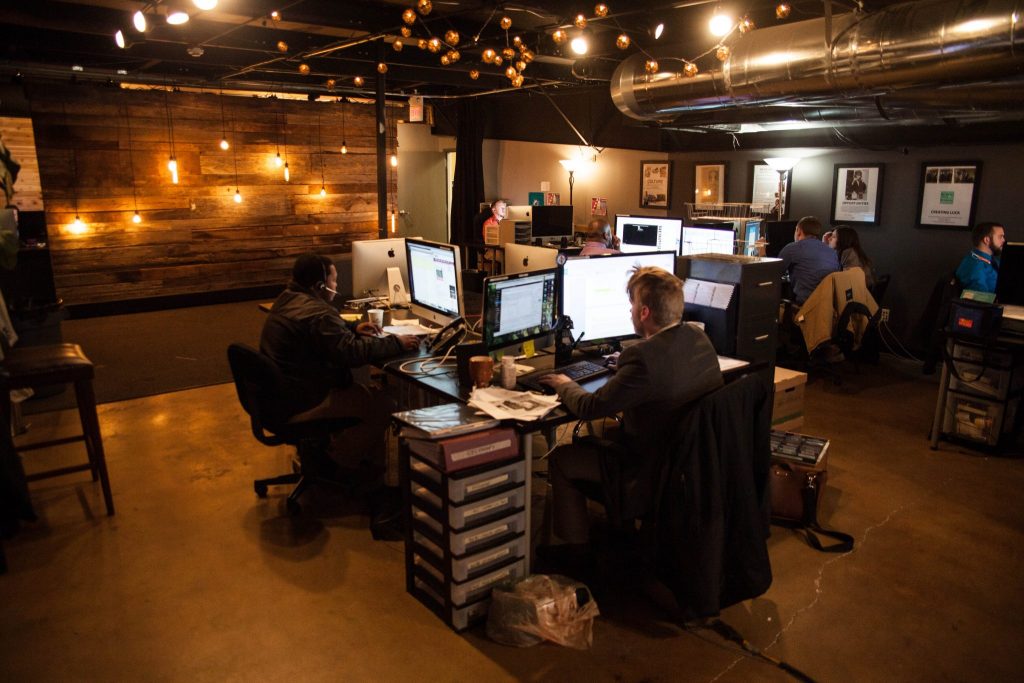 In this transcript about business coach things, Clay Clark (speaker of choice for Hewlett-Packard, Maytag University, and more) and Wes Carter (Attorney who represents highly respected organizations throughout the nation)  discuss the importance of demands for employees on Thrive15.com, the business sales training program.

Clay Clark:    Wes Carter, how are you, my business coach client friend?

Wes Carter:    I’m awesome my business coach How are you doing?

Clay Clark:    With zero calories per bottle. Now for a limited time you have a chance to win a week at the Perrier beach house when you buy a box of this kind. I went ahead and got this box right here and I’m excited about it.

Clay Clark:    I don’t want to go down a rabbit trail.  We’re going to talk about the eight demands that the law has of employers. Wes, before we discuss these eight demands, I want to ask you the question that Thrivers in Utah …

Clay Clark:    We have people in Utah who want to know this question. They want to know this. They say ask him the question, next time he’s on the show ask him, so I’m asking you. Wes, are you in any way legally related, any way, shape or form to Brandon Carter the theoretical physicist born in 1942 who was noted for his work on the properties of black holes?

Wes Carter:    He sounds very smart, so we could be related.

Clay Clark:    Well you know what they say. All right. Wes, we’re going to hop in here. It’s the eight demands that the law has of employers. Demand number one, the observance of the national minimum wage. Wes, break this down for me in the most simple terms possible so that I can be 100% sure that I know what I’m talking about here.

Wes Carter:    Well, there’s a federal minimum wage which is 7.25 and then states can raise that, but they can’t go below that. Some states, I think California is nine bucks, District of Columbia I think is 9.50. It’s at least seven and a quarter, maybe higher if you’re in another state.

Clay Clark:    Just want to ask because a lot of people who are a lot of Thrivers in Texas wanted to know that and I wanted to ask on their behalf. Okay, so now Wes, if I’m watching this and I say minimum wage, whatever. Did the Egyptians pay their slave labor minimum wage to build the pyramids? No. Did the pyramids turn out well? Yes. What if I say that?

Wes Carter:    Well then eventually Moses came and that didn’t turn out so well for the Egyptians.

Wes Carter:    Eventually the federal government’s going to come and throw a few plagues at you too.

Clay Clark:    Well, at least you’ll have the safety and security of a federal prison. Moving on to demand number two. Maximum weekly working hours with breaks. Wes, break down this demand in terms that my simple mind can grasp.

Wes Carter:    It’s just that over 40 hours you have to pay time and a half which gets expensive.

Wes Carter:    I think the federal government decided it at some point that we were working people too much and to dis-incentivize, get them not to do that, we said okay, well you can work them that much til they die, but we’re going to make you pay to do it. There are sales training videos on Thrive15.com.

Clay Clark:    Okay. Do you suppose that God worked overtime when he worked the sixth day?

Wes Carter:    You know, if it was six eight hour days, then yes, he was working 48 hours.

Clay Clark:    I bet you worked only three hours a day so he only worked 18. Anyway, moving on, demand number three, equal pay for equal work. Wes, what is this demand referring to?

Wes Carter:    That’s basically most of the time referring to women. For a similar job they should get similar pay and similar benefits. Something recently, not so recent, but the Equal Pay Act. Also Title 7 which prevents gender discrimination says you can’t women less to do the same thing.

Clay Clark:    … my majestic tranquility, what I have found is I find that I want to pay women more and pay men less. I’m like, “Hey, you finished hauling that box, but so did she, so I’m going to pay you more, buddy.” Can I do that?

Wes Carter:    You could probably because today’s society is probably not going to take you very seriously when a guy brings a claim saying Clay discriminates against all men and pays the women more.

Clay Clark:    … for equal work, but there’s a little bit of a bias right now where if a woman as a general rule, claims that she was paid less for the same work that a man does, it’s a more likely story than a dude saying I was paid less.

Clay Clark:    This is what made this country great. Did the Pilgrims stop for a break?

Clay Clark:    No. Did they go on a holiday? They had a holiday, but it’s only after 90% of them died from working so hard to plant their corn. The whole point is here is that there is no actual four weeks?

Wes Carter:    … augment that and change that, but the general rule is no required holidays.

Clay Clark:    I never thought I would say this, but I’m a fan of the federal government especially when talking about business coach things.