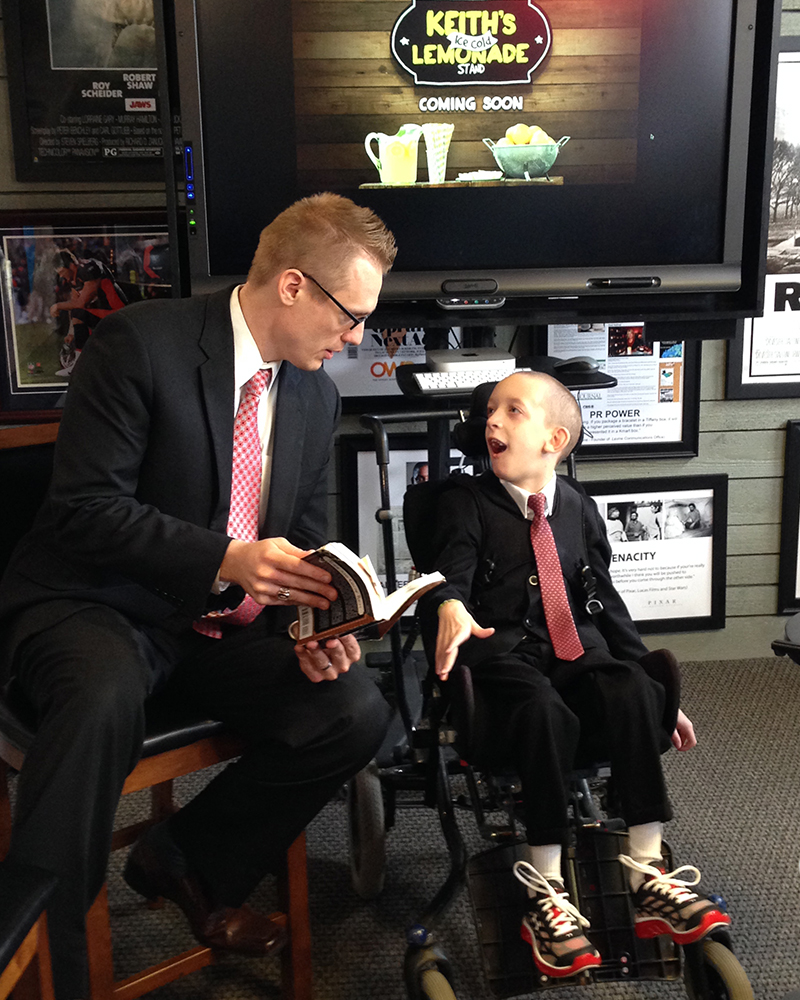 The following is taken form a Thrive15.com training, one of the most affordable business schools in Florida. We sit down with Caleb Taylor and Clay Clark, the palest entrepreneur and business coach in the world who is also the US Small Business Administration Entrepreneur of the Year.

Caleb:             I love being with you mister business coach, it’s beautiful. What we’re going to be talking about today is just that is what gets me out of bed, you know? Specifically defining the account.

Clay:                Real quick. They say that knowledge is power, knowledge is power. I would say that knowledge is only potential power. We need to have a mastery of these words, okay? Just the other day I was at church and my pastor’s talking about this firmament, which is this water dome that surrounds the planet. Allegedly back in the time, you know, of like the creation of the planets, the flood time, the time of Noah and the flood. Apparently there was this water dome called the firmament. What am I talking about? The point is he’s using the word firmament in service and I’m going “What, permanent? Is he saying permanent? And is it perm?” Who gets a perm?”

Clay:                Know what I’m saying? A lot of times people hear the word account and they’re like a count, ah, ah, ah. They don’t know what it means. We’re going to get into what does this word means and now you have power, it’s not potential power, you have power. You’re in the next meeting and someone’s trying to bully you and trying to take advantage of you in a business deal, you’ll know what they’re saying, we need to know these terms, master them.

Caleb:             Good. This definition is “A collection of financial information grouped according to customer or purpose. For example if you have a regular customer, the collection of information regarding that customer’s purchases, payments and debts would be called his or her ‘account’. This is a written record of an account, it’s called a statement by the way, which we will explain in a later episode. Go ahead and break this down for us a little bit more here.

Excited to learn more about tracking accounts on Thrive15.com, one of the most affordable business schools in Florida? You can learn practical education fromn David Robinson & business coach Lee Cockerell in 15-mnute episodes that will teach you how to start and grow a business.

Clay:                There’s a guy about sixty, late sixties, he’s a doctor and he wanted to sell his medical practice. If you’re in the medical business there’s a thing called the electronic medical records and you’re not allowed to share these with people because of certain laws.

Clay:                The point is, he was like “I know all that information’s in my EMR, in my electronic medical records system.” Someone’s trying to buy his business and he’s saying “I don’t have an account, I don’t have a database, or I don’t have the accounts of everybody. What I do have is the EMR.” The guy who’s wanting to buy his business is going “Who buys from you, how often do they buy from you, how much do they owe you, I want to know that. I want to see the accounts.” And he says “I don’t have that.” I’m not kidding you, this guy at a later age in life, he was not able to sell his business. He missed a one and a half million dollar windfall because he could not produce accounts. I kid you not the purchaser, who I know closely, decided not to buy his business because he could not find any of the accounts, which is again for the record the customer’s purchases, the record of their purchases, their payments and their debts.

Caleb:             You don’t want that. Clay you’re my favorite business coach, and I thank you for your knowledge and your beauty, we appreciate you sharing both.