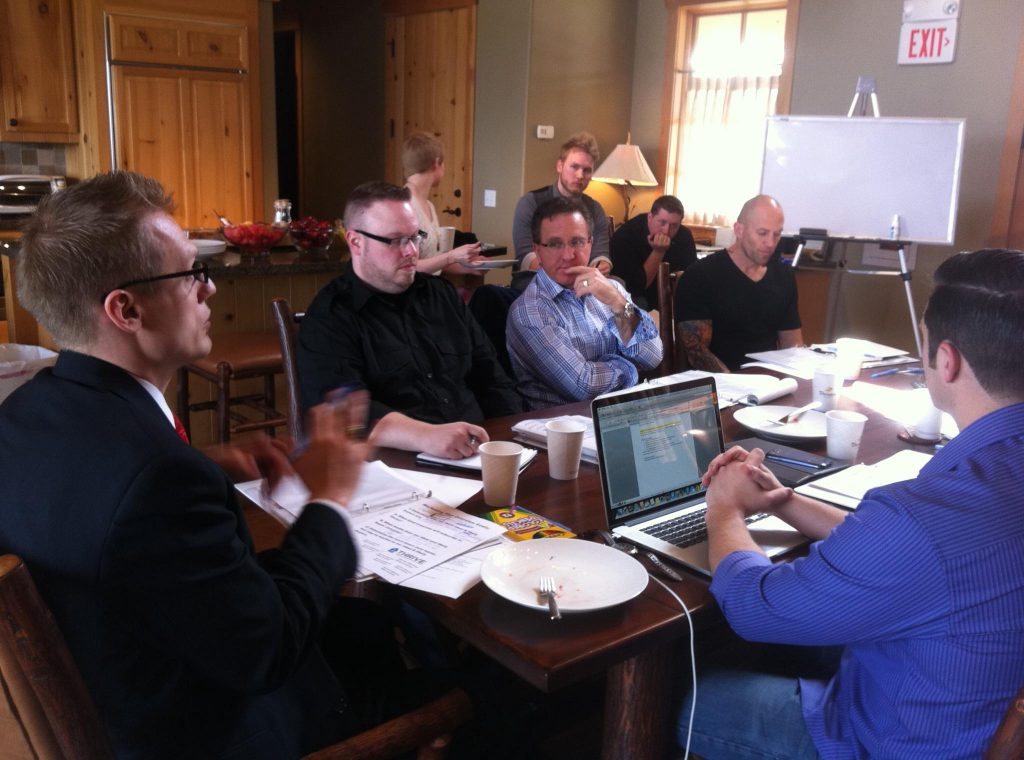 In this business coach transcript, Caleb Taylor (Thrive15 correspondent) and Clay Clark (Founder of Thrive15.com, one of the top business schools in PA) discuss the importance of being able to overcome adversity in life.

Don’t feel bad. Elon Musk, he’s SpaceX. His company is just unbelievably successful now. The first three launches they tried to do; the first three attempts to get to space all failed. We’re all going to fail. The Wright brothers messed up a lot too. They tried to do air flight. Thomas Edison had 10,000 failed experiments. Be fail … We’re just trying to teach what you can learn from it.

Caleb:    That’s exactly it. We’re looking at failure and what you can learn from failure; how to apply that in the correct ways to fail.

Caleb:    Before we jump into it, you’re somebody that it’s easy to see you on camera here. When we look at you, you’re CEO of Thrive. You’ve done so much with your life, entrepreneur of the year at 20. Did you ever encounter failure as well?

Clark:    A lot. In my marriage, I’ve been an idiot a lot and I’d have to improve. I made failings there. In business, I failed. There are times I had big goals I didn’t hit. I’ve had failure financially where I’ve struggled to provide for my wife. I couldn’t afford even air-conditioning. We lived in Oklahoma. It’s like a hundred degrees.

I’ve had failures as a father where I haven’t done the right thing at times. I’ve failed personally, professionally but it’s how I react to those things that defined who I am today.

Caleb:    I like what Seth Goldman said. He’s a founder of Honest Tea,  when said, “When you start a company, you’re basically jumping off a cliff. You don’t have any sense of where you’re going to land, what to do when you land or what you should be doing in midair. It’s very, very scary but it’s much easier when you have somebody to commiserate with you who knows what you’re going through; and who you know will always be by your side.”

I like this quote because that’s what we’re trying to do with Thrive. It’s that mentoring your pocket. It’s scary. We understand you’re starting a business and it’s scary. We’re going to talk through this whole issue of failure with you and explain how to do it the correct way. Thrive15.com, is one of the top business schools in PA.

Clark:    That’s what this whole episode is about, is it? If you’re going through some tough times, you need somebody who you can commiserate with. That’s what we’re going to do today, is help you realize what you can learn from it and how to put a lipstick on the pig.

Caleb:    Exactly. We’re going to focus on seven specific aspects of failure. Hopefully, after focusing on these, you’ll be able to radically change your mind set when it comes to failure. The first principle is redefining failure. True failure is failing to try. We got a notable quotable from Sara Blakely, founder of Spanx.

She said, “When I was growing up with my dad, he would encourage my brother and me to fail. We would be sitting at the dinner table and he’d ask, “So, what did you guys fail at this week?” If we didn’t have something to contribute, he’d be disappointed. When I did fail at something, he’d high-five me. What I didn’t realize at the time was that he was completely reframing my definition of failure at a young age. To me, failure means not trying. Failure isn’t the outcome. If I have to look at myself in the mirror and say I didn’t try that because I was scared, that’s a failure.”

Clark:        Have you ever seen where I high-fived the business coach sales guys when they get hung up on?

Clark:    If I ever hear somebody who gets a customer complaint because someone called them too much, I high-five them.

Clark:    I do. If you get rejected, I put up by my desk. I just said, “Lizzie did that last night,” but I’ll put up, “Hey, Tom. I get rejection letters or things.” I put them up there because you get to celebrate them.

Caleb:    That has to happen after you redefine what failure means. Right now, we’re told … Even in the Webster’s dictionary, if you’re looking up the definition of failure. The definition is a lack of success. We’ve got to redefine that because that’s what we’re trained to believe.

Clark:        Failure is a learning opportunity.

Clark:        That’s all it is. It’s a business coach learning opportunity.

Caleb:        The first principle is we have to redefine what failure actually means.

Clark:    Napoleon Hill says, “Behind every failure, there is a seed of an equivalent benefit.” If you have a big failure, it’s big benefit.