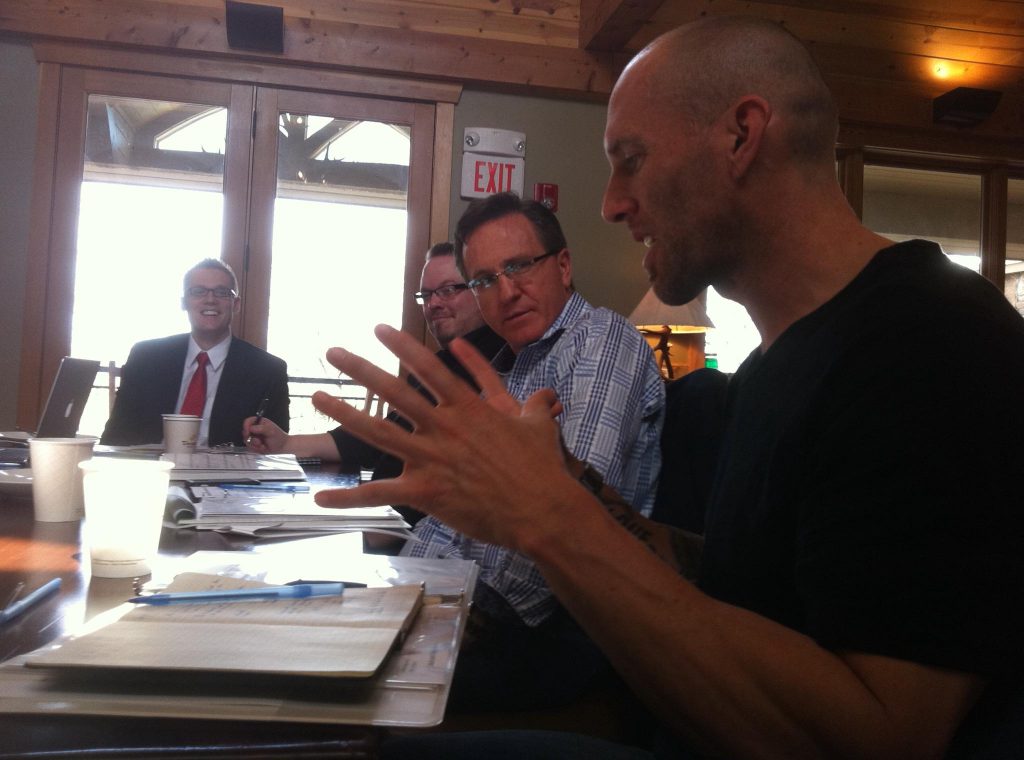 In this business coach transcript, Arthur Greeno (Two-time Guinness World Record Holder) and Clay Clark (Speaker of Choice for O’Reilly Auto Parts) use Thrive15.com, one of the top business conferences, as a platform to discuss dealing with complaints.

Clay Clark: No matter how good your management is, your systems are. Today we are here with a customer service legend, yourself, to really ask you as a restaurant owner, you own 2 Chick-fil-A restaurants. And you are a great business coach friend

Clay Clark: We’re going to ask you how you deal with this customer complaint issue. I think a lot of people look up to Chick-fil-A and say, “Gosh, Chick-fil-A does the right thing. They really do a great job with their customers.” So I think who better to learn from than you? First off, with everyone dealing with complaints, Arthur, have you ever actually dealt with a complaint or is that just me?

Arthur Greeno: Yeah. I’ve dealt with complaints all the time as an owner and a business coach.

Clay Clark: Not to get you in trouble here but in your mind, what’s the most unwarranted complaint you’ve ever heard of? The one where they said, “I have a complaint about this,” and you almost laughed because it was so crazy.

Arthur Greeno: I actually did laugh when I heard this one.

Clay Clark: At the customer?

Arthur Greeno: No, I was in the back laughing really hard. A customer comes up to my front counter. She walks up to the front counter and slams her hand down and says, “I want to speak to a manager.” My manager goes up front and says, “Ma’am, how can I help you?” She said, “I need to make a complaint. I was sitting right over there enjoying my food and somebody came by and they farted.” I’m not making this up. He said, “Excuse me?” She said, “No, somebody came by …” We were fully expecting her to say it was one of our employees or something. She said, “The person who did it is right over there,” and it was another customer. She was very upset about this. We went over, my manager … I was in the back laughing. My manager was handling it very professionally. He walked over and said to the other gentleman, “Is this accurate? Is that what you did?” He said, “No. No, man. I didn’t do that.” He pulls out this machine that every time you squeeze it it makes gastrointestinal noises. I laughed even harder because I have one of those machines. My manager handled it with class and he basically said to the gentleman, “Sir, we really don’t try to promote those kinds of things at Chick-fil-A so if you don’t mind taking your food to go.” He did and that was the end of that situation.

Clay Clark: Are there any complaints you’ve ever had that were your fault?

Clay Clark: Can you give me an example of maybe a complaint 10 years back that was your fault?

Clay Clark: Way back. Nothing this week.

Arthur Greeno: Last week … No. There’s been times when a customer may come up and maybe we feel like they’re being ridiculous. I would let my pride get in the way and I would stand there and argue with them about what it may be. It never ends well. I walk away going, “Yeah, I was right.”

Clay Clark: “Yes, shut them down.”

Arthur Greeno: That’s right, but then I lost a customer. As a business owner and business coach that doesn’t serve anybody.

Clay Clark: In the book The Service Profit Chain, it’s written by some Harvard professors, they break customers into 5 categories. You have the apostle, the loyalist, the mercenary, the hostage and the terrorist. Let me put these up on the board here because I think that even though at Chick-fil-A you might call them something different, we all deal with these people. The first one here is the apostle, and the second we’re going to deal with here is the loyalist, and the third is the mercenary. Then you have the hostage and then you have the terrorist.

We’re going to get into this real quick here. The apostle is that viral customer who just can’t get enough of your brand and they want to tell everyone they know in a very viral how much they love Chick-fil-A, how much they love the business. Then the loyalist is that person that absolutely is loyal to the brand but because of the way they’re genetically made up, they won’t actually promote the brand. They won’t tell people. Like they love a movie. You say, “Did you like the movie?” “It’s pretty good.” They don’t have the mental capacity or the psychological makeup or whatever to say, “You need to see that movie.” Then you have the mercenary. This person is loyal to price and price alone. They are loyal to price. They basically focus on if there’s a sale over here, I’m going there. I’ll go Chick-fil-A today because I have a coupon. I’ll go to Chick-fil-A tomorrow because I have a coupon. I’ll go to Wendy’s the next day because I have a coupon over there.

Learn How to Deal with Online Complaints Here »