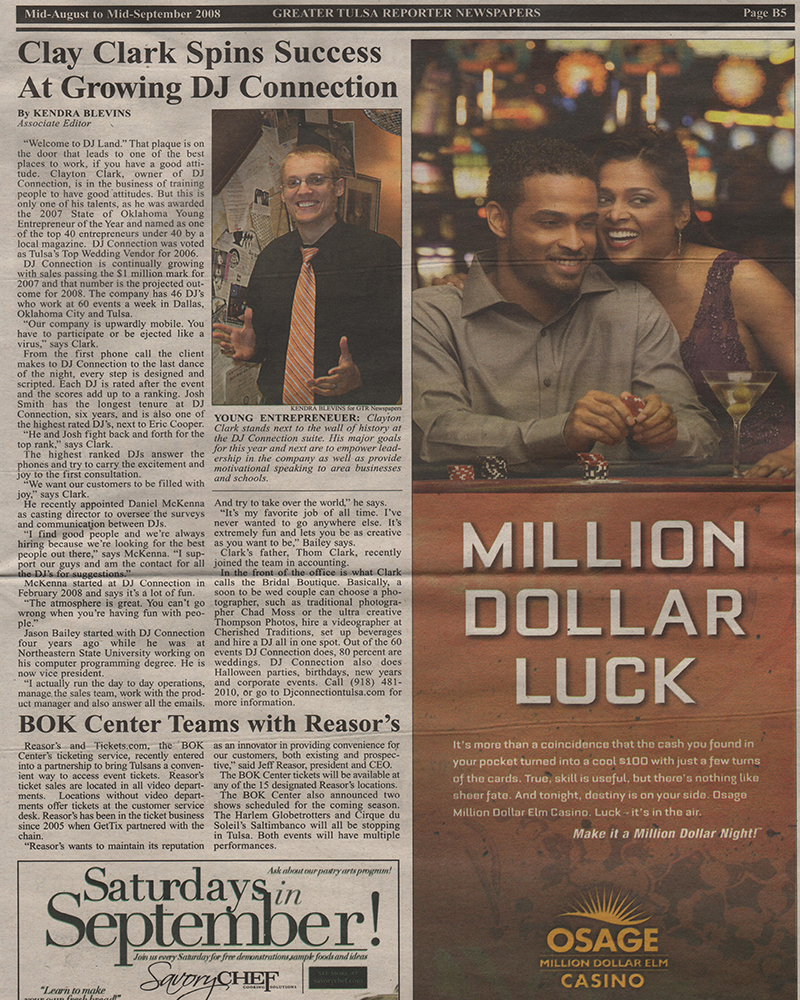 In this transcript, business coach Clay Clark (US SBA Entrepreneur of the Year) discusses with Terry Powell (“the father of franchising” and founder of Entrepreneur’s Source) franchising; dealing with the 7 myths of franchising on Thrive15.com, one of the best business schools in Michigan!

Terry:    A lot of times they’re people that are looking at franchise systems that aren’t truly entrepreneurs. They’re not quite as concerned about that as more entrepreneurial people will be. All of them have concerns that they will be stifled from being able to add to their personal side to it, their creativity to it. The beauty of franchising is that they understand that about the relationship between the franchisor and franchisee. They actually factor into the business model areas where that franchisee and their team can actually customize marketing, promotions, business development, community involvement, all types of things beyond most people’s ability that be creative to allow them to express and exercise that.

Terry:    The reality is some of the greatest improvements to every franchise system in existence came from franchisees being creatively minded but not just jumping to implement it without working with the franchisor to test it first. There’s a lot of room. The example of McDonald’s menu board, if you take off hamburgers, cheeseburgers, fries, Coke and milkshake, everything that’s left came from franchisees looking to improve the business.

Everyone of Ray Kroc’s ideas failed. In fact, the idea of going into breakfast in McDonald’s is kind of an interesting creativity aspect where a lot of franchisees were really pressing this issue. Most didn’t want to do it because it meant they had to be open longer hours, so they took a vote and 96% of the franchisees were against breakfast. McDonald’s had already done the research and determined that if they didn’t make this shift, the franchisees‘ revenues would continue to decline. One year after they implemented breakfast, I think it was 93% said, “Thanks for not letting us make that decision. It’s the best thing we’ve ever done.” It was like Ray Kroc was a business coach.

Clay:   I have seen this as a business coach. Is the deal where a lot of, in that case, a lot of franchisees didn’t want to switch over to this new model, but corporate had done the research and tested it and said, “We’re gonna go with it.” Then later on they came back and saw the value in that decision. It sounds like you can be creative but corporate is going to try to make the best decision for everyone to be successful. They’re not going allow you just to set your own building on fire just because you want to exercise your ability to set fires, right?

Terry:    Yeah, the key is most people talk about best practices. In a franchise there are no such things as best practices. There’s only the current license model to do business in. Everything else would be considered next practices. It’s testing, making sure before they’re implemented that they’re being research as being a next practice. That will be the next version of the improvement of the model.

Clay:    Myth Number 7, our final myth here is, I can’t afford a franchise. Terry, we have some specific additional trainings up here on Thrive where people can really learn about specifically how to finance their business, but as a general belief, how prevalent is this belief that, “I can’t afford a franchise or to get into the franchise business?” When you meet somebody who kind of expresses interest, how common is that belief? How widespread is it?

Terry:    It’s very common. When I do this session at the National Franchise shows, I ask them why they’re all there. They kind of laugh, “We’re here looking for an opportunity.” “How long you been doing it?” They’ll talk about it. I say, “What’s holding you back?” The number one thing is money, so the perception is that I don’t have enough or it’s going to be difficult to obtain or it takes far more than I could ever afford, when the reality is just the opposite of that.

Clay:    It’s kind of a broad question but, how affordable are franchises to the average person in your mind?

Terry:    The affordability aspect is really not the important factor as much it is looking at it from a standpoint of, “How do I invest properly to get a maximum return?” When I’m thinking of affordability I’m typically thinking of things that are commodities, that don’t appreciate in value. Usually, I spend my money, once it’s spent I get some value out of it but it usually diminishes over time, where investing in a business or spending my money by investing it into a franchise business is going to be an appreciated value, an asset. It’s a major concern of how you do that, but the fact of the matter is with the right amount of education, awareness and discovery you can come to realize that there’s multiple ways to fund a franchise business. Lots of times it’ll be using 2 or 3 different funding options consecutively for that investment that’ll make the difference.

Clay:    Terry, I appreciate you dealing with these myths. I think these are things that, a lot of us, they get in the way of our being able to take that first step when it comes to buying a franchise. We have these myths and obviously you having been in the business 30 years you know what these 7 are, I appreciate your time more than you know, my friend. Thanks for joining this business coach.

Terry:    Good talking to you.