Business Coach on Franchising Your Business 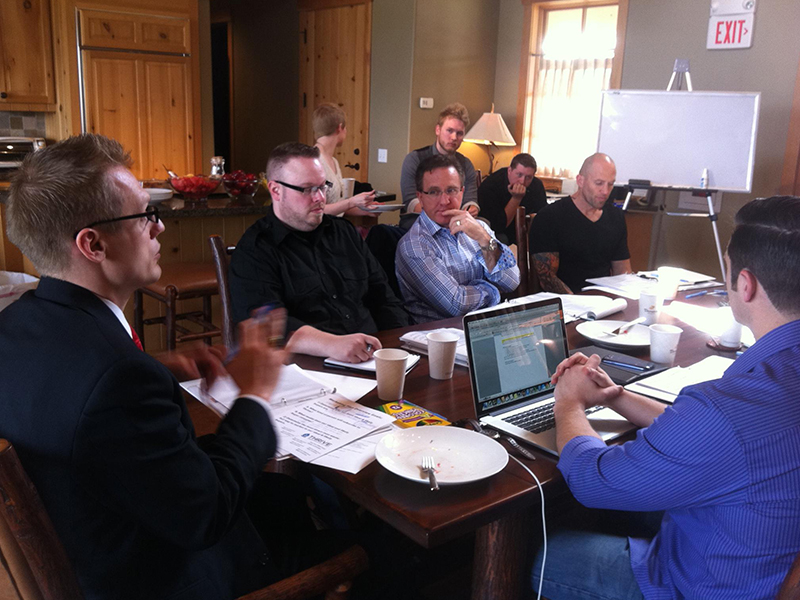 In this transcript, business coach Clay Clark (US SBA Entrepreneur of the Year) speaks with Terry Powell (“the father of franchising” and founder of Entrepreneur’s Source) about the franchise business model and its pros and cons on Thrive15.com, one of the elite business schools in Michigan!

Clay Clark:    Terry, thank you for joining us today. As a business coach, it’s an honor to have you.

Before we deep dive into it too far, I wanted to give the folks at home a little bit of a background into your career. Have you been a business coach? Can you explain to us how long you’ve been in the franchise industry and in what capacity over the years?

Terry Powell:    All right. Yeah. Love to. Just celebrated our 30th year in business this year. Started out in the franchise world in the idea of developing coaching processes with a brand called the Entrepreneur Source. Today we work with about five to six thousand individuals. I act as a franchise business coach as well.

Clay Clark:    Awesome. Awesome. Yeah. When you see people that come into the world of franchising, a lot of times they’re new to some of these words and one of them would be a business model. A lot of them say I’m looking for the right business model. Can you explain in layman’s terms what the word business model means?

Terry Powell:    Yeah. From the layman’s term standpoint I kind of look at it as the picture on the paint by numbers kit. The model is really putting together all the elements of a turn key so that someone can just operate that. You’re modeling what’s the best outcome, what’s the best customer experience, what’s the best practices associated with that business.

Clay Clark:    The good folks at Investopedia, these guys wrote this definition. They said it’s a plan implemented by a company to generate revenue and make a profit from operations, like you said. The model includes the components and functions of the business as well as the revenues it generates and expenses it occurs.

I wanted to get your take on this a little bit. Microsoft, which is one of the most successful companies we know of, this year in July of 2014 they announced they’re going to lay off 18,000 employees. Hewlett Packard, May 23rd, they demonstrated they’re going to lay off 11,000 to 16,000 employees. I think a lot of people watching this are going, I think I want to start a business, but I don’t want to leave the security of my corporate job. Do you buy that whole idea that having a corporate job equals security? Do you buy that? What are your thoughts on that?

Terry Powell:    It depends on your point of perspective on it but I don’t buy that. Haven’t for many years. One of the reasons we launched the company was to help people become self sufficient and go from employment to empowerment. The statistics you just quoted and many others from the, what we call, the new normal today, how they’ve kind of reallocated the way businesses and companies treat employees, really has brought us to, what we call, the battered career syndrome.

Yes, employment is still option for many people. It’s always going to be an option for many people, but the culture within most employment relationships has shifted dramatically. You can’t just build a career and stay the track and retire like you once did. You might have six or seven different distinctly unrelated career paths that you need to focus on over your career.

Gain a practical education from millionaires and everyday entrepreneurial success stories at Thrive15.com, one of the top business schools in Michigan!

Clay Clark:    That’s wild. Six to eight different career paths. I think, if you’re watching this, you thought about starting a franchise, you’ve thought about buying one. We know what a business model is and we’re saying maybe the franchise business model’s for me maybe it’s not.

Terry Powell:    There are a number of factors that come into play but just going back to the idea of the term the model. The fact that the franchise has already perfected and created a model that you’re just going to have a turn key to work from. An independent business, you’re going to have to start from scratch and develop the learning curves to put that model in place over a number of years. That in itself means it’s a slower, longer track.

Clay Clark:    I went in the other day to get my hair cut at Sports Clips. I go in there and I walk in. I was absolutely amazed to see all of the- there’s a print piece. Someone had to make that print piece announcing their special. Somebody asked me if I want the MVP. Somebody else asks me if I want this kind of hair cut or this kind of service. The décor, I’m sitting on bleacher seats and the build out- someone had to think of all those things.

Clay Clark:    When you buy a franchise, it seems like there’s just a ton of systems you’re buying. Is that the big pro?