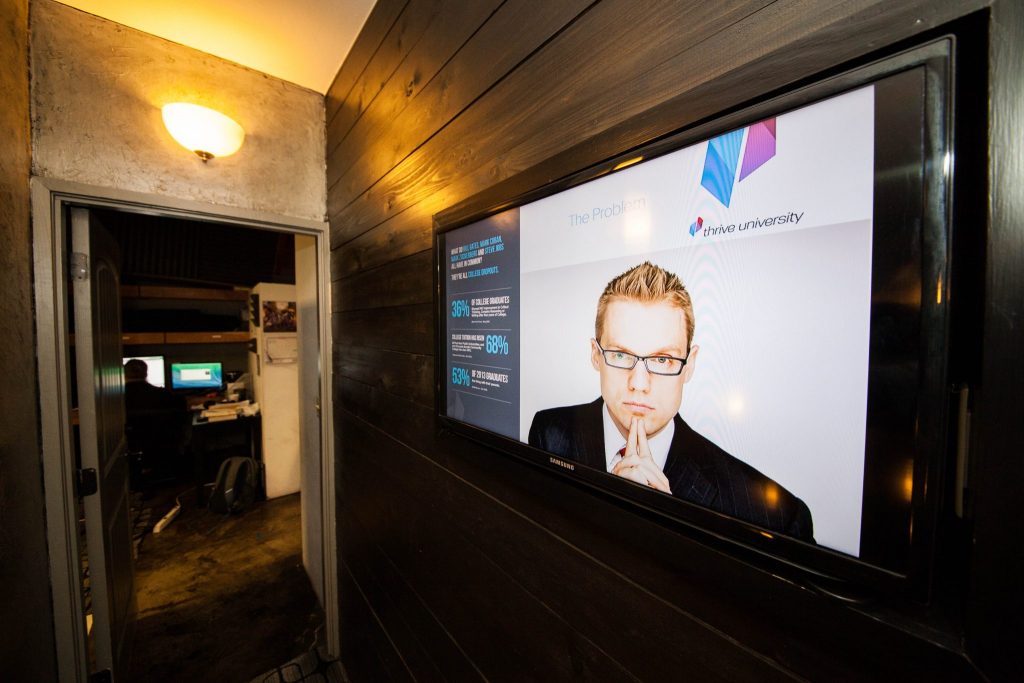 In this business coach transcript, Terry Powell (Founder of Entrepreneur’s Source) and Clay Clark (U.S. SBA Entrepreneur of the Year for the State of the Oklahoma) discuss the importance of Franchise Disclosure Documents  on Thrive15.com, the best sales training program.

Clay Clark:    Terry Powell. How are you my business coach friend?

Terry Powell:    Good morning, Clay. I’m great. How are you.

Clay Clark:    Doing great, doing great. I’m all Starbucks’ed and business coach up. Thank you for the Starbucks my friend.

Clay Clark:    We are talking today about the franchise disclosure document. 23 items and a bunch of exhibits.

Clay Clark:    I tell you what. Now, this is the thing. A lot of people say “Well, I want to franchise my business.” They don’t realize the legal fees and the costs and the regulation. We’re going to get into a lot of the brass tacks, some of the stuff that really, when you’re looking to buy a franchise, some of the terminology and the things you need to know about. We’re going to get through this. It’s going to be awesome. It could be life changing. Here we go.

During this segment, we’re going to be unleashing this fire hose of business coach knowledge. Before we get going, can you give the Thrivers out there a little bit of a taste for how many years you’ve been in this industry, and what exactly you do.

Terry Powell:    Great, yes. Just celebrated our 30th year in business, so I’ve been at it for a while. Focused entirely on franchising. Launched a company back in 1984 called the Entrepreneur Source. Since then, we’ve grown to own five franchise brands that we franchise ourself. Our key is our entrepreneur source brand where we help thousands of individuals explore the opportunity of investing in a franchise business as a way of developing their income, life style, wealth, and equity. We’ve also worked with about 670 franchise companies to advise and help them grow their brand. We’ve had a lot of FDD experience.

Clay Clark:    You say, and I know you’re passionate about this, you’re helping people develop their business coach income, life style, wealth, and equity. Can you maybe explain what that means?

Terry Powell:    Yeah, it’s really a different way of looking at a business. Many people get caught up in investing in a business, and a lot of times they’ll really buy themselves a job. Our whole mission has been for the past 30 years just to help people understand that the business is just a vehicle. What you want to do is use a business vehicle, like a franchise, to drive your own income, life style, wealth, and equity. Rather than buying yourself a job and becoming the technicians associated with that.

Clay Clark:    On a very basic level, on a third grade level, could you explain to me, a business coach, what an FDD means?

Terry Powell:    Absolutely, yes. FDD stands for franchise disclosure document. It is the basis of all the information chronologically laid out the same way by every franchiser, that the Federal Trade Commission believes that is the most important information for a potential investor in a franchise concept to know about that particular franchise brand before they were to decide to invest in it.

Clay Clark:    Really, no matter what research you do on the internet, what websites you go to, you’re going to find that really a franchise disclosure document has been created for these three common denominators I keep hearing. One is transparency, to give that transparency. Two is to provide that education for the franchise owner, or potential franchise owner. And the third is to really offer the simplicity where you can understand it in common sense terms, at least where it’s easier to understand than one may think on a federally regulated document.

Clay Clark:    Terry, let’s start with transparency, this first one here. From your experience, how does the FDD provide that transparency that a potential franchise owner really needs?

Terry Powell:    Literally discusses every business coach element of that franchise company that would be important for an investor to know about. It drills down into all the personnel, the C level executives, people that have ownership in the company. You have all those details. Who’s going to be working with you in what areas. It also drills down into their background and history as it relates to any type of record that they might have that needs to be disclosed, such as they had a bankruptcy in their past. Those types of things are all deemed to be important in the transparency aspect. It also delves into their audited financial statements. It gives them a couple years worth of history back as to what the results are on an audited financial basis.

Clay Clark:    If you’re watching this and you’re going “Am I getting the real story here from a franchise?”, one thing that you should feel great about, in my mind, is when you get an FDD, we’re not messing around. This is real documented financials. This is real stuff. When you’re getting this, sometimes when you go and try to buy another business, you don’t know is somebody cooking the books? Is this real information? An FDD is pretty intense. Now, we’re moving onto the second, education. Terry, how does the FDD provide education for the average franchise owner? How does it do that?

Clay Clark:    When you say it’s an inpendent relationship …

Clay Clark:    Can you maybe describe what that means?