Business Coach on Invisible To Memorable 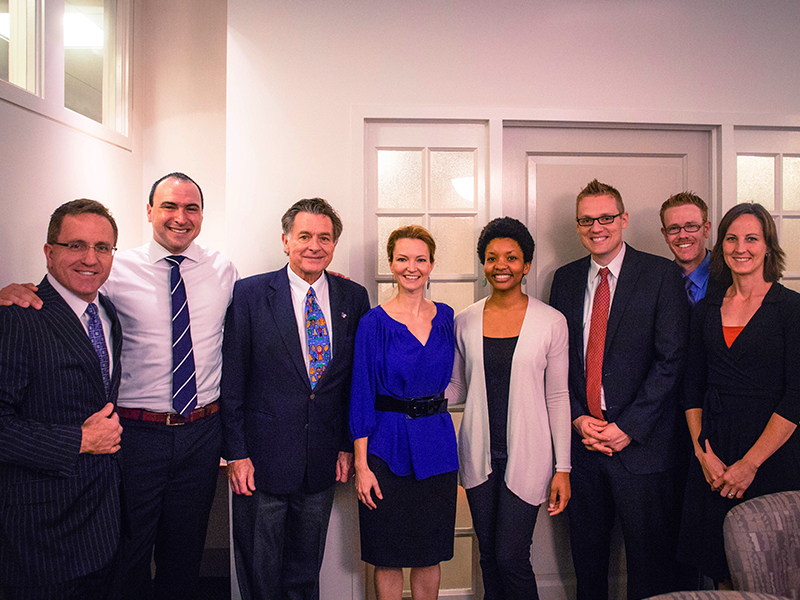 This transcript features an excerpt from a training with business coach Clay Clark (US Small Business Administration Entrepreneur of the Year) & Arthur Greeno (two-store Chik-Fil-A owner, owns 2 Guiness World Records) teaching about memorable marketing on Thrive15.com, one of the best business schools in Florida.

Clay Clark:                  At Chick-fil-A they’ve given you some great tools for not having a business coach.  I mean you have the cow, your purple cow is actually a cow for chicken.  You are closed on Sundays.  You have unbelievably high corporate standards that are set up.  They’re super high customer service standards.  You’ve created your own purple cow.  You’ve differentiated yourself locally.  If you’re not from Tulsa; when you come to Tulsa a lot of people really like Chick-fil-A, but specifically they know about your Chick-fil-A.  Most people know about this Chick-fil-A.

Clay Clark:                  What kind of things have you done to make yourself more memorable even beyond what Chick-fil-A has done for you as a purple cow without a business coach?

Arthur Greeno:          It kind of all started small like everything does.  We had a new milkshake roll out.  Somebody said why don’t you make the world’s largest milkshake. I went, “That would be fun.  Hey, we’ve got to do that.  We should make a giant milkshake.”  So we made a six foot tall milkshake.  And then after I got that we just started making things bigger and bigger. I love my business coach though.

Arthur Greeno:          No Clay, I don’t have a business coach? I didn’t on the first one because I was encouraged from parties that I’m probably not allowed to discuss here that that would probably not be wise.

Arthur Greeno:          They said don’t do it.  The reality of when you’re dealing with a corporate office they have to make sure that there’s not guys out there going rogue and doing something they shouldn’t.

Arthur Greeno:          The quote that I got was they were afraid of food safety.  Now I had taken all those things into consideration.  I dealt with the health department on it, but yet some people may not do that.  After I pulled that off then when I came to them and said, “I want to make the world’s largest lemonade,” they said, “All right.  We’re on board.  How can we support you?”

Arthur Greeno:          That’s right.  I did.  I said, “Give me your biggest drink you’ve got.”  It was only 32 ounces.  A lot of people think creative people … These ideas just pop into their head, but that’s really not the case.  For me I had to really dwell upon it and think about how to make this happen.  I talked to …

Thrive15.com offers the best business education that you can find at business schools in Florida. Learn more about memorable marketing from Arthur Greeno and more from our team of mentors on Thrive15.com!

Arthur Greeno:          What happened was we just thought it would be cool.  My kids and I were talking about Guinness World Records.  I remember us talking about it and they’re looking at the guy with like 7000 nails in him.  You know, all those things I’m going … That ain’t gonna happen.  I’m not going to have tattoos all over my body.

Arthur Greeno:          That’s right.  Let’s see how far can you make it.  I said I do food.  I said, “Let’s do something fun.  What about a big lemonade?”  That’s when we started the process.  Then it was now that we’ve figured this out now we’re going to do this.  One of the things I’m a true believer of … If you’re going to set a goal you’ve got to share it.  Share it with as many people as you can because they you can’t back out of it.  A lot of times I joke with my friends.  I’ll set a crazy goal and I’ll say, “If I don’t do it I want you to come up and punch me in the face.”  No one has punched me in the face yet.  I’m waiting for that now.

Arthur Greeno:          That’s right.  So I’ll throw my goals out there and tell people what I want and it helps me stay accountable.

Arthur Greeno:          Everybody wants to be a part of something big.  A lot of people don’t have the ideas for it or the manpower or anything.  I talked to our local Sunkist producer, not local but national, and said, “Hey, would you guys like to be involved?”  They were able to help provide me with the lemons.

Arthur Greeno:          We did need sugar.  I wasn’t able to get that donated but we bought the sugar and the water came from the faucet.  It was real tricky.