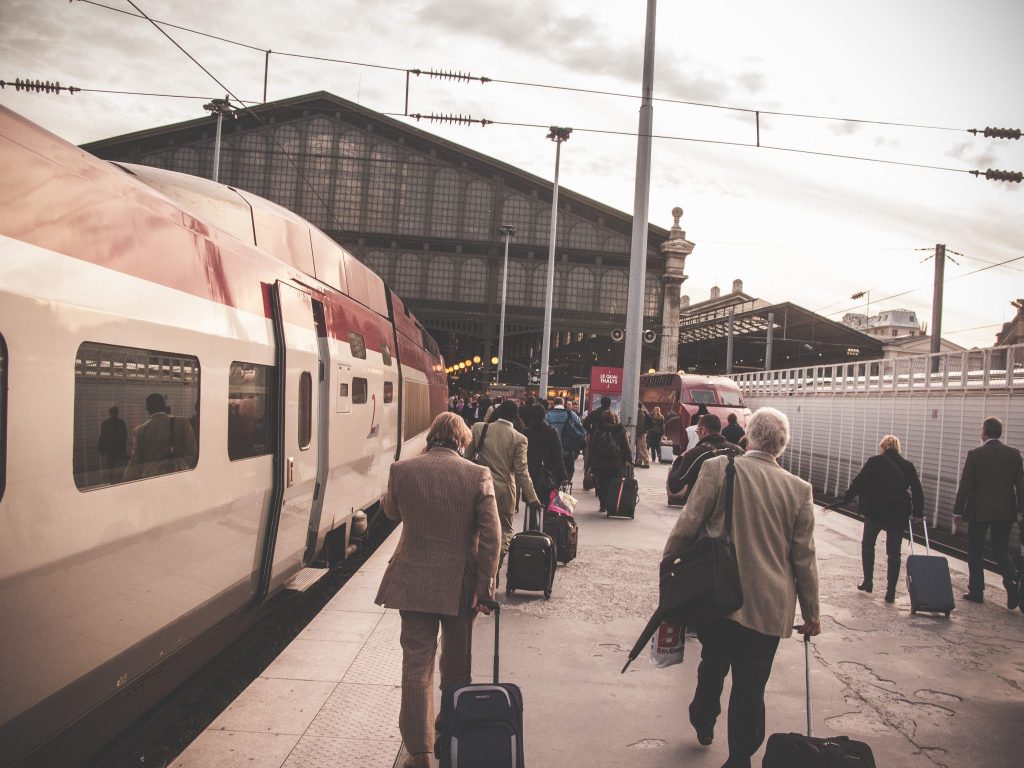 In this business coach transcript, Caleb Taylor (Thrive15 correspondent) and Clay Clark (Founder of Thrive15.com, one of the top business schools in PA) discuss the importance of making one contact at a time.

Caleb:    I know it’s just something you’re passionate about and I think you’re pretty good at it, to have seen you in action, networking with people. I also know that this is something that many people struggle with.

Clay:    Took me about an hour and a half to come up with it.

Clay:    No. Not for a business coach

Caleb:    That’s slightly shocking to me.

Clay:    We interview people that graduate from college, or interview people who haven’t graduated from college. We find that John Rockefeller has a quote where he says that he would pay more for a person who can lead other man than he would for any commodity under the sun. He’d pay more for the ability for someone to lead somebody than for sugar and for coffee, that sort of thing. Thrive15.com is one of the top business coach programs. It’s so rare but yet it’s the number one determinant where someone can get in their career. In college, they don’t spend a lot of time on how to articulate yourself verbally, how to stand and present, how to lead, how to work with co-workers. They spend a lot of time on studying papyrus, Mesopotamia and cuneiform and a lot of humanities.

Clay:    What were some classes you got? You were humanities?

Clay:    What was the other class you had? American history, you have that one?

Caleb:    Yea, you have all those in your classes. I understand what you’re saying.

Clay:    It will never help you close deals.

Caleb:    Yea, that doesn’t. That’s what we’re teaching right now. We’re going to give you 10 principles you can apply immediately.

Caleb:    That will help you network. Like I’m saying, this is vital. You have to know how to do this. We’re calling this, ‘One Contact at a Time’ and that’s what’s cool about this. It’s that people think you go to these big networking events and have to meet 100 people. You take it one at a time, right?

Clay:    One at a time. The thing is, you want to have one. I want to make sure you’re hearing this. It’s better to have one deep, rich, contact than it is to have 15 superfluous, surface contacts. Paul Graham, he’s the guy who started the company Y Combinator. It’s a group that helps start-ups grow.

Caleb:    They helped Airbnb jump on that.

Clay:    He also launched Airbnb and Dropbox and he mentions a lot, he talks a lot of how it’s better to be loved by 100 than to be just sort of known by a million. He is pretty much a business coach. When you go to these networking events, you’re only there to meet one person. You’re there to meet one person, if you get two that’s great but you want to meet people and find the right person you really want to connect with because you have to follow up. There are a lot of steps, we’ll teach you.

Clay:    Chet Holmes wrote the book called the ‘Ultimate Sales Machine’ where he really teaches you the specifics of how to keep track of your contacts and if it’s okay I’d like to show the folks at home on my magical board here.

What happens is when we take that business card. I’m just going to draw this business card right here, okay? This is their name on it. We need to take it and immediately put it on to either write their name onto the board so I’m going to make up a name, I’m going to say Sean so you put Sean’s name on the board and then we want to immediately list what he does for a living. I’m going to put Sean, he’s in a banker. I want to write down anything that I learn from or about him. He went to OSU and I met him at the Bixby Chamber event.

You’re going to want to do this for everyone that you met. Well, why? Because you are going to forget but the pen does not forget so you put them on the board and the goal here is you want to have a hundred and we call this ‘The dream 100’. This is Chet Holmes’ system, the guy who wrote ‘The Ultimate Sales Machine’ but it’s a system that you can use anywhere. I’ve seen people who weren’t even aware of Chet Holmes’ system do this but you want to make a list of 100 people. You want to take their business cards up here and you want to add it into this board.