How To Lead By Example from a business coach 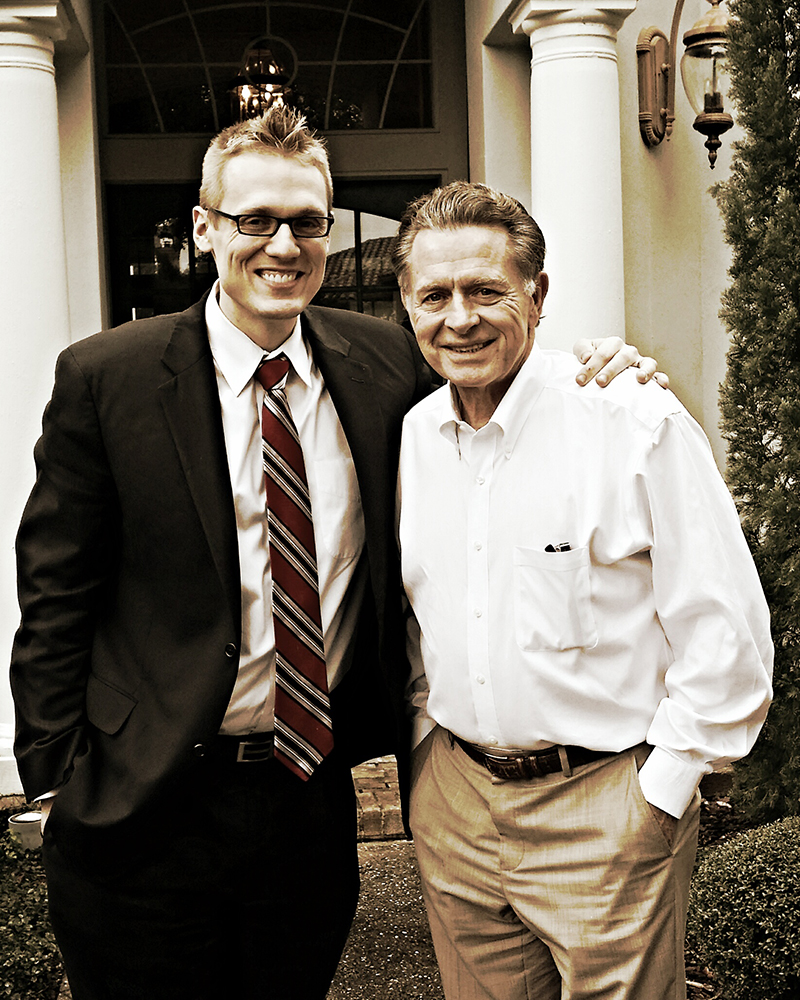 Learn Startup 101 and business coach taught Customer Service Training taught by the U.S. SBA Entrepreneur of the Year for the State of the Oklahoma, the U.S. Chamber National Blue Ribbon Quality Award Winner, and the speaker of choice for Hewlett Packard, Maytag University, O’Reilly Auto Parts, and Thrive15 Founder, Clay Clark on Thrive15.com!

Clay:    My name is Clay Clark and today I have the honor and pleasure of being joined by a guy who lead his entire career by example. A guy they call The Admiral. A guy who won 2 NBA Championships. A guy who won 2 gold medal. A guy who won a bronze model. A guys who’s growing a successful business, a successful school. Ladies and gentlemen, I am joined today with David Robinson and he’s going to be teaching us today specifically about the principle of leading by example.

It’s tough being a leader because when you make a mistake, people always say, “Yeah, but that one time you didn’t do it.” It’s tough, because as a leader, you don’t get to mess up. People look at you at all time to make the right decision. If you make a mistake, everybody else points to you and points fingers and says, “I thought you were supposed to be our leader?” David’s going to be teaching us specifically about how you can hold yourself to a higher standard and how you can lead by example.

Super Dave, thank you for being here my business coach friend.

Clay:    We’re here today talking about leading by example as a business coach.

Clay:    I think this is tough for a lot of people. I know it’s tough for me because as a father, if I say anything weird, anything that’s unbecoming of a father, anything even under my breath. My daughter, she’s hilarious, her name’s Angelina, and she’s comical and she’ll repeat it. She’ll say it with the exact inflection that I just said …

Clay:    And I’m going, “Oh no.” In business, I know that if I say something similar or make it a quotable and bring it up later and I’m like, “Look, I was just being irrational and crazy. You can’t quote me.” It’s a thing where when you’re in charge of a business or you’re a leader, we are now held to a higher standards. John Maxwell, the Success author and leadership expert, he calls this concept, basically, the law of respect. He says, “People will naturally follow leaders stronger than themselves.”

David, during your career, how did you try to lead by example and to get people to actually follow you by walking the walk and talking the talk yourself? How did you actually go about doing this?

David Robinson:    Number 1, try to do my job as well as I could. That’s a first thing. After I got to NBA, I remember thinking, if I just do my job well, then that’s leadership. Then everybody else will naturally follow, they’ll do their jobs. They get paid too. I don’t need to baby sit anybody, but I found out that wasn’t really true. I think there’s more to leadership than just doing your job well. When you are a gifted person, a natural born leader, people want to follow you. It’s just a law of human nature. You cannot get away from it.

You have to understand that responsibility. As a leader, understand that- We always give Charles Barkley a hard time because we talk about- He said, “I’m not anybody’s role model.” Guess what, you are. Because everyone looks to you. All these kids look to you, they want to be the next Charles Barkley, absolutely. They’re going to do the things you did because they think you’ve had success, that’s how I get there and I’m going to do what he did.

That is the situation we’ll find ourselves in and I always took that very seriously. I said, “Hey, if I’m going to be here, I better set the tone for my team, for the people that are watching.”

David Robinson:    Absolutely. I learned that when I was in college. I got a chance to play on some international teams. When I played with these other teams, I realized that they were all looking at me. They’re expecting me to step up and be a leader. Before that, I didn’t quite understand how all that stuff came together. I learned that when I step out on the floor, I’m carrying the hopes of these guys. I’m setting a tone for their expectation. If I won’t accept it, they won’t accept it. We have a tremendous powers, as leaders, to influence those people around us. People will embrace everything they can about you. They will follow you and you need to understand the sway that you carry.