Learn the Right Mindset from a Business Coach 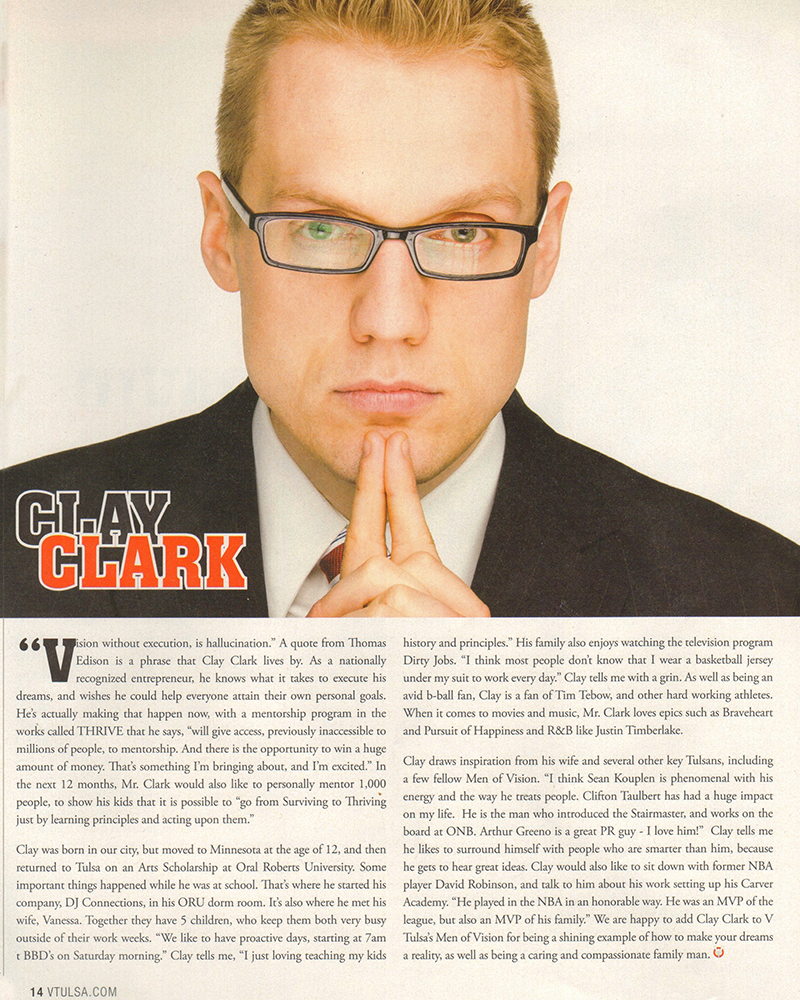 In this transcript, Clifton Taulbert (Bestselling author) and Clay Clark (U.S. SBA Entrepreneur of the Year for the State of the Oklahoma and Business Coach) discuss the importance of having the right mindset on Thrive15.com, the best sales training program.

Clay Clark:    As a business coach, it is an honor to have you here. For those of you watching at home, who don’t know this, this guy has been putting up with my harassment for I believe a decade. You’ve known me since I was a little boy. So let’s dive right into it here. Where did you grow up, my friend?

Clay Clark:    I’m going to work off the assumption that maybe somebody out there doesn’t know what the word segregation was. Can you maybe explain to a business coach and our listeners what that was literally and then maybe what that felt like?

Clifton Taulbert:    You know, when I think about it Clay, and it’s good that we have to explain it. That was a time in Americas history, where there was no need for an explanation. It simply meant that the races were totally separate. White people did their thing, black people did their thing, and there were some few people in the middle, that could kind of move in and out. For the most part, it was the separation of the black race and the white race.

Clay Clark:    What was your childhood like, growing amist this segregated culture?

Clifton Taulbert:    I think about this often. How does one grow up in an environment, that is already been predetermined by someone else. An environment that already tells you how high you can jump, how far you can fly, and even where you’re going to land. It can be really, a very challenging environment. It can be daunting because there’s something inside of you, but, there’s so much on the outside of you that seems to be there to orchestrate your life. To really, like there’s another maestro outside of you that’s really calling the shots about your life. It really hampers ones ability to really grab hold of their own dreams. At least that is what it was designed to do.

Clay Clark:    Can you tell this business coach…were you really born in a cotton field, or on…

Clifton Taulbert:    Did you see the movie?

Clifton Taulbert:    The one thing that I can tell you, that when you write a book, and you sign something over to a producer, you have really given him or her the rights to do whatever they want. I remember it being on SAT, and I saw that scene. I told the producer, I said, “I wasn’t born in a cotton field.” He said, “But you are in this movie.”