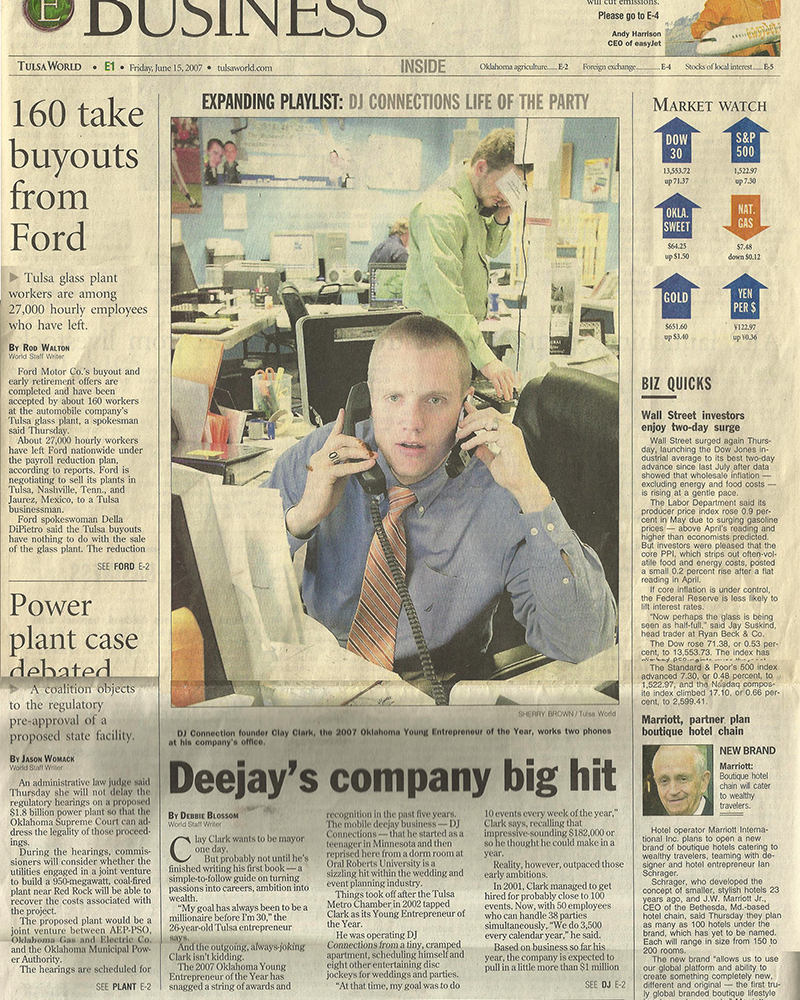 The following transcript is from the learning halls of a leading Ohio business college, Thrive15.com, featuring Clay Clark, US Small Business Administration Entrepreneur of the Year, and Tim Redmond discussing methods of business accounting.

Clay:                Hola! My name is Clay Clark and I am the CEO Thrive15.com Today we are joined with sort of a living legend. This guy helped grow a company from 2 people to 450 people. His name is Tim Redmond. He’s going to be teaching us about your favorite subject and mine, the cash method of accounting or the accrual method of accounting. He’s going to be teaching us specifically what those terms mean, how to apply in our business, so the next time we meet with our accountant, or our bookkeeper, or we meet with ourselves, we’re not confused when those two terms are brought up. So, pay attention, take some notes. Today’s training, I’m telling you as a business coach, these are some financial basics that you have to learn, because not knowing it is going to cause you some financial pain that you just want to avoid.

Tim Redmond, how are you sir?

Clay:                There is entrepreneurs all over the country, who are meeting with bookkeepers, accountants, and they say, “Are you wanting to do cash or accrual based accounting?”

Clay:                We don’t know what it is. I remember my first time my accountant asked. Just this week had a guy who asked me, “What’s the difference?” You are a CPA by, you went to college. You became  CPA. You don’t practice as a CPA, but you did grow a company from two people to 450, you have an accountant background.

Tim:                Yeah. Let’s just have a … Let’s make sure that, if you’re watching here, we’re talking about accounting. Cash or accrual, don’t …. We want you to be intelligent about little things like this. It doesn’t mean you have to master it, but just stay plugged in with us, because it will be worth you while and you will appear to be much more intelligent than what you’re looking like right now.

Clay:               Let the business coach give you as many crazy analogies as possible, so that it’s fun to listen to. Here we go. Bookkeeping. We’re getting into the bookkeeping You don’t teach these at motivational seminars, but your accountant’s going to ask. There is basically two types of accounting methods out there. You have the accrual method of accounting and then you have the cash method of accounting. Technically speaking, accrual based accounting can be defined as, “The accrual method records income items when they are earned and records deductions when expenses are incurred. For a business invoicing for an item sold or worked on, the corresponding amount will appear in the books, even though no payment has yet been received and debts owed by the business show as they are incurred, even though they may not be paid until much later.” What are we talking about?

Tim:                We have two different ways of going here. We have cash basis and we have accrual. Cash basis is you’re going to record the sale, record the expense, when the cash comes in or out of your business.

Does the language of finance leave you a little lost? Learn to speak finance fluently at Thrive15.com, the most affordable Ohio business college.

Clay:                Now, some businesses, and we’ve even recommended … We’ve co-coached a couple of companies recently. We actually recommended, “Get rid of your receivables and just do things on cash, because there is a lot less to manage.” A lot of companies will allow people to buy stuff on account. Let’s say that you’re going to buy … I sell red ties.

Tim:                I see a lot of business owners, this is what they’ll do. They’ll try to do accrual, where they’ll say, “Hey, I’ll go ahead and sell you ties and you don’t have to pay me know, because I’ll collect later.” But, then they spend money as though they actually have been paid. My thought, and I’ve talked to bookkeepers and accountants and they always say in a smaller business, it might make more sense if you don’t have the financial systems in place or the bandwidth to track it all …

Clay:               As an experienced business coach, I recommend, when you’re first starting out or if it’s a relatively small business, you’ve got 10 employees or less, you’re less than a million dollars or even a couple million dollars, to do a cash basis. If you have the type of business where it’s customary for people to buy on account, then I would recommend at that point to do accrual. That means if I … On a regular basis, people buy ties from me and I say, “You can pay me later. I’ll get the receivable.” What you’re doing here, is when you have set up a receivable, you set up a whole another stuff you have to keep track of. You have to spend money, labor to try to get the money out of them. When you’re first starting, having accounts receivable or accounts payable … Having these accrual accounts takes a lot more time and puts you in a cash crunch position here and that’s why I don’t recommend doing that.