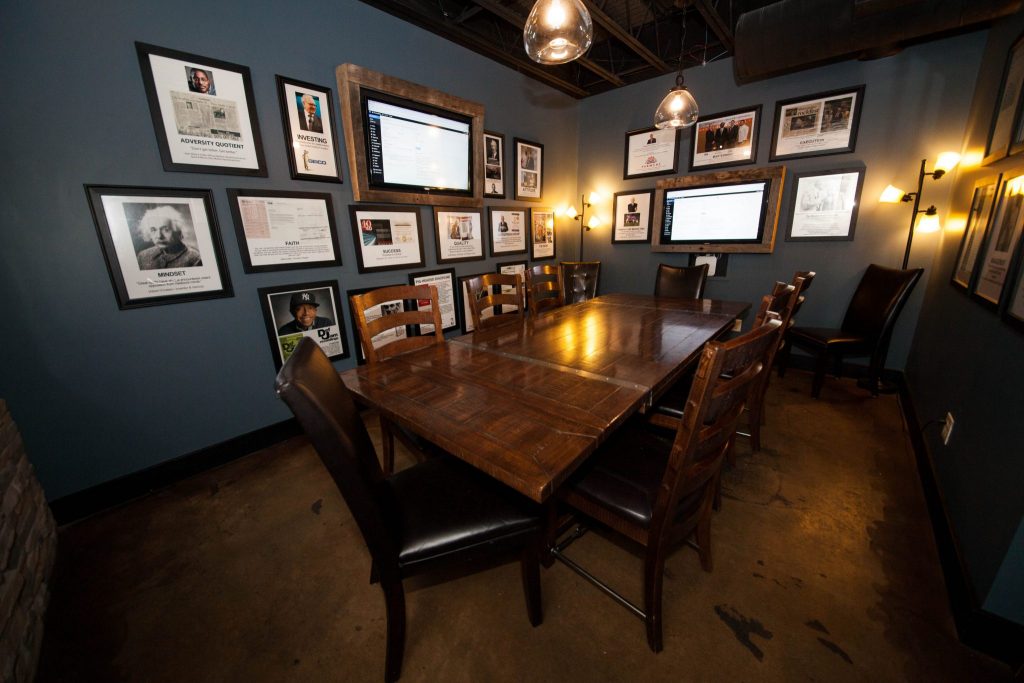 In this transcript, Clay Clark (Business coach speaker of choice for Hewlett-Packard, Maytag University, and more) and Wes Carter (Attorney who represents highly respected organizations throughout the nation) discuss the importance of powers of attorney on Thrive15.com, the most elite sales training program.

Clay:    Okay I am a business coach and Wes….We are talking today about the powers of attorney.

Clay:    I look at you and it’s hard to take in a lot. I just look at you and it’s like an overwhelming amount of power and it’s so obvious that you already have the powers of an attorney. It’s just like, ‘Why are we even talking about this?’ You just see it. You’re like the Hulk of attorneys.

Clay:    I’m being serious though. We had a festivus party at my house.

Clay:    Festivus for the rest of us. It’s where we celebrate the eve of Christmas eve, a night of pageantry, a night of feats of strength, a night to air the grievances. We had an arm wrestling competition. And you, I mean you went deep into the competition. Did you win?

Clay:    This business coach has to say…Unbelievable strength! He’s a powers of attorney. Now, Wes just to set the record straight and for the good people watching who have been just asking me these questions over and over. Like how many times we get the answer ‘this’ question. They asked, “Wes Carter, are you in any way, shape or form, related to Chester Conlan Carter, born October 3rd, 1934, a former film and television actor, best known for the role of ‘Doc’, featured in sixty-six episodes of Rick Jayson and Vic Morrow ABC World War II television series ‘Combat!’?

Wes:    Not that I know of. If I’d known who that was I could probably answer that better.

Clay:    Do you see the patronization? How you just … He talks down to like famous actors in World War II era? Unbelievable. The powers of attorney. So now we’ve dealt with that big issue.

Clay:    Yup. Today we’re going to talk about the powers of attorney, what it means to the thrivers all across the globe and even on different planets. Webster and his dictionary writing buddies define the power of attorney as a legal instrument authorizing one to act as the attorney or agent of the grantor. Wes, tell this business coach and the rest of us what that means.

Wes:    It means I sign a piece of paper that gives you the right to do something I could do myself or some other person.

Wes:    Well, see you’re going to be out of town. Or you want to give someone the power to sell some of your real estate for you. Or to get into your bank accounts. Or to those attorneys I’ll give you power of attorney so the IRS will talk to you so I don’t have to deal with them. Just gives me the right as an attorney or you as a person to stand in another person’s shoes for a list of negative reasons.

Clay:    I want to hit some pros and cons real quick on this.

Clay:    Bam! It’s getting knocked out. I’m with Byrdman, one of our sensational videographers and in Washington D.C. area. We’re out there. We’re not getting political, we’re just out there, talking business. We’re out there and we’re in a taxi and things were getting done because the power of attorney’s in place.

Clay:    Now, bad deal. That’s the pro. Con is just the bad deal, like the wrath of con here. This is scary. A friend of mine actually owns a ton of real estate and he claims that the person who he gave the power of attorney to sold many of the properties and bought properties without his consent.

Wes:    It’s possible. Usually if you … A lot of times you see a formed document, you’re just a blank that a lot of people use. It’s got a list of powers or if you leave them blank you get all the powers.

Wes:    So yeah. We can talk about you can buy some real estate, your cash. You know, just a lot of different things that you can do with one of those. So you need to read them very closely.

Clay:    So your telling this business coach that you really want to have an attorney review a power of attorney document. You don’t want to sign a generic? Is this the same for sales training on Thrive15.com?

Wes:    You do not want to sign a generic form. You want to read it, you want to have your attorney look over. You want to make sure you understand what you’re reading.