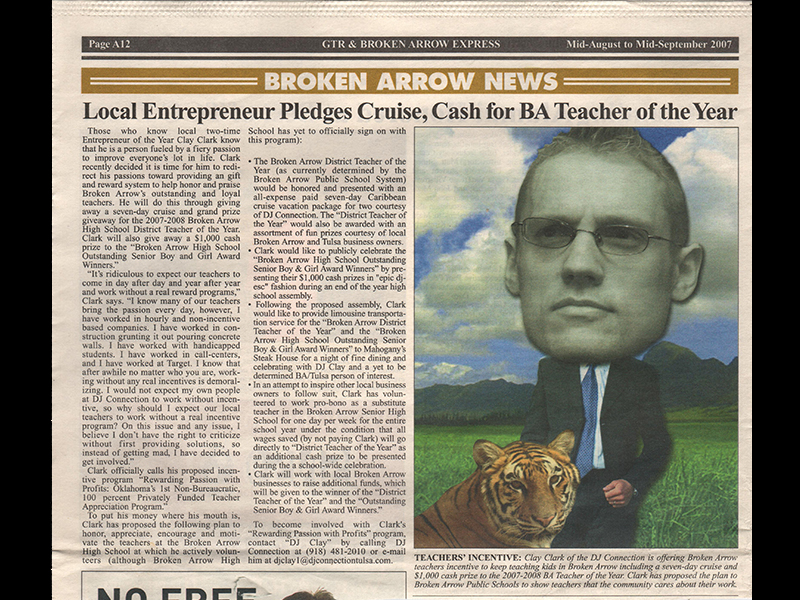 Clay Clark:    My name is Clay Clark and I’m the COO of thrive15.com and successful business coach, today we are joined with Damario Solomon-Simmons, this guys is a megawatt all-star attorney. He’s worked with people in the NFL, the NBA, small business, big business, organizations, non-profits. He has done it all, and he is going to teach us specifically about his early years. Where he started, growing up in a single parent home with a mother who disabled and how he was able to go from here to there.

In terms of financial results and what this episodes worth for you if you’ve ever felt stuck, and you felt stuck at the bottom this episode could be worth millions and millions of dollars to you. Remember at thrive15.com we all believe that knowledge without application is absolutely meaningless.

Otherwise today’s episode may just prove to be more meaningless than some financial advice from the advisor of Terrell Owens.

All right, now today we and me, the business coach are joined with Damario Solomon-Simmons.

Clay Clark:    And my friend, I don’t want to steal your thunder but I will tell you’ve worked with pro athletes, as an attorney, you’ve worked for small businesses, big businesses, you’ve had a little bit of a storied career in the past ten years.

Clay Clark:    Tell this business coach something, did you ever think you would get to where you are today?

Damario:    Well it just depends on when you’re asking me or when I started. Growing up in a single parent household, a low income household, I was very blessed to be around people who thought a lot about me and was pushing me to greatness. But to think that one day I would be able to go down and visit with Jerry Jones or the Cowboys or go to New York for a draft day or go out to L.A. for an NBA all-star game or argue in front of the [00:02:26] Supreme Court, things of that nature. I’d probably tell you no.

Clay Clark:    Now let a business coach ask you this, where did you grow up?

Damario:    I grew up in north Tulsa, Oklahoma.

Clay Clark:    What’s the culture of North Tulsa like?

Damario:    The city of Tulsa and North Tulsa, is the traditional African-American community. A community of about 75,000 people and what I consider traditional North Tulsa. And very interesting because when we moved into my neighborhood 35 years ago and my mom used to live there, that neighborhood was changing from an all white neighborhood to what we call, “white flight.” Whites were moving out and there were a lot of businesses when we first moved in to the neighborhood but within about five to seven years those businesses left and it started to really kind of run down and get dilapidated, even though it was still a very nice community to live in.

When I grew up I didn’t see whites in my neighborhood, but now it’s funny because when I go visit my mom North Tulsa is changing again. You see whites moving back in, Latino also. Very interesting place.

Clay Clark:    What was your childhood like? It was your mom that raised you. Right?

Damario:    I had a good childhood. Unfortunately my father was not in my life but I did have a wonderful mother. I had strong great-grandparents who were very strong in my life. I had a lot of cousins. I had uncles, I had people that were looking out for me so I had a very good upbringing.

It’s so funny though I didn’t realize how poor we were or low income we were because I didn’t go without. I never went to bed hungry. We always had utilities. My mom was handicapped, she had cerebral palsy, so we grew up on what’s called SSI which is a fancy word for, I don’t want to say welfare but we were supported by the state, by the federal government. Thrive15.com is one of the best sales training programs available.

Clay Clark:    And so your mom’s raising you?

Clay Clark:    How many kids were there?

Damario:    I had a little brother.

Clay Clark:    Can you kind of take me back growing up there, it seems like white, black, Asian it doesn’t matter there’s a lot of kids growing up without a dad.

Clay Clark:    Too many kids. Was that hard?

Damario:    Yeah it was hard. It was hard, I knew my father we just didn’t have that tight relationship and I think now when I look back, I’m 37 now, and just in the last three years I’ve really come to the realization of just how impactful it was not to have your father there.

I had friends who their fathers would take them to games or fishing or things of that nature and I haven’t and I think I built some type of cocoon and say, “Oh, I didn’t need that.” But in fact I think all kids need both their parents.

Clay Clark:    Did you start out wanting to become a lawyer? Cause rumor has it you wanted to play in the NFL or NBA or something.

Damario:    Well certainly not the NBA but NFL, in fact Clay believe this or not, my very first word in life was not mom, it was not dad, it was water, it was not food. It was football.

Clay Clark:    Boom. Were you good? When you were on the high school level were you good?

Clay Clark:    This business coach wasn’t, but were you all-state, all-conference?

Clay Clark:    What position did you play?

Clay Clark:    Linebacker. So do you still find yourself wanting to be the office linebacker, just take somebody out occasionally and tackle them?

Damario:    I think my mentality is a linebackers to deal with things straight up, move forward, and not make any excuses. But I tell you I look at football now I cannot believe, I can not believe I played it.

Clay Clark:    As a business coach, I must say, really?

Damario:    It’s so big, it’s so fast, it’s so violent today I guess it’s just a mind state. I can’t imagine wanting to run down a field as fast as I possibly can and run into somebody that equal or bigger than I am and do it forty, fifty times a day.

Clay Clark:    My wife got me tickets years ago to go see, for my birthday, she totally surprised me I had no idea. She got me tickets to go see Bret Farve play last season and he’s playing versus the Cardinals. I’m sitting on the 49 yard line, 48 yard line I’m on row, I want to say 15. I couldn’t be further than 15.

Clay Clark:    Right there, and I remember just hearing the pads and I’m just going, “Oh.” You start cheering but then I’m like “Oh.” I just kept wanting to go out there and hug the guys. It’s brutal.

Damario:    Right it is. In fact I got a little nephew now that I love to death and he’s a little chubby and so I’m telling his mom, “You got to get him in some sports” But I don’t think I want him playing football. I’m telling her to get him in soccer right now because the head trauma and everything that’s going on with it, it’s a violent game. But I love it still.