The Road To Riches and a Business Coach 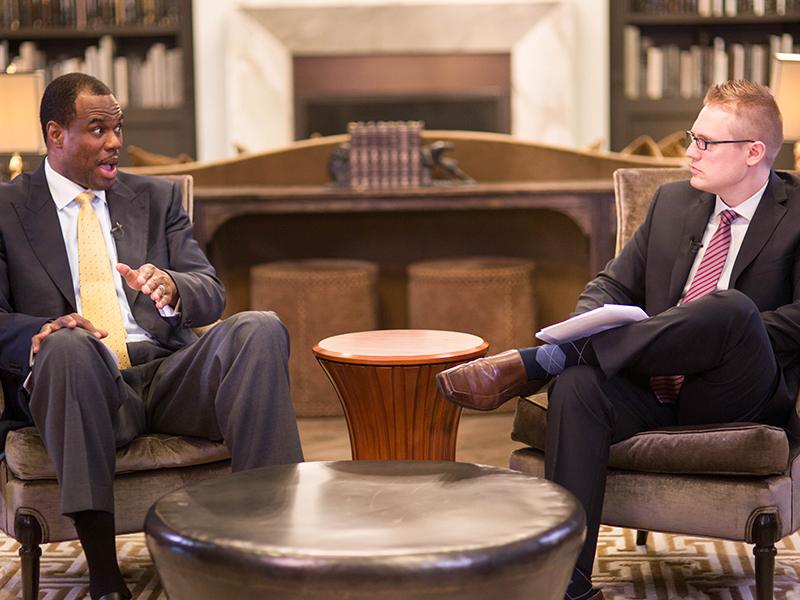 Clay Clark:           As a business coach, I’m going to ask you, this is kind of a blanket statement but kind of a big one here. Last question I want to ask you about this, because this is huge. If you’re sitting down with me and I’m an entrepreneur in what ways am I, as a general rule because you work with tons of clients all over the country, okay. If I were to hire you and I’m sitting down meeting you, what are the ways, it’s kind of a broad brush, where most entrepreneurs are just wasting cash, losing cash, spending money on liabilities where we need to just … What are some areas that most of us just are wasting cash?

Tim Redmond:     A lot of times, like in a business, we’ll take money out of the business to be able to buy the stuff for our wife that we’ve always wanted to do. We’ve got some cash here, let’s start doing this. Or let me buy this boat. Let me …

Tim Redmond:     I want to buy a boat for my family. Or we have a, “Hey listen, I’ve only got a 50 inch TV and I mean, that thing is like three years old. The technology is old. I can get a 72 inch for the same price as I brought that other one.”

Tim Redmond:      I’m saving money, I can write it off. And then, what do they do? They go out and spend that money so that money comes out of their business, into something that their kids rot their brains in front of as they watch. And TV, I’m sure, has got something. You guys are watching the video right now, so there’s some value to it.

Tim Redmond:      As long as it’s a 72 inch flat screen TV, okay. That you bought with a big loan that you’re not sure how you’re going to pay off. The whole idea, when you’re taking money that you can invest in growing your business so you can have more, create the momentum going. What you do is when you justify spending money on stupid stuff that really doesn’t help you build the money. Early in your business you want to be able to create the momentum so that … What happens to that guy making $1500 a week? What if he started making 6 or 8 or $10,000 dollars a week?

Want to control your business finances? Learn how at Thrive15.com, a leading Ohio business college, from mentors that have already found success.

Clay Clark:          Here’s where it takes me, kind of where this principal takes it back to the beginning. He talked to his parents before making the buying decision and he says, “Mom, Dad, what do you think?” They said, “Well it’s the best investment ever.” Well who are his parents? They’re people that haven’t saved for retirement. It’s just like this self perpetuating thing and I’m just pleading with the guy. I’m like, “Whatever you need to do. Lose your deposit on the house. Just get out of there. Pull out.”

Tim Redmond:      I mean you really have to live below your means, put that money back into the business, grow this thing so it’s a big snowball rolling down the hill. Now you can say, “Well listen, it’s only going to be 10% of my income to buy this house and I wanted to buy this house.” It’s not too early.

Clay Clark:            Now let’s talk to the business coach about principal three here, I want to ask you about. We want to avoid death by debt. Tim, we’re always hearing about good debt versus bad debt. Or that it’s good to buy something because you can write it off. You always here, “Oh it’s good because you can write it off.” Tim, what is good debt and do you agree that such a thing even exists?

Tim Redmond:      Like a boat. Like a brand new car that you … Your two year old car that’s only got 22,000 miles on it is running just fine. Still under warranty for a lot of it.