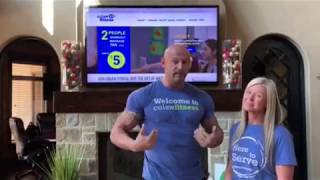 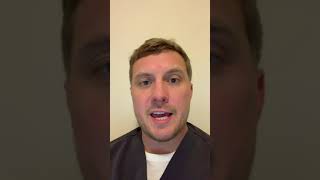 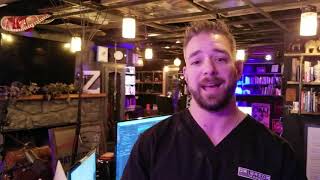 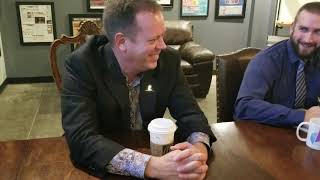 Hey, this is Charles and Amber Colaw. We’re the owners of ColawFitness and-

We really want to be with you at the Thrive Conference this weekend, it’s one of our favorite things to do, but we’re gone on a cruise last minute for this big guy’s birthday.

And the way we’re able to do that is working with Clay for the last three years, he has really readjusted our thinking and taught us that our business is here to serve us. And by doing that, we’re able to live the lifestyle we want and take off on a random vacation last minute. So we had totally planned on being at the conference, so wish we could be there and meet all of you. We know you’re having a great time.

Yes, Clay in the last three years has helped us build all the necessary systems, checklists, workflows, tasks lists, time blocks, audits that are always running and the right capable lieutenants to keep track of all that, so that you too can get time freedom and financial freedom. And that’s what we have done. And clay has helped us to, we’ve got multiple companies in multiple states and they’re all doing very well, getting ready to go to more locations in this next year. And ColawFitness has a really big future, we’re teaming up with a couple of other groups and we should scale the company here shortly. Hopefully we’ll open like 50 locations in the next 10 years.

So, but yeah, we’re on the way. We’re going to probably more than double our company, maybe triple our company in the next eight to nine months, and it’s just awesome. God is working in our business and we’re making Jesus and changing lives. We’re a strong Christian company that focuses on making Jesus famous and changing lives in the fitness field. And this is Charles and Amber Colaw. Thank you, Thrive. Hit your action items. We love you guys, we wish we were there. You guys have a wonderful day. Bye bye.

Hi, my name is Tim Johnson. I’m the owner of Tuscaloosa Ophthalmology as well as Southern Eye Consultants, two ophthalmology practices in Tuscaloosa, Alabama and I’m a client of Clay Clark. He asked me to answer a couple of questions.

The first question was how did I hear about clay Clark? I am a big fan of business podcasts and his podcast popped up as a recommended listening, so I started listening to the podcast. I was a little suspicious or skeptical because I thought there was going to be an upcharge or an upsell, but the idea of the month to month canceling really appealed to me. And I kept waiting for the shoe to drop and for the upsell or for the scam to come in, but it never did. It’s very legitimate. Since working with Clay, I’ve gotten a much firmer grasp on how business works. Even in medicine, business is business.

I’ve learned a lot about marketing, especially how Google reviews work and how important that is. And that’s very important, even in medicine. At least once a week, if not every day I get a new patient because somebody Googled eye doctor in Tuscaloosa or ophthalmologist in Tuscaloosa. And you’d be amazed how many patients just look for an eye doctor that way. And so he’s really changed our business. Our business has grown a lot, maybe 15 to 20% this year. And so we’re really grateful for the things he’s done for our business. And the last question was, when did I perfect the laugh? I would say that you can never perfect the laugh. You just keep working at it and just keeps getting better and better each day. But you got to keep working at it. Thanks.

Thrive Time Show Reviews – The Power of a No-Brainer with Dr. Breck Kasbaum

Dr. Breck Kasbaum here, and Jason Beasley, business coach here. Dr Breck, we have a lot of medical professionals that watch the podcast. They listen to it. And many are concerned about offering a no brainer deal.

Could you explain what kind of no brainer deal you offer at drbreck.com?

When patients go to our website, they can actually click on a link that takes them, basically for a coupon code.

So, once they have that coupon code, it allows them a free visit, a free exam, free x-rays, and a free first treatment.

How can you possibly afford to charge somebody no money?

That first visit, we want to wow them. We want to just get them through the door, we want to create as little a hurdle as possible. And then once we wow them, we know that they’re going to want to come back for more services after that.

Now Jason, you know, as a coaching program, we work with a lot of doctors, many of which are concerned to offer a no brainer.

How big of a struggle is it to convince most people to offer a no brainer?

It’s a bigger struggle than it needs to be because most people are worried about cheapening their brand, if they can afford it, if it’s going to make their competitors mad. So there are a couple of variables, but you’ve benefit far greater from having the no brainer than not having one.

Now, Dr. Breck, in terms of your revenue, in terms of just the overall level of sales, how much larger are you now than you were, say 36 months ago?

Right now, our waiting list is about seven to eight weeks for new patients.

How many years total have you been in business, total?

So, for 13 years, you had been operating a certain way and now you have a huge waiting list.

What would you say directly to the doctors watching right now? The doctors, the dentists, the lawyers, the professionals that are just hung up on the idea of not offering a no brainer.

One of the craziest parts is that, prior to us offering the no brainer and the growth curve that we’ve had is I would see maybe, we’ll say three to five new patients in a week.

And our waiting list is seven, eight weeks, now. But there’s a few things that can be done here. One, you can do twice as much service for the price of one.

So kind of a two for one.

With Medicare, you can’t offer special services, so one of the things you can do is offer for them to have a family member come in for free, or as a thank you, sort of thing.

Or a friend from church, a neighbor or something along those lines. But also, I know some people who do the, the cost of the first visit is then going to be donated to a charity-

… and so, you get that type of a bigger social social purpose. So people are happy to spend money with you because know it’s going for a greater good.

Now, you also are the master of getting reviews.

I was looking you up this morning and I searched for Tulsa chiropractors, and you have the most reviews of any chiropractor in Tulsa.

I think you’ve crested over 300 reviews so far.

315. Talk to me about, as a lot of doctors don’t want to ask for reviews, they say it’s hard to get reviews. They don’t have time to get reviews. They say reviews do not impact their conversion rate at all. What sort of an impact has getting Google reviews had on your business?

I would say, if you say it does not affect your conversion rate, you’re fooling yourself. It definitely does.

When people have seen those reviews, then they already have bought into what you’re doing and the social proof is already happening before they’ve ever called your office. So before the first phone call, before your staff has had any influence on them, they’ve already visited your website, they’ve already seen things, and so they’ve already predetermined they want to do business with you. Now it’s just a matter of not messing it up.

But as far as getting the reviews, it simply is as easy as asking.

It can be a challenge for yourself initially, but it’s just a matter of asking, and you teach your staff how to properly ask for a review.

And you do it respectfully. You don’t do it in any sense of like a car salesman. But when a person has had great service, they’re happy to leave a review. And so when they tell us, “Hey, the last time I came in, I’ve been having terrible headaches for 10 weeks, and with the first adjustment, I’ve not had a headache since”.

We want to celebrate that. But then we also say, “Hey, other people need to know about that. Would you be willing to leave us a review?”

Now, Jason, what percentage of of clients, before we’re able to help them, struggle with getting reviews?

And guess who is also in the studio today. Dipping down, here we go. Who could it be? Steve Currington, just back from Mexico.

My friend. You are a mortgage guy.

You’re also the highest rated and most reviewed mortgage guy in Tulsa.

How has getting reviews impacted your business?

Now, what about writing that content? Sweet, sweet content. Because you’re now topping Google as well, and people Google search Tulsa mortgages. How does it help you?

I loved it. I loved recording all those podcasts. But yeah, it’s helped us a lot. We’re top for about everything. And the greatest thing for me, about having the most reviews, we actually have four times as many as the closest competitor, we’re about to hit 600 on our Tulsa location, is being able to reference it when you talk to clients. So every single client that I talk to, when I get done, I’ll send them a link to our Google listing and I’ll recommend that they go read some of our reviews.

Now, Steve, you brought a gift to me today.

Can you show the listeners out there the gift that you just brought into the studio? This is an impressive thing. It’s a Shure SM58, the classic microphone, used by standup comedians and presenters.

Sean at your office.

This Sean built it?

Oh wow. Look at that. That’s a beautiful thing. That’s a great gift.

Steve, thank you for being here.

It sure is. I appreciate you.

Dr Breck, thank you for being here.

Jason Beasley, thank you for being here.

You guys have a great Sunday. Boom.