Clay has interviewed hundreds of the most successful entrepreneurs for YOU!

Here’s just a few of our favorites.

John Maxwell is a legendary leadership expert and multiple-time New York Times best-selling author who has sold over 20 million copies of his books. Throughout John Maxwell’s career, he has served as a senior pastor of multiple churches and he has been the keynote speaker of choice for The United States Military Academy at West Point, the National Football League, Keller Williams, Delta Airlines, Microsoft and countless Fortune 500 companies. Listen Now

Guy Kawasaki is an best-selling author, speaker, entrepreneur and brand evangelist. He is the chief evangelist of Canva, an online graphic design tool, a brand ambassador for Mercedes-Benz and an executive fellow of the Haas School of Business (UC Berkeley). He was the chief evangelist of Apple and a trustee of the Wikimedia Foundation. He is also the author of The Art of the Start 2.0, The Art of Social Media, Enchantment, and nine other books. Guy earned his Bachelor of Arts from the Stanford University and an MBA from UCLA and he has an honorary doctorate from Babson College.

David Robinson is a Navy Officer turned National Basketball Association MVP and Hall-of-Famer turned successful entrepreneur and successful investor. He is known for his leadership qualities and is widely considered one of the best Centers the NBA has seen.

Seth Godin is an iconic entrepreneur, best-selling author of 18 books on marketing including Purple Cow and the man who in 1998 sold his company Yoyodyne to Yahoo! for $30 million dollars.

Craig Groeschel is the Pastor of the largest Protestant Church in the United States with over 30 campuses. He started the church in a two-car garage equipped with a borrowed overhead projector and two construction lights that he purchased at Lowes for the low, low price of $19.99. Today he and his wife are the proud parents of 6 kids and Life Church is known as being the creator of the most popular Bible application for mobile phones, known as the YouVersion Bible App which has been downloaded over 350 million times. And now he has just released his newest book called, Hope in the Dark: Believing God is Good When Life is Not.

Horst Schultz – Horst is the former President and Co-Founder of the Ritz-Carlton Hotel Company. In August 1983, Gerald W. Blakely who owned and managed the hotel, sold The Ritz-Carlton Boston, and the US trademark for $75.5 million to William B. Johnson who was once the largest owner of Waffle House franchises. William Johnson also owned Holiday Inns and Marriott Hotels. William assembled a four-person dream team in Atlanta to lead the company headed by Horst Schulze to create the Ritz-Carlton hotel brand and he established The Ritz-Carlton Hotel Company in its current form. Schulze dramatically revolutionized the hotel industry while turning the Ritz-Carlton into one of the most remarkable and recognized international brands on the planet. Horst’s obsessions with providing world-class customer service has set the standard for excellence in the hotel industry for over 30 years. Under Horst’s leadership, Ritz-Carlton won the prestigious Malcolm Baldrige National Quality Award in 1992. Only one other company has ever won the award more than once, and the Ritz-Carlton is the only company in the hotel industry to win the award. Horst is the best-selling author of Excellence Wins: A No-Nonsense Guide to Becoming the Best in a World of Compromise. Horst currently is the chairman and CEO of Capella Hotel Group where Schulze is setting the newest standard in luxury hotels that are creating an unmatched tier of customer service. 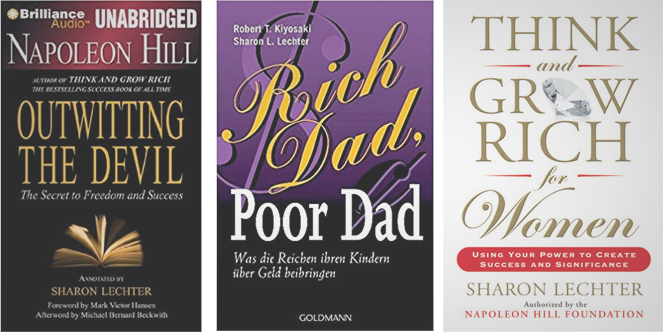 Sharon Lechter is a Certified Public Account and entrepreneur who is the New York Times best-selling co-author of the 1997 international best-seller Rich Dad Poor Dad. For over 10 years Sharon and Robert Kiyosaki released 14 additional books in the Rich Dad series while she served as the CEO of the company. After helping Robert Kiyosaki to scale out his Rich Dad business, she then helped the Napoleon HIll Foundation with the writing of multiple best-selling books including, Think and Grow Rich: Three Feet from Gold and Outwitting the Devil. In 2009 Sharon was appointed to the National CPA Financial Literacy Commission as a national spokesperson, this is the same council that served both President George Bush and President Obama. Sharon today has a team of over 5,000 people who help her with her various entrepreneurial projects.

John Bevere is a best-selling author of 16 books, a sought-after Christian leadership expert and speaker, a pastor to a mega church and he and his wife Lisa Bevere have been married for over 30 years.

Eric Thomas (known as the Hip Hop Preacher) is one of the nations most successful and sought-after motivational speakers who has worked with LeBron James, Chris Paul, Meek Mill, Foster, and many others. He is often quoted in many motivational videos you can find on YouTube that have millions of followers on social media.

Grant Cardone – New York Times best-selling author, entrepreneur, investor and world-class sales trainer Grant Cardone joins us to share his journey from being a drug addict to becoming the $300 million man, why when you do hard things life gets easier, how to overcome the fear of rejection, and sales is the most important thing for every company.

Max Lucado is a pastor of a church in San Antonio, Texas as well as a best-selling author of over 83 books with over 130 million copies in print. He has written 43 non-fiction and over 40 childrens books but it tool hom over 14 times to actually get published for the first time. Now, he is an award-winning author, a New York Times best-seller and has been named by Readers Digest as “The Best Preacher in America” 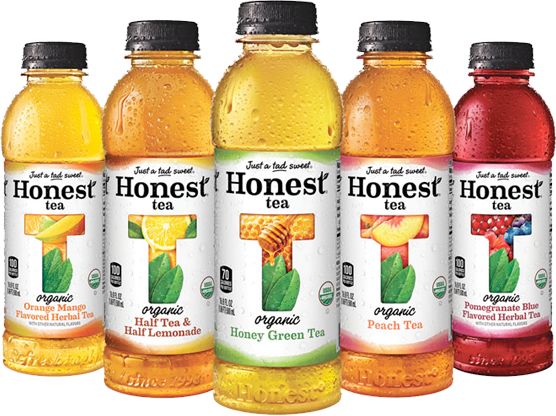 Seth Goldman is the founder of a worldwide-wide beverage brand, Honest Tea. With a mission-focused business, Seth Goldman has successfully been able to put his $100 million brands into Chick-fil-A stores, Wendy’s and over 100,000 stores around the world.

Rashad Jennings’ Improbable journey from being an overweight, 5th-string, high school player to an NFL Star and Dancing with the Stars Winner. 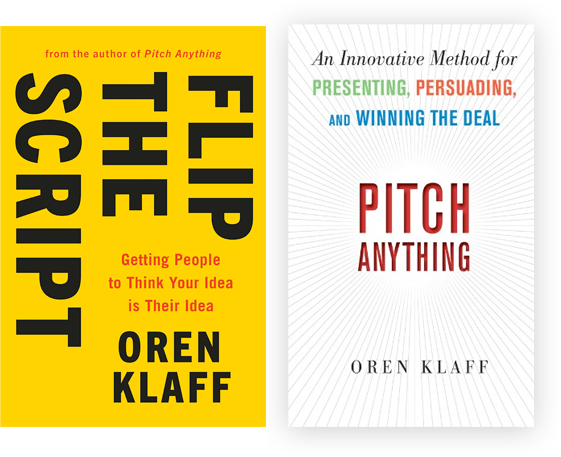 Oren Klaff is the best-selling author of Pitch Anything, has written for the Harvard Business Review, Inc, Entrepreneur and other leading publications and he has become an investment partner in a $200 million private equity fund as well as a huge motorcycle enthusiast. 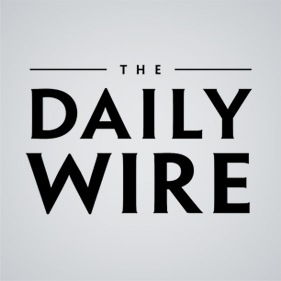 Benjamin Aaron Shapiro was born on January 15, 1984 and is an American conservative political commentator, writer and lawyer. He has written seven books, the first being 2004’s Brainwashed: How Universities Indoctrinate America’s Youth, which he started writing when he was 17 years old. Also at age 17, he became the youngest nationally syndicated columnist in the country. Shapiro writes a column for Creators Syndicate, serves as editor-in-chief for The Daily Wire, which he founded, and hosts The Ben Shapiro Show, a daily political podcast and radio show. He is the co-founder and former editor-in-chief of the media watchdog group TruthRevolt.

David Novak is the retired Chairman and Chief Executive Officer of Yum! Brands, Inc. who was the company’s CEO between 1999 to January 1, 2016. During his time at Yum! Brands, he was able to help lead the company to double the number of restaurants to 41,000 and growing their market capitalization from $4 billion to $32 billion. He now runs David Novak Leadership where he helps managers and CEO’s to become better leaders. 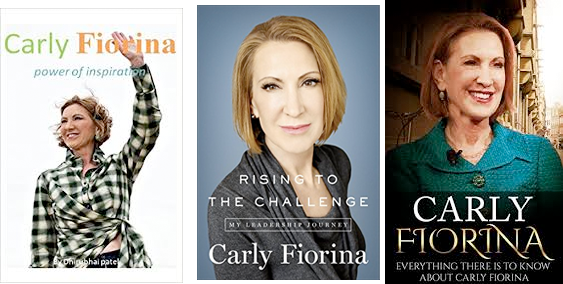 Carly Fiorina started off as a secretary and ended up becoming the CEO of one of America’s largest 20 companies (Hewlett Packard) and she since then has become a best-selling author and she even ran for president.

Ken Blanchard graduated from New Rochelle High School in 1957 and went on to complete his Bachelor of Arts Degree from Cornell University in 1961. He also went on to earn his Master of Arts Degree in sociology and counseling at Colgate University. Ken went on to earn his PhD degree in education administration and leadership at Cornell University in 1967. Throughout he has written the iconic business books, Raving Fans, the One Minute Manager, Gung Ho, Whale Done! And Leading at a Higher Level.