Are Trade Outs in Business a Good Idea?

Are Trade Outs in Business a Good Idea? Find out from America’s #1 Business Coach, Clay Clark, and entrepreneur and investor Tim Redmond. 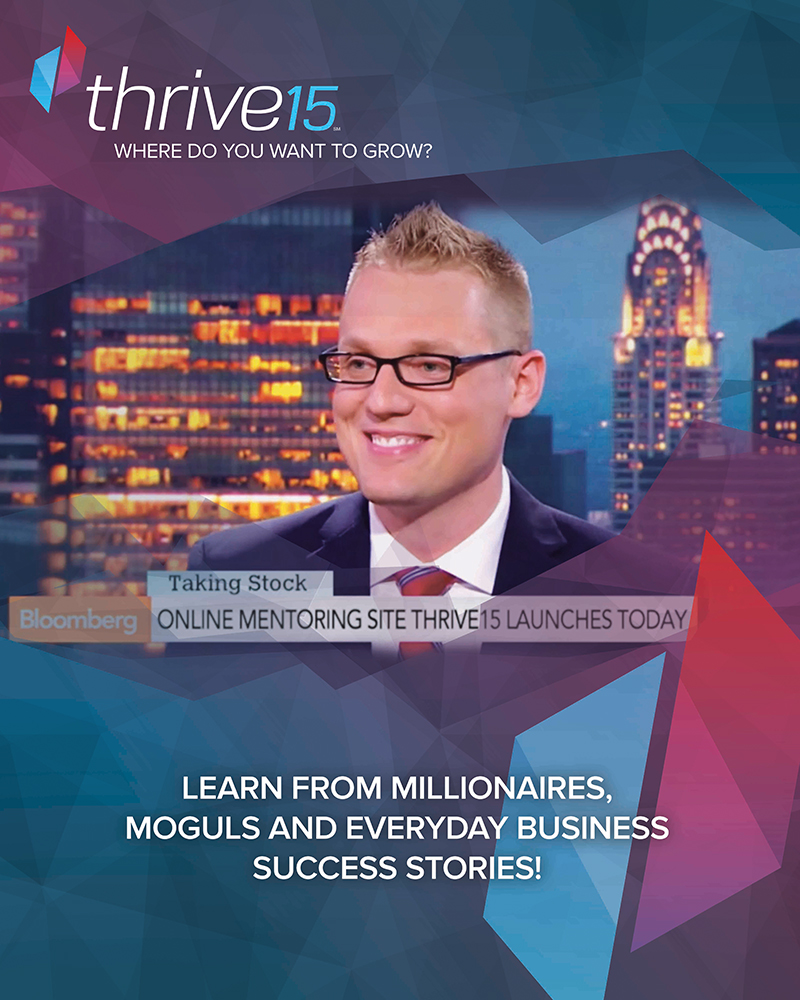 Thrive nation. On today’s episode of Thrive Time, we are going to answer a question that I think everyone in the business world needs to know the answer to, especially those of us starting out and needing a business coach. I’m here with the business coaching guru himself. Right over there, it’s business coach, Clay Clark. I am excited to be here broadcasting live. I don’t know if you are hearing it live, but we are live and we are broadcasting here at the man-cave. I will tell you Tim Redmond is in the house and with Tim Redmond in the house, it’s like bringing pinion wood to a man party. There’s a grill out, things are going great. You’ve got some meat, you’ve got some kabobs, things couldn’t get better. And then someone goes, “Hey, guess what? I’ve got some pinion wood.” That’s what Tim is. That’s awesome. You ready to jump into some mailbag question. Let’s do it. Here we go in the mailbag. Angel says, “When on a budget, is it always a good idea to try and do a trade out if you can’t afford to pay for things?” Some specific notes I have for you and it’s really kind of the big five here.

One is you’ve got to make a win win. It’s has to be a win-win and I’ll tell you what not to do because my wife and I did it. Business coach, Tim, did you ever do a trade out that was insane or have you ever coached a client where they did a trade out and it didn’t make any sense? Have you seen it happen? Oh yeah, where it’s very one sided and not a good deal. Okay, so here’s what I did. it’s so stupid. This is what I did. There was a guy, he comes to me. Listen, if you are listening to this and you’re from India, let me tell you what, mad respect for you. If you’re listening to this and you’re from England, mad respect for you. I don’t care where you’re from. But the guy who did this was from India so I have to imitate him because it just was perfect. He gets up to me and says, “Hey, I would like to go ahead and pay today the total of $1600 and I’m going to pay via the batteries.” And I say, “The batteries?” “Yes, pay via the batteries.”  So I’m going, “you want to pay me $1600 via batteries?” “Yep.” And I was a young business guy and so I didn’t even know what this was. I was probably shocked by the offers. I was like ‘Uh, okay.” “You’re either not working or you’re not working. No?” “Okay.” His name was Hari. I remember it like it was yesterday. So I literally go “Okay.” I’m not kidding. and I got these batteries like off brand batteries. Bulk. It’s like something that you could power the hubble and only the hubbletelescope. You couldn’t use it for your kids remote control, you can’t use it for your iPod, I couldn’t use it for a walkman. I couldn’t use it for anything. But I did it. So one was don’t do that. That was dumb. That was a dumb tax I had to pay. So make it a win win. Make sure it is something that you legitimately want. I traded out a green couch I didn’t want, I traded out for thousands of dollars at Outback. I literally gained over 7 or 8 pounds in like 6 months by just going to Outback to eat all of my things because they were going to expire and only I could use them. Trade out if it is a win win.

The third is, is it sustainable. Don’t get into the habit all the time where you can’t make payroll. I mean, try paying your guys a batteries. Try paying your assistant or your office manager. You say, “Hey Karri, um this week we are going to do something different. I’ve got some batteries that were used to power the hubble space shuttle and some Outback gift certificates. What do you think about that?” People just don’t want it. So you’ve go too think about, it is sustainable?

The next point I want to have here is an action item. Figure out the true value of what you are getting. This guy with the batteries. I’m so sorry. Hari, if you are listening, I’m not trying to hammer you too much on the value of the batteries. But here’s the deal, he told me they were $1600. I’ll tell you what, after I got that big box that did not rock of batteries. Some of these don’t even work. I don’t even need them. Where did he get the value? I’ve traded out for fireworks. I literally traded out for enough fireworks where I probably got a decade worth of fireworks. Things they couldn’t sell. Like those crappy ones that kids don’t want. Where you throw and it pops, that’s kind of cool. But the one where you pull it and it shoots the stuff. Kids don’t want that. And the final thing I would say is do it if it helps you achieve your goals. So as an example, I needed to put in a stained wood floor in my new I built. When I was 21 years old, I built this new house for my wife and it was gorgeous. I needed stained floors because I knew if I stained that floor, my wife would love me by 1% more. So that when I screw up, I could at least break even. I was trying to make it a positive in the love bank. And it was like 20,000 grand. I didn’t have twenty something grand. So i talked to the builder, “Hey homie, I know you have a wedding coming up, I’ll do that thing for like a grand and trade it out. I’ll do foreseeable parties.” One of the guys, Danny was his name, he said “Hey we’ll go ahead and hire you for the pool party and for this  and that.” The actual builder at the time “hey i’ll do some trade out.” Long story short, I did some trade out brought down my cost by 4 or $5000. It made it more affordable for me at the time to get the wood flooring. It helped my achieve my goal. Yay. Just don’t get distracted where you’re trading out batteries that you don’t want or use. I think i probably ended up breaking all federal and local laws by putting those things in the trash. I did. I think I found some of those. They were burning and there was a dumpster fire, but I think it’s okay now. I mean as a business coach, Tim, what is your advice on trade outs because you’ve seen people lose their shirt and people do well with it. What is your advice on trade out my friend? Just understand what each party is going to give our provide. So, a lot of times, people come to me because they know they need my help, my perspective, my processes to take their business from zero to hero and so I’m not clear with it. Now, what’s been clear with me in the past has been educational benefits, has been car detailing. What hasn’t been beneficial is they are going to coach me on something that I have no interest in and they weren’t at a certain level to really help me out with that. I can think of one example recently. You, as a Thrive 15 member, you get all of these downloadables. You get to come out to the workshops, if you ask a question like this, we answer. But, also, many of you choose to have a one on one coach. So Tim works with these people one on one sometimes. When you’re coaching them Tim and you build a website for them and you provide all of the tools and the marketing materials, you’ve got to pay a real designer to do that stuff. So you might spend $2,000 on a website or a video. You might be out $3,000 on a video. Have you ever had it, Josh, where you trade out a video? Have you ever done a deal where you make a video for a young entrepreneur or somebody and they’re like “Yeah, we’ll do a  trade out” and next thing you know, you find yourself staying in a really crappy cabin time share on a Thursday. Ever had that happen to you? I’ve never stayed in a cabin on a time share, but I’ve done trade outs for a very expensive video and not been happy with the return that I got. I did a trade out where I ended up staying in a time share that my wife and I. We went on a vacation and I hate it. So I have to go to Destin, Florida now to utilize this. It’s like an expiration date. So we had a great trip. Once I got there, once i got over the fact that I was not at my man cave, I was not at my house, I didn’t have my stapler right where I want it, once I got over that, we went there and had a good time. But it was like I had to use it right away. The price was way pumped up. i went online and it was called Destin Point in Florida and it’s like $500 a night. Somehow this homie convinced me that it was like $4,000 a night. He’s giving me $8,000 of value. Now here’s the deal, if you just DJ for my wedding and basically you owe me for the rest of your life, I will give you this exclusive two day. I found out later that it was like $500 a night. But anyway, I had to use it. Trade outs can be a good thing, I probably just have some really negative and bizarre examples of what not to do as it relates to trade outs.

Business coach, Clay, I think that this has been some great advice, some good answers, some good business coaching on trade outs. I want to trade out for you right now. Let’s do it. Here’s the deal, if you would be willing to make one more video for the thrive 15 people, I’m willing to trade out a copy of George Michaels Careless Whisper single, limited edition. It’s on a CD, European import version, it features George when he left Wham, singing it live from some beautiful facility in Paris. Would you be willing to do that right now? You talked about the trade out value and for me this song is worth an unlimited amount of videos. I knew that you would say that. Angel, I hope we answered your question. Keep thriving on. Thank you Tim Redmond, business coaching guru. Thank you business coach, Clay Clark, always dominating the business coaching. Thrivers, keep on thriving on. Hey, if you have any questions, email us at thrive15.com. We would love to answer your questions. Give us a call. I have a bonus thing. If you want to trade out all of your freedom for support from the government, who will take care of you from cradle to grave, take care because we have a communist country that you can go to. North Korea. Trade it all in. Don’t do it guys.