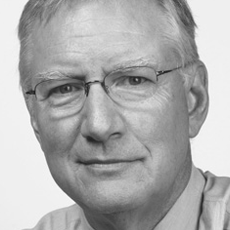 Breaking Down the Words of Wisdom of Tom Peters

“A human exclamation point who no longer needs his last name.”
—Nancy Austin on Tom Peters

Tom is behind the Pope & Stephen Hawking, but ahead of Elon Musk, Eric Schmidt & George Soros: Thought Leaders 2014: GDI/Gottlieb Duttweiler Institute, a Swiss think tank, and MIT teamed up to create “Thought Leaders 2014: The Most Influential Thinkers,” “Whose ideas engage people most frequently? Who are the most influential thinkers? To find answers to these questions, we initiated a complex process of evaluation, using software-based calculations to produce a simple ‘influence rank’—a measure of the global importance of creative minds.”

Tom placed #32, behind Pope Francis (#1) & Stephen Hawking (#14)—and ahead of George Soros (#51), Michael Porter (the only other “management guru” on the list, #53), Elon Musk (#69), Thomas Friedman (#72) & Eric Schmidt (#82). Tom is McKinsey’s #1: From the definitive study of McKinsey (2014), The Firm: The Story of McKinsey and Its Secret Influence on American Business, by Duff McDonald: “Though his tenure was relatively short, Peters is the most famous consultant McKinsey has ever produced. His influence on the firm was enormous and helped raise its profile beyond Bower’s wildest dreams. … Peters helped rebrand McKinsey as a group of thinkers. … “[In Search of Excellence] wasn’t talking only about financial management. It was also talking about how you treated the people who worked for you. It was, in short, the first great manifesto of the idea of corporate culture.” The Bloomsbury Press book, Movers and Shakers: The 100 Most Influential Figures in Modern Business, reviewed the historical contributions of path-breaking management thinkers and practitioners, from Machiavelli and J.P. Morgan to Peters and Jack Welch. The summary entry on Tom’s impact: “Tom Peters has probably done more than anyone else to shift the debate on management from the confines of boardrooms, academia, and consultancies to a broader, worldwide audience, where it has become the staple diet of the media and managers alike. Peter Drucker has written more and his ideas have withstood a longer test of time, but it is Peters-as consultant, writer, columnist, seminar lecturer, and stage performer-whose energy, style, influence, and ideas have shaped new management thinking.”

Peters/Volcker/Soros top anti-greed icons: Age of Greed, Jeff Madrick (2014): “Not all of those who are the principal focus of a chapter [in Age of Greed] were blatant practitioners of greed—some were not at all. Tom Peters, the famed management consultant, was much the opposite. Paul Volcker, the stringent chairman of the Federal Reserve, was mostly oblivious to financial gain. George Soros, the hedge fund manager, gave much of his fortune to causes that were detrimental to his personal financial interest. …” (from page x, “Introduction” to Age of Greed. Part Two is called “The New Guard,” and Chapter 12 therein is titled “Tom Peters and Jack Welch”—Welch does not emerge unscathed.)

“Book Changes World 30 Years of Excellence”/Rich Karlgaard, publisher, Forbes: “The U.S. recovery was weak and fitful. Unemployment was so high as to be a moral crisis. And the world was looking to Asia for business-leadership ideas. … It’s often debated whether Ronald Reagan’s tax cuts or Paul Volcker’s monetary medicine got the U.S. off its back. The answer is both, but let’s add a third and fourth reason. The third was the personal computer, introduced by Apple and others in the 1970s. The PC was more than a machine. It was a garden of entrepreneurship that produced such daring men as Steve Jobs and Bill Gates. A fourth reason was a book that came out in 1982: In Search of Excellence, by Tom Peters and Bob Waterman (Harper-Collins). Yes, I am claiming that a single book belongs up there with tax cuts, a strong dollar, and the PC as a pillar of the American Renaissance.