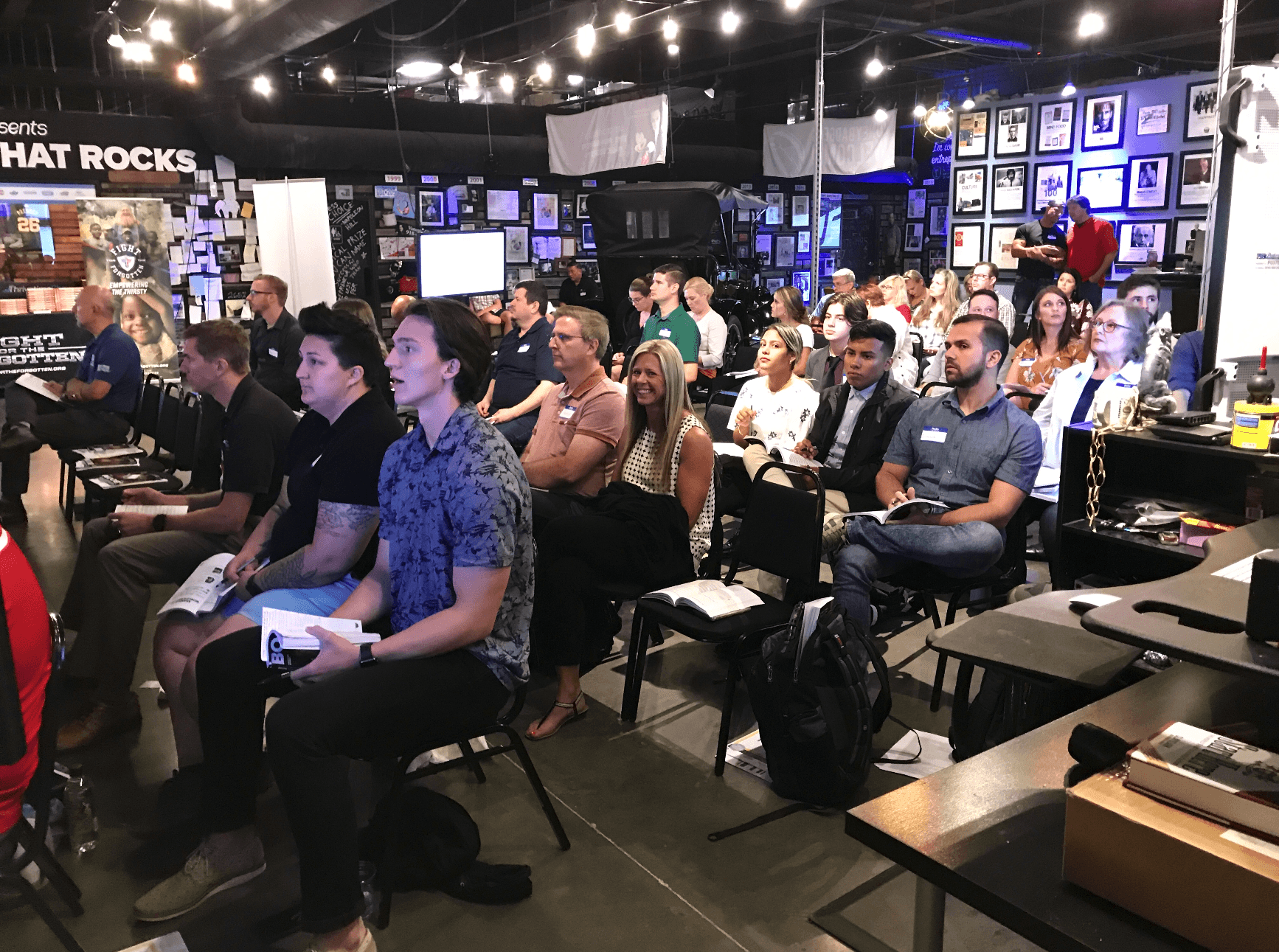 The time is officially 1 PM (central time) on Monday, October 7th and I am still riding the extreme emotional and spiritual high from this past weekend’s business conference. I absolutely love the weekend of the Thrivetime Show business conferences. As one of my clients best put it, “It’s like attending church on Wednesdays. Sure, you went Sunday and get the gist of what’s going on, but there’s just something about the energy and the reminder of what you get out of it that makes going back feel awesome”. Well said Mr. Marty, well said. And he is completely right. It’s true that I know what we’ll be covering at each conference seeing as how I’ve attended each one since last December, however, there is always something new to learn or take away with each conference. We had first-time attendees this time around, mostly from out of town, that provided new questions that some of us had never considered. We had the incredible Justin Wren in attendance, which is always a good time and educational. However this conference I ended up walking away with one of my biggest lessons yet– How exactly Clay Clark takes his material and uniquely teaches it to multiple business owners. I learned the importance of how to effectively teach a whole new mindset.

I’ve received many teachings so far from Clay, but I typically never walk away thinking, “Okay, how did he get me to understand that”. I just outright understand it. But this past weekend I found myself asking how it’s possible that Clay can take a room full of one hundred plus entrepreneurs and teach them all new ideas without ten thousand accompanying questions. Through careful analyzation as well as a step by step breakdown from the man himself, I realized that his success simply comes from the constant implementation of his “Quad” method. The method itself is pretty easy on paper, but the execution and diligence to implement is where it can get tricky. The rule of the quad is as follows:

Those are the basics of the quad. Four steps. Get it? This method is what makes Clay’s teachings at these business conferences stick. Each hour is dedicated to breaking down a specific section of Clay’s process for growing your business, and each section implements this method to ensure solid understanding. No matter what the topic is, Clay approaches it in the same way. He first provides the idea or action that he is attempting to teach you. He then immediately follows up with a supporting statistic. I took pity on the public typer as Clay has no shortage of references and examples when trying to make his point. He would site statistic after statistic while having our typer open tab after tab to cite the sources. As if public typing wasn’t already nerve-wracking, right? After he presents his stats he then follows that up with a quote. And this isn’t just some random quote he pulled out of a hat for extra filler, it is always a quote that relates to the idea that he is teaching. The quote has to either expand upon the idea or help to better define what is being taught. Finally, he ends each teaching point with a story. Whether it be a story that teaches the pain of not properly applying the idea or a success story that instills the benefits of executing the action. The point of the story is to make the idea appear real. Anybody can just tell you something does or does not work, but providing a real-life, tangible account helps the idea to be all the more credible.

Understanding this process has made me a far more intentional business coach. It has also helped my current consulting clients to better grasp and understand the plan that was created for them by Clay. Before learning this process I was merely walking them through their business plan. Picture it like this, you’re blindfolded and put at the starting line of an obstacle course. You have a partner shouting at you from a distance telling you that there are simply obstacles ahead of you and that you’ll have to avoid them. That’s it. No clear instructions, no helpful strategy, nada. That’s how my coaching felt before learning and implementing the quad method. Giving someone an idea is only half the battle. I’ve learned that if you are going to attempt to teach someone a new idea, you have to provide each and every element of the quad if you truly want them to succeed. Every idea must be followed by a statistic, a notable quotable, and a story. Implementing this simple yet strategic form of teaching has helped me to vastly improve my technique.

Giving someone an idea is only half the battle…Every idea must be followed by a statistic, a notable quotable, and a story.

Much like our Marty quote earlier, I went into yet another one of the business conferences knowing what to expect, but I left with a broader understanding of an idea I was already familiar with. The conference serves as somewhat of a soft reboot or reset. I had clients that attended this time around who came up to me after some of the sessions saying, “Now I get what you were saying about SEO optimization!”. Even though they have attended one or two conferences in the past they were still able to walk out with a new understanding of an old idea. That’s the true beauty and magic of these in person workshops. If you are ever considering attending a conference I highly recommend it.