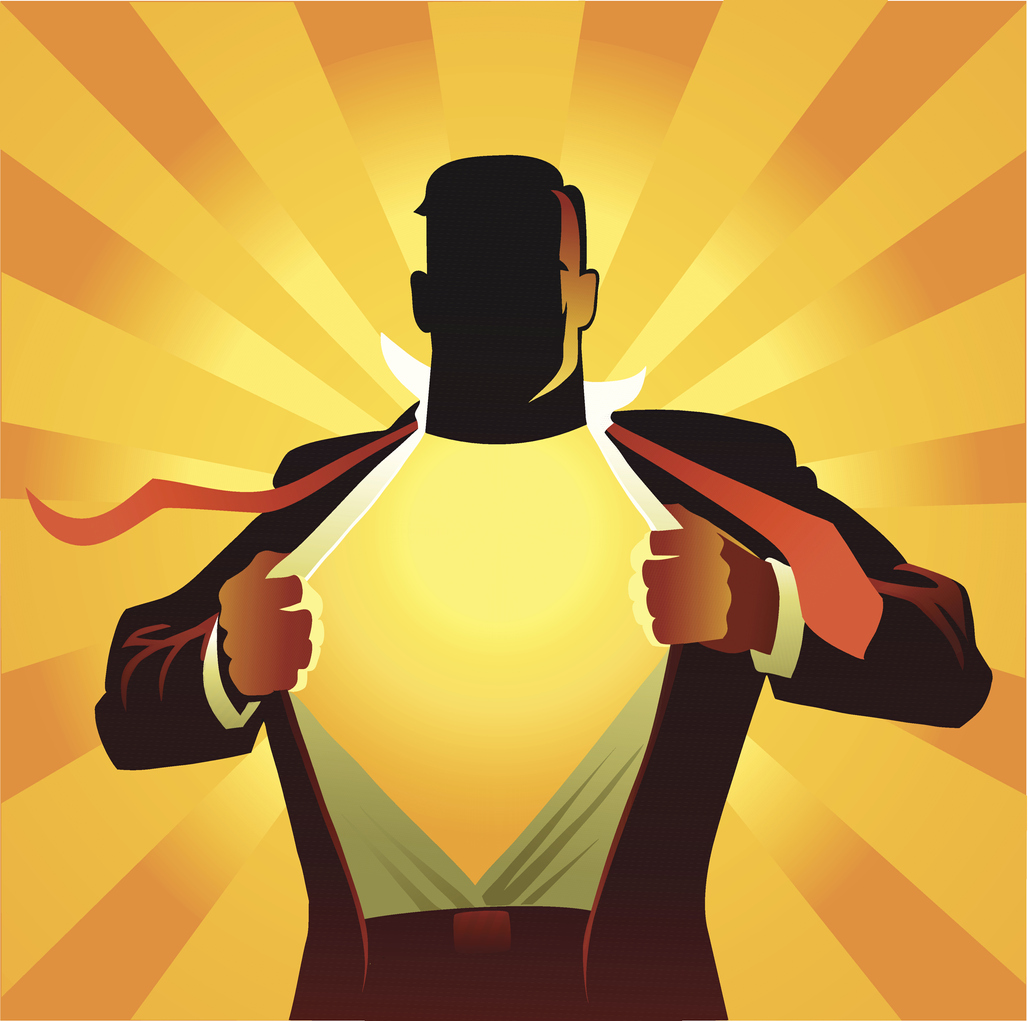 Oh Boy, This Is About To Get Interesting

If you have been reading my business coach blog posts regularly then by now you are probably under the assumption that I’m a little bit of an odd duck. Don’t feel bad about that, in fact, you are one hundred percent correct in your assumptions. Why does this declaration of my questionable sanity matter? That is a great question, my business coach friends.  It matters because I found myself drawing a rather interesting conclusion this week. Most of the businesses that I’ve had the privilege of coaching have all had striking similarities to one of my favorite groups of all time, the one and only Wu-Tang Clan. Now I know what you’re thinking at this point, “Jason… for all you know as I’m reading this I could be a 60-year-old caucasian man from Des Moines. What could I possibly have in common with this so-called Who-Sang Man?”. First and foremost let me stop you right there and state that it is in fact pronounced Wu-Tang Clan. We can’t just go around disrespecting the gods of hip-hop like that. And second, I know that this is probably an insane idea but the math does in fact stack up if you choose to follow me down this rabbit hole fringe discoveries.

This realization all started this past week when I decided to allow myself to watch one hour of entertaining media per day. Now keep in mind, this is all contingent on if I complete my daily business coach action items and if I have an open gap in my schedule for personal time.  I decided to approach this differently than usual and only consume media that added value to things I already appreciate in life, and since Wu-Tang is something I’ve always greatly admired I chose to pick up their new biographical series Wu-Tang An American Saga. It depicts the meteoric rise of one of the most iconic and influential music groups to ever grace the radio waves. As silly as it seems, so many of the things that I watched them implement are in fact the same strategies all of my successful business coaching clients have also adopted. With that being said, strap in and grab some coffee because this is about to get interesting.

Emphasizing A Unique Value Proposition (Or WU-NIQUE Value… Am I Right?)

Much like my shameless dad jokes, the Wu-Tang Clan had a unique value proposition that allowed them to offer something other recording artists weren’t doing at the time. They had ten unique artists that all brought their own creative spin to each and every track and album. You heard me right, TEN freakin MC’s in one group! In their classic hit “M.E.T.H.O.D. Man” you can actually hear one of their founding members introducing each. “From the Slums of Shaolin, Wu-Tang Clan strikes again. The RZA, The GZA, ODB, Inspectah Deck, Raekwon The Chef, U-God, Ghostface Killah, and the Method Man”. Cappadonna and Masta Killa would be introduced later in their careers. Hip-hop groups have long been a thing, however, Wu-Tang stood out due to their sheer depth of content. Having so many different identities on one album provided their listeners with far more musical content than the average recording artists at the time. The more bang for your buck approach truly affected their overall consumer perception and their record sales increased as a result. The same goes for the clients that I’ve business coached. The ones who were able to truly lock down their unique value proposition have financially benefited. Whether it be something as simple as drastic discounts for new customers, having a unique storefront or environment, or even offering free samples, these decisions to do what a competitor won’t have led them to be able to live like their competitors can’t. Are you starting to connect the dots yet? Do you need a little more convincing before you start seeing the similarities? CHALLENGE ACCEPTED!

We’ve already established that Wu had a strong unique value proposition, but now it’s time to address what really made them stand out. If you’re not familiar with one of the greatest groups of all time and this is the first time you’re hearing about them, allow me to break it down for you. Not only did they come onto the scene with an army sized group, but their approach to music and culture were true all their own. Wu-Tang was heavily influenced by martial arts films as well as other aspects of eastern culture and repeatedly work this subject matter into their music. For example, in their track “Bring Da Ruckus” super-producer The RZA samples from a few of his favorite martial arts films, Shaolin & Wu-Tang as well as Ten Tigers from Kwangtung, and as a result we received the powerful intro to their debut album. “Shaolin shadowboxing and the Wu-Tang sword style. If what you say is true, the Shaolin and the Wu-Tang could be dangerous. Do you think your Wu-Tang sword can defeat me? En garde, I’ll let you try my Wu-Tang style.”. No other producers at that time in hip-hop were creating such a unique formula for their acts. When interviewed by Wired RZA had this to say about the choice to include these quotes, “It opens the album and sets the tempo for what the group was about. It brought listeners to the world we were in.”. He was intentional in creating this sound because he wanted the listeners to understand what they were about. They shamelessly took approaches with unique names and various styles in order to separate themselves from the ever-growing hip-hop community. From Ghostface Killah’s choice to cover his face in videos to ODB’s folk hero like persona, they chose to brand themselves in a way that was true to the product that they provided, as well as elevate them above the competition. The same approach is true for successful companies. Those who have chosen to go completely off the rails and break away from the “industry standard” have seen more success. As Seth Godin once said, “as consumers, we’re too busy to pay attention to advertising, but we’re desperate to find good stuff that solves our problems.” “In your career, even more than for a brand, being safe is risky. The path to lifetime job security is to be remarkable.”. Just like the Wu-Tang Clan’s decision to be remarkable, the most successful clients have opted to adopt a theme or idea that sets them apart from their competition and allows them to dominate. From literally making your products bright purple in order for them to stand out, putting a ten-foot elephant in front of your business, or wearing American flag pants and a suit jacket, getting noticed and being remembered is paramount for a business’s success. You can not be afraid to stand out. It’s like The Wu said, “Fear is a state of nervousness only fit for children.”.

Success Is What You Make It, But You Have To Want It Bad Enough

If you’ve made it this far then you have had the glory of receiving my Wu-Tang inspired knowledge bombs. It might seem ridiculous, but the struggle for Wu-Tang to become the powerhouse that they remain to this day is extremely reminiscent of the struggle to become a successful entrepreneur. Much like yourself, these guys started out with nothing but an idea or concept. They took a good hard look at their industry and thought, “how can we stand out in this crowded market?”. There are over three hundred million people in the United States, and of those only, around sixteen million will attempt to start a business. Once you factor in the harsh truth that only one out of every ten startups will be successful, that means your business must be able to break through into that small successful percentage. The same goes for the music industry. After all, entertainment is one of the most popular markets. So instead of waiting around for a stroke of dumb luck or playing it safe, Wu-Tang took an approach all their own and decided to set themselves apart from their competition. My friends, it’s finally time to face it. You have more in common with this powerful ten-piece than you ever could have imagined. But the real question is do you have what it takes to embrace your unique value proposition? Do you possess the bravery to stand out in order to be noticed in your crowded market? Hopefully, you’ve learned as much as I have in reading this love letter to Wu-Tang as well as the small business owner. I gladly leave you with a few words of business coach encouragement from the one and only Raekwon The Chef. When asked about their success and the effect Wu-Tang had on an entire industry and culture based on their approach Raekwon had this to say, “When I sit here and see that the eight brothers from the neighborhood that I grew up with still have success, it had to be magical. I doubt if you get another ‘Wu-Tang Clan.’ That might be harder than getting the new ‘Jackson Five.’ Certain groups, you only get one time, and we just happened to be that group.”