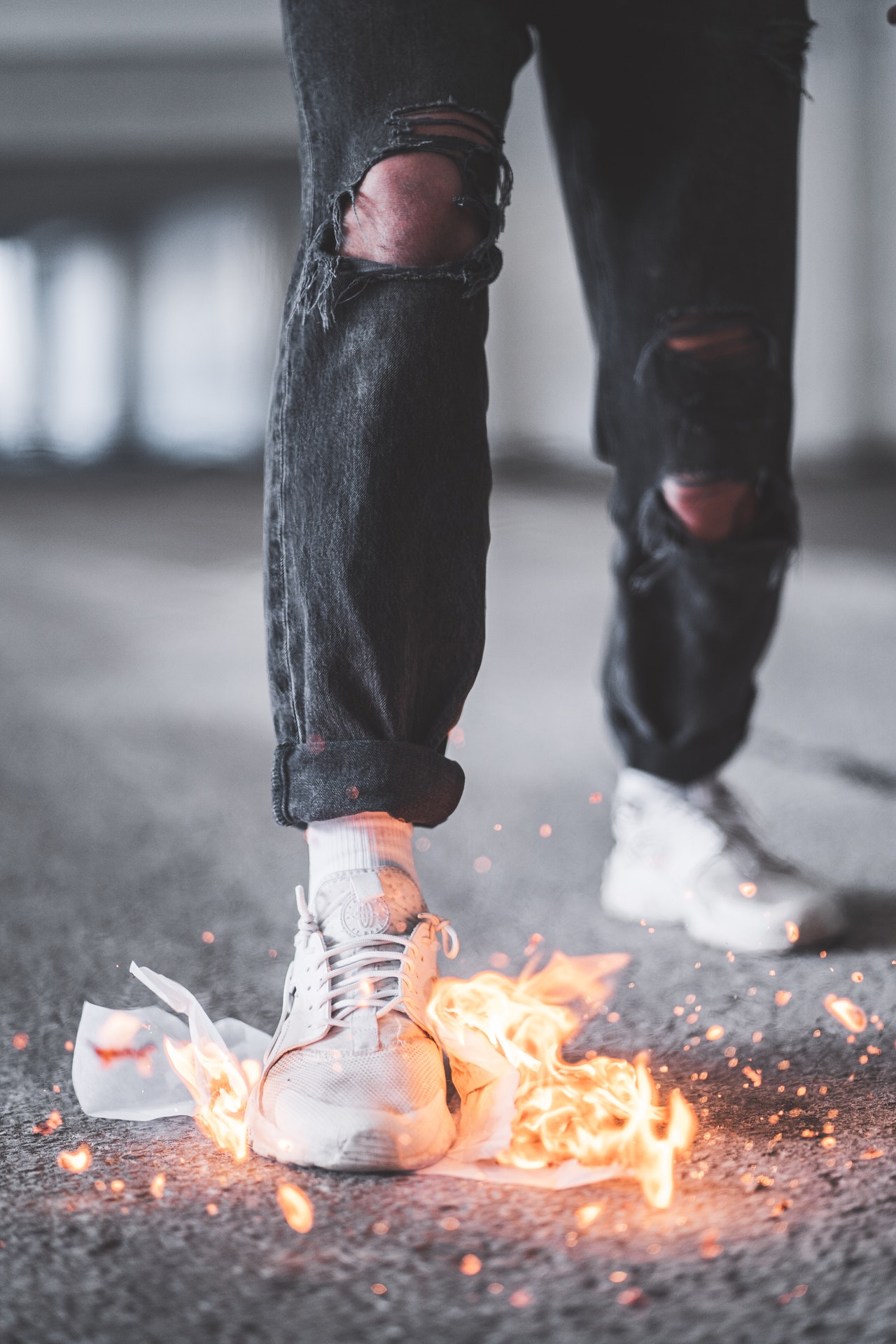 I was talking to a good friend the other day who recently went through a divorce. I was asking him how he was doing and trying to be as supportive as I could be and provide business coaching, considering the marriage had ended because of his infidelity. As I was listening to him talk, one of the statements he made was, “I knew this was going to happen eventually.” This really struck me as odd, so I asked him what he meant. He began to go into a long spiel about how he never thought that he would stay married because he figured someone else would eventually come along that he would want to be with more. He said he gave it a good try, but deep down he knew he was not meant to be married. I was blown away. I said, “well no wonder you are divorced, you were never committed.” He went into his marriage never fully committed to the relationship or making it work. He had a backup plan, whether consciously or subconsciously, that he knew he would fall back on if or when his marriage failed. In my opinion, this mentality is one of the main reasons his marriage failed. He wasn’t truly committed to it. He had “backup plans”.

One thing I can tell you for sure is that if you go into your business with a backup plan, then you are much more likely to fail.

As a business coach, I get asked all of the time about the people who actually succeed in their business. Clients, coworkers, friends, family, and so on, all want to know what the “secrets of success” are. Well… I may not know all of the business coaching secrets, but one thing I can tell you for sure is that if you go into your business with a backup plan, then you are much more likely to fail. The entrepreneurs that succeed have a laser-like focus on making their businesses win. They are willing to sacrifice, work extra, get creative, and do whatever it takes to ensure that the business will work. If you have a backup plan, then it is incredibly hard to justify putting in the necessary work required to grow a business. When faced with hard things, you must not have the ability to put food on the table with some backup 9-5 job. I was on the call with a former client a couple of weeks ago. Notice I said FORMER. I was asking him if he had completed his action items. He let me know that he was going to, but that he had been too busy. He then went on to tell me about the great time he had on the beach that weekend. When I suggested that he intentionally set aside time on the weekend to work on the action items, he scoffed and went on a rant about how he works so hard during the week and needs his weekends for himself. Needless to say, after speaking with Clay about this individual, I was able to fire him as a client. Also, I am confident that the likelihood of his business succeeding is slim to none.

You cannot be too busy to work on your business, then spend your weekend sipping on a beer at the beach. You work your a** off, and then, when you get your business to a place of success, you have the option to sit on that beach and enjoy the fruits of your hard work. I later found out that this former client’s father was also very wealthy and was bankrolling his business. He had no drive to actually do what is necessary to build a business. He had a backup plan. He had something to fall back on. He was not sufficiently motivated to do whatever it takes to succeed. If this is how your mindset is in regard to your business, then I worry about your ability to be successful. The good news is that you are reading this post, which means you have the opportunity to change. You can make the decision today to eliminate all backup plans and put all your eggs in one basket. Like Barbara Corcoran, one of the “Sharks” on the hit TV show, Shark Tank said, “When you’re building a business, you’re either all in, or you’re not.” This is absolutely true. Take the time to business coaching research the most successful people in the world. You will find a common theme that they were all in on their business. You must be as well. This is one of the secrets of success. Get rid of your backup plans!