Just Have Some Cojones!

If you have a problem with someone, SAY something.  Stop avoiding the issue and actually have some cojones to bring it up and give both parties involved a chance to fix it.

Mess up an order? Bring it up, make it right, and move on!
Want to uninvite someone from something? Just tell them to their face why and don’t just ghost them.

Why? Why is this concept so hard to grasp? Dang it man, just have some cojones and tell people what the issue is and fix it together.

Published by: ThriveTime Show 6:54 am 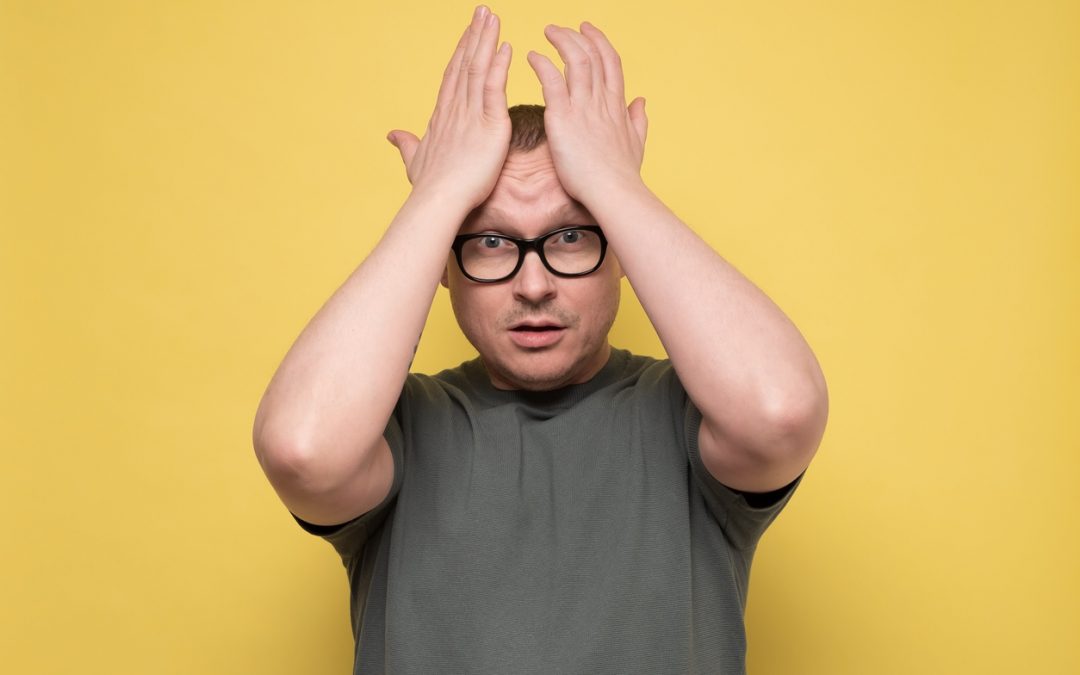 Give Up On People Faster

As a business owner or manager, one of your core jobs is helping mentor and train those around you. To mentor and train someone, you have to invest the most precious thing anyone has, time. The honest truth is that not everyone is worth your time and you need to move on. Give up on people faster. 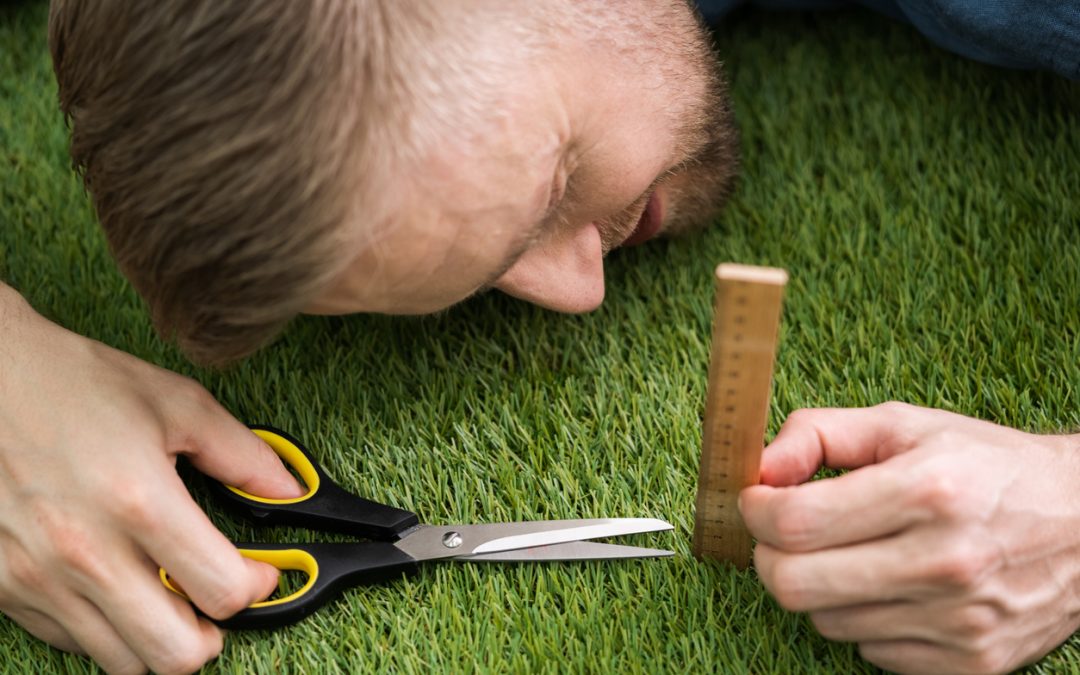 Stop Trying to Be Good at Things

Anyone who has ever achieved greatness has learned that mastery only comes through intense focus, repetition, and obsession. However, most people, by default, are perpetually distracted by all of the ‘potential opportunities’ out there that they never become great at anything. Today I give you permission to stop focus-hopping and to become a master of something, just one thing.

Published by: ThriveTime Show 4:37 am 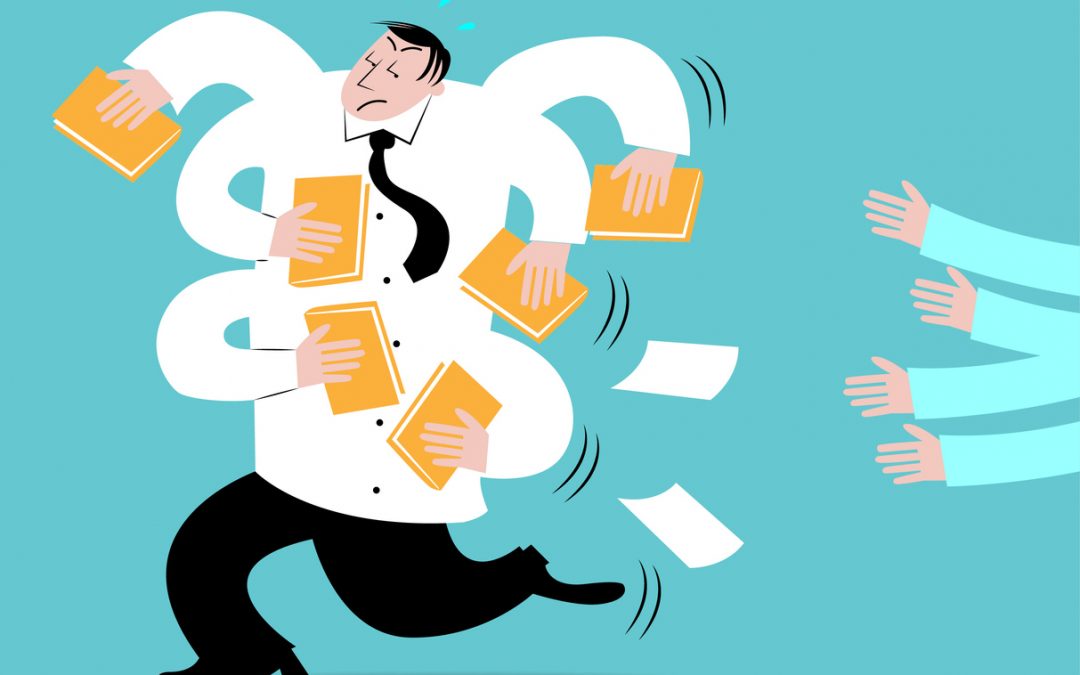 Delegation (once done correctly) is so vital to the growth of your business. It frees you up to do the things that you are great at, which will be the best use of your time. It allows you to work ON the business and not just IN the business. When you are stuck in the trenches doing a job that someone else can do, it is putting a lid on your company’s growth. It is keeping your company from thriving and you from thriving.

Published by: ThriveTime Show 5:57 am 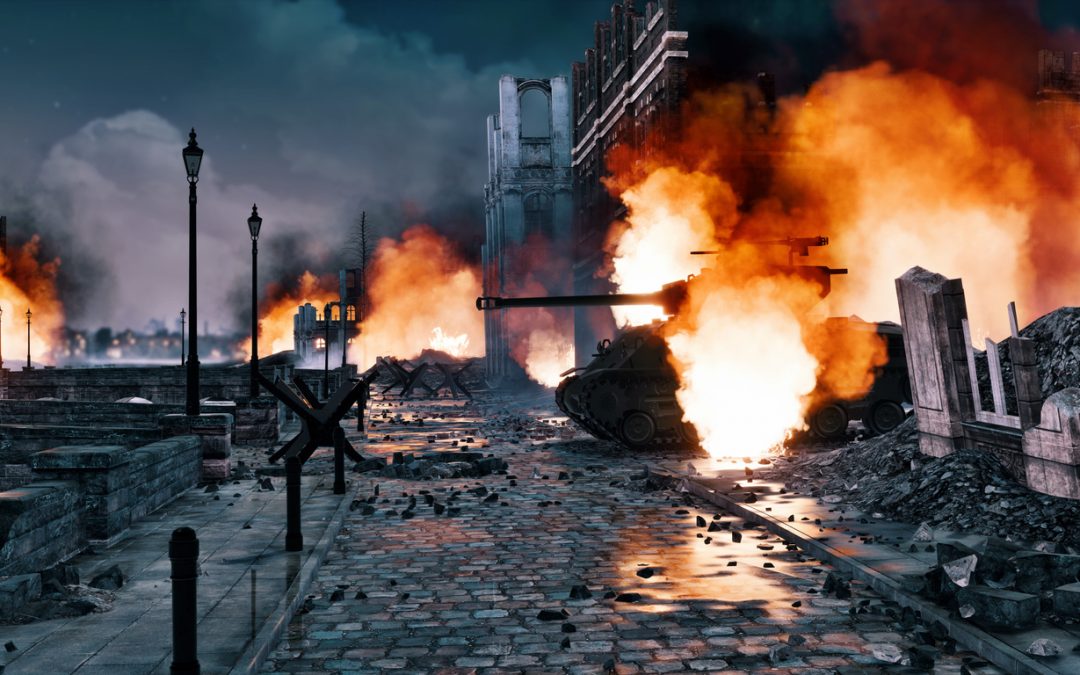 If a lack of excellence does not bother you, not only will you never be successful but I honestly don’t even want to know you. Too harsh? Too honest? What you decide to accept in and around you is a direct reflection on who you are and who you are becoming. If you accept mediocrity, you will be mediocre.

Published by: ThriveTime Show 7:45 am 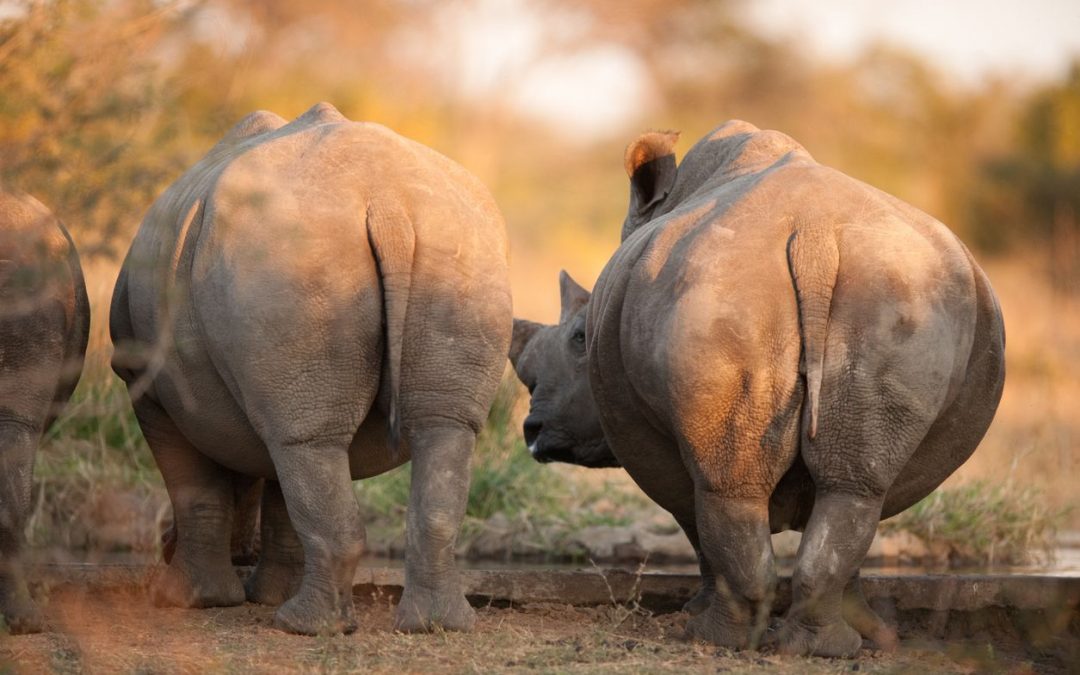 Don’t Be a Butt – Stop Saying But

When you say “but” you look like a butt. Think about it! When someone says, “No offense but…”, we all know that the next words out of that person’s mouth is going to be something offensive. This is true for every time you use the word “but” –  “I can see your point but…” or “No disrespect but…”.  It is people ignoring everything that was JUST said and only focusing on what they are trying to say. Once you use “but” you have discounted and discredited everything that was just said, thus making you look like a butt.

Published by: ThriveTime Show 11:25 am 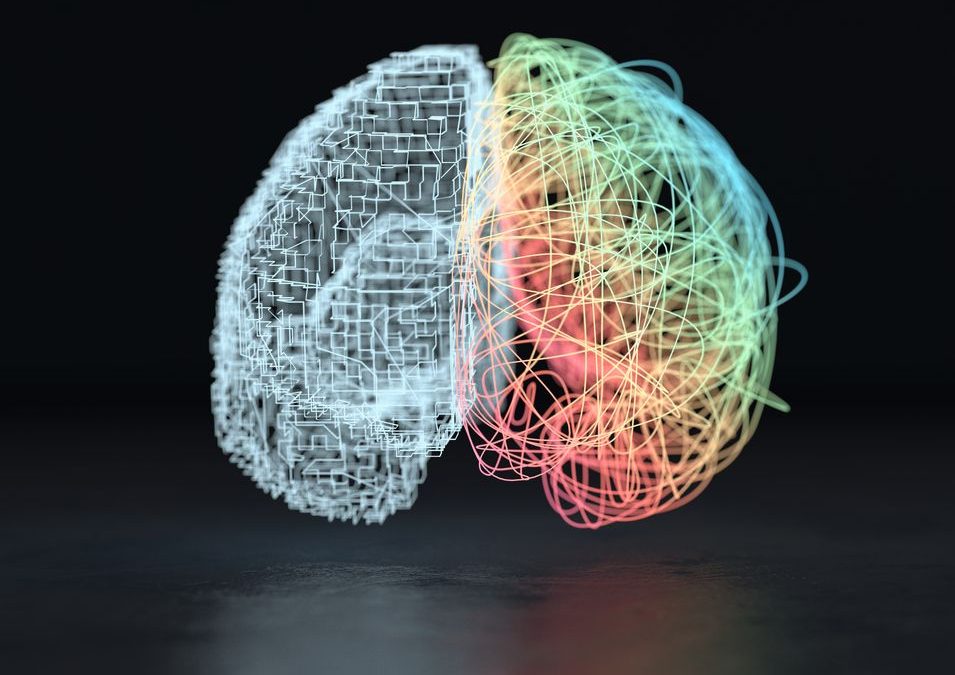 Just do what you say you are going to freaking do.

It’s not that difficult.

Why is it that the people that are so passionate about certain things are the very ones that don’t live it out?

Why is it that the people that lament about being on time, are often the ones that are late themselves?

Why is it that the people that have an entire soapbox on integrity and honesty are the ones that are doing shady things?

Why is it that Christians that are in the front of the church lifting their hands the highest are some of the ones sinning the most? (Probably hit a nerve with this one, huh?)

Published by: ThriveTime Show 9:33 am 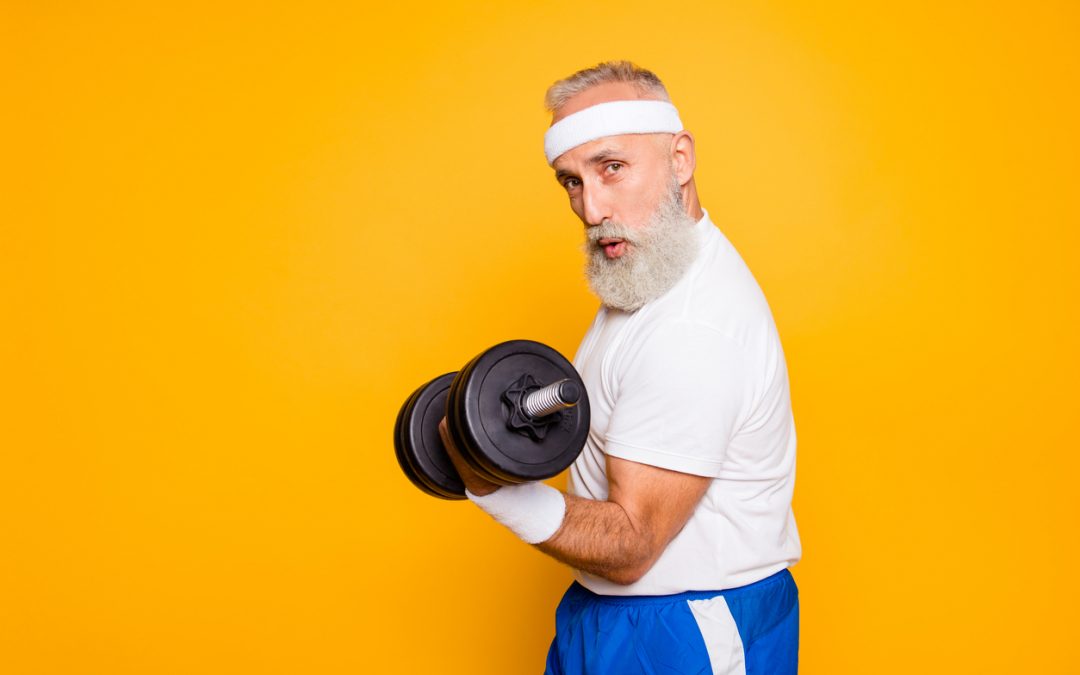 Passion is attractive. You can’t lead without it. People latch onto it and crave being around it.

Why is this? People cannot help but get caught up in the purpose that comes when someone has passion and shares it with the world. 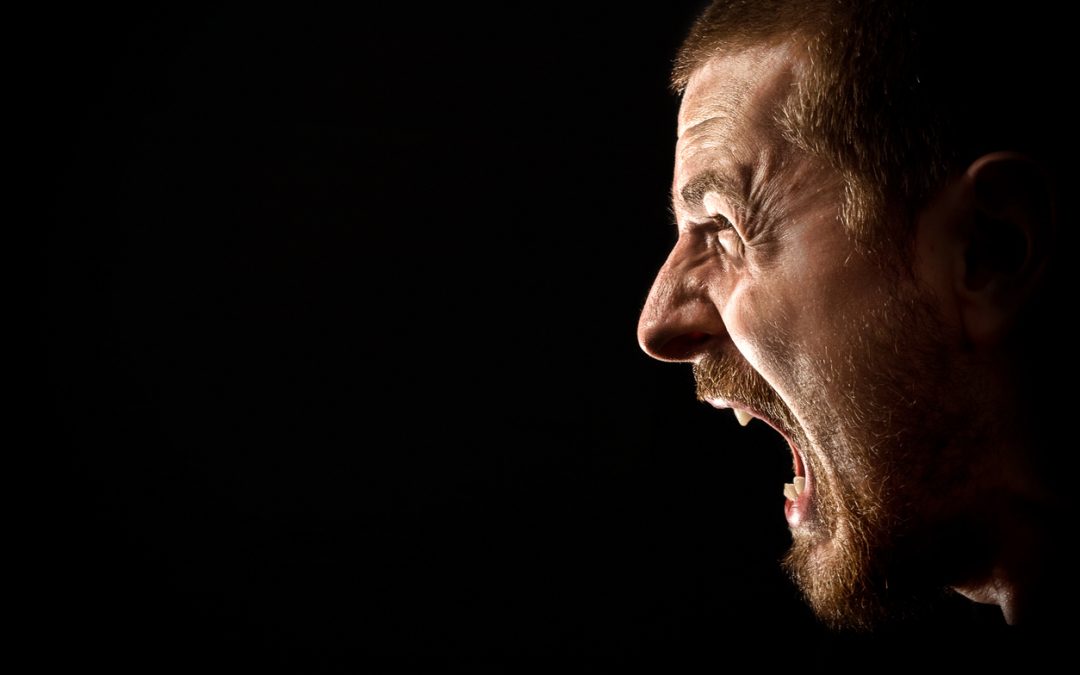 You can say whatever you want to say about WHY you are late but it doesn’t matter, it just means you did not value that thing, person, or meeting over whatever else. There is a quote, “Familiarity breeds contempt”, and that applies to being on time as much as anything else. The more you are around someone, the less you revere or respect them.

Published by: ThriveTime Show 8:00 am 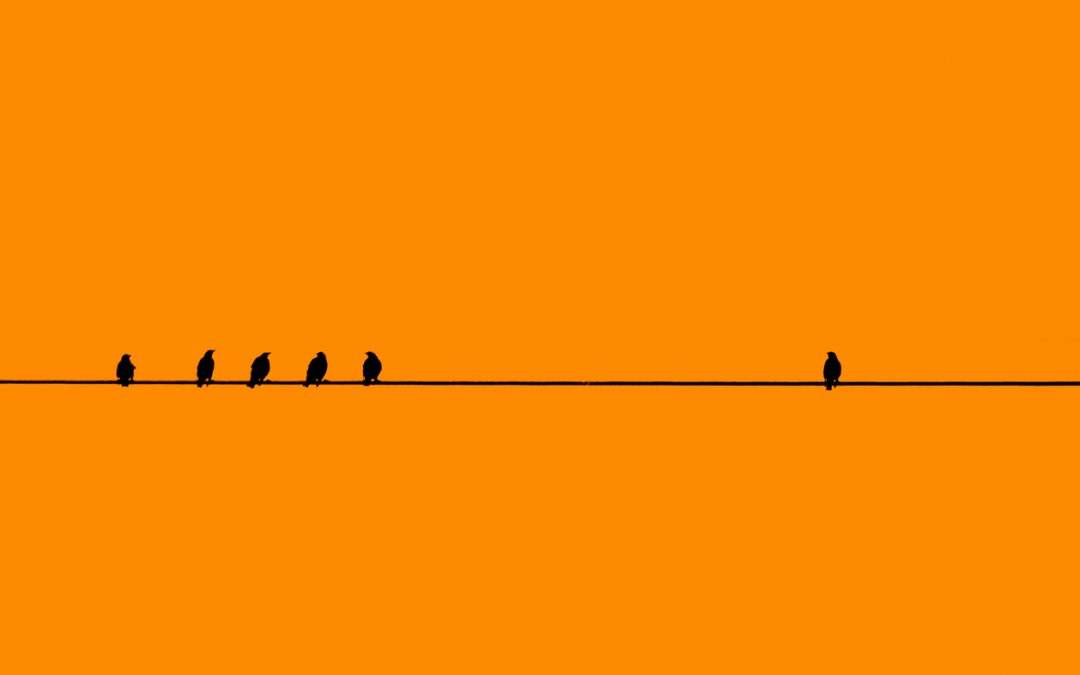 I am about to get controversial (which…let’s be honest, is probably the only reason you read my blog). No, this is not just another article about the Coronavirus, but I would like to take advantage of the term “social distancing”. 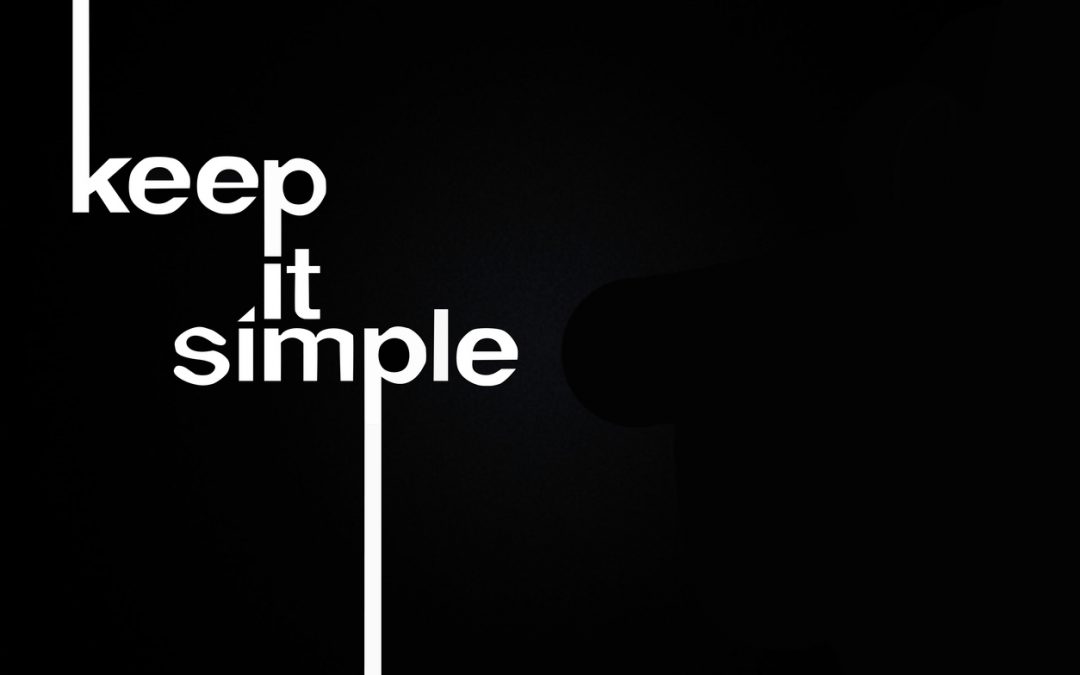 Everything in life has a simple solution.

Everything is black and white.

Published by: ThriveTime Show 11:53 am 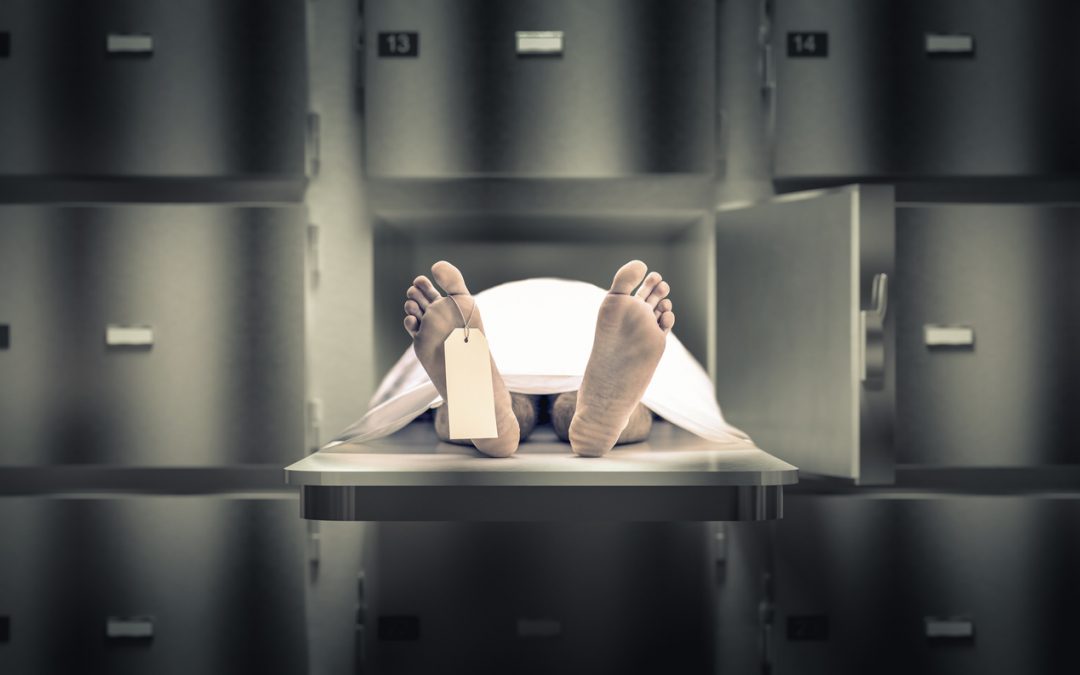 Get Busy Growing or Get Busy Dying

Published by: ThriveTime Show 1:53 am 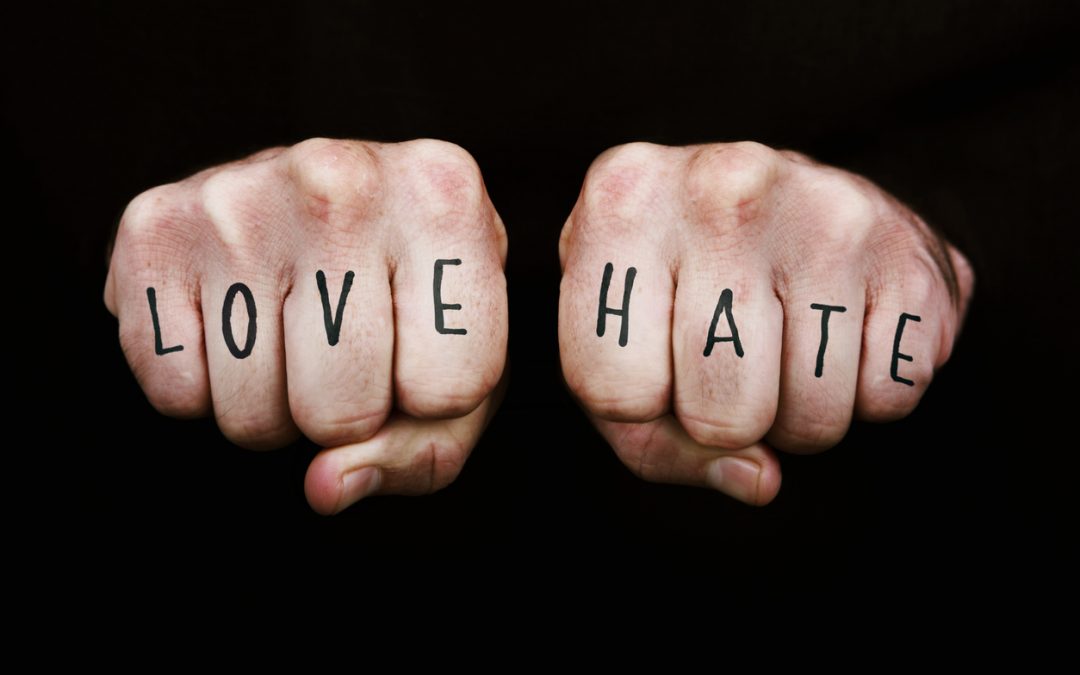 Excellence is exhausting. It takes a lot of hard work. More importantly, it takes a complete disregard for most people’s feelings most of the time. But if you ever want true excellence, you have to hold people to a higher standard than they have ever been held to before. Because of this, you will soon find yourself at the brunt of a lot of hatred, annoyance, and being labeled as an ass.

Published by: ThriveTime Show 8:09 am 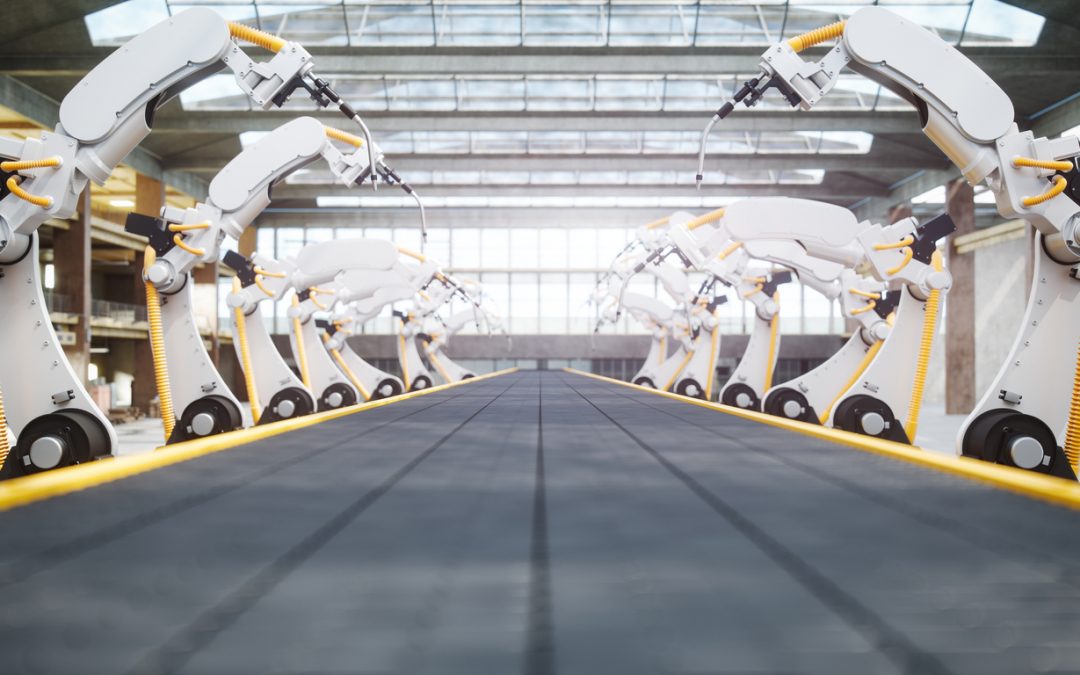 Unfortunately, oftentimes, when we feel uninspired to do something we use the excuse of “uninspired” to put off that thing or, many times, we just end up not doing it at all. If you sit around waiting to feel inspired, then this is only going to be detrimental to your momentum. Success is found in momentum. Momentum is created through consistency. 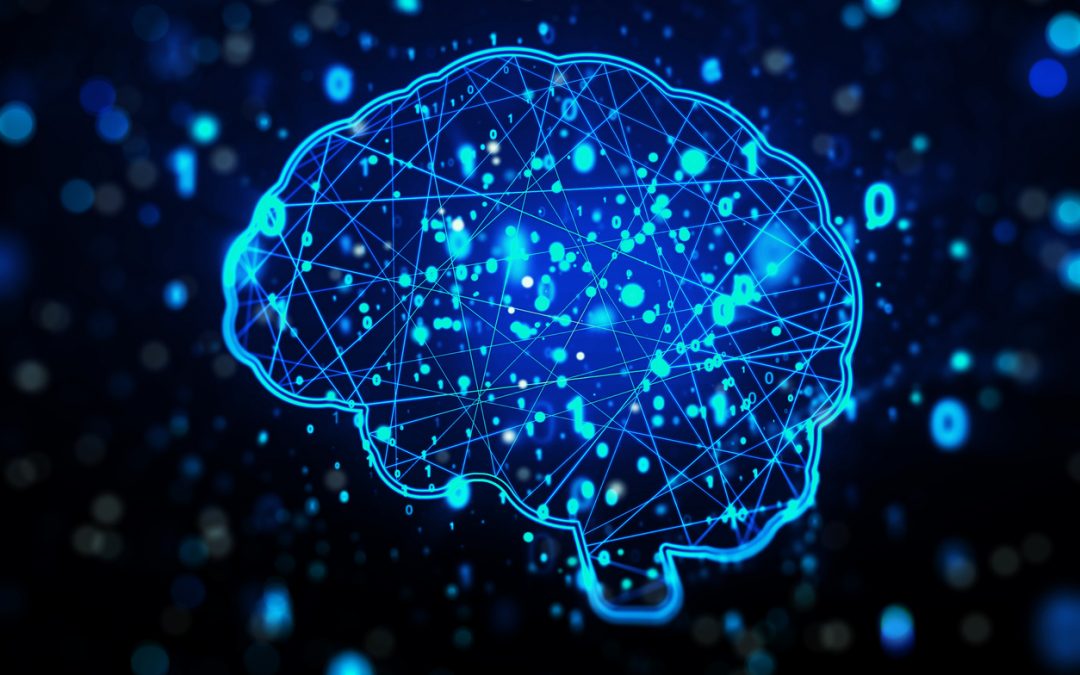 Some Advice about Advice

When it comes to receiving advice, guidance, counseling or wisdom on a subject, make sure that the person you are asking is successful in the area(s) you are looking to grow or attain more wisdom and knowledge.
Let me explain.
I cannot tell you how many people come up to me and passionately give me financial advice, but they are broke. How many management books I have read from experts but after digging a little deeper, they have never actually managed a team of humans.

Published by: ThriveTime Show 3:43 am

The Power of Being Self-Aware

The other day I was asked this simple question, “Jonathan, when did you become self-aware?” My immediate response was, “I don’t know… I always have been”. As the day went on, that conversation replayed in my head over and over again until it hit me!

Published by: ThriveTime Show 10:41 am 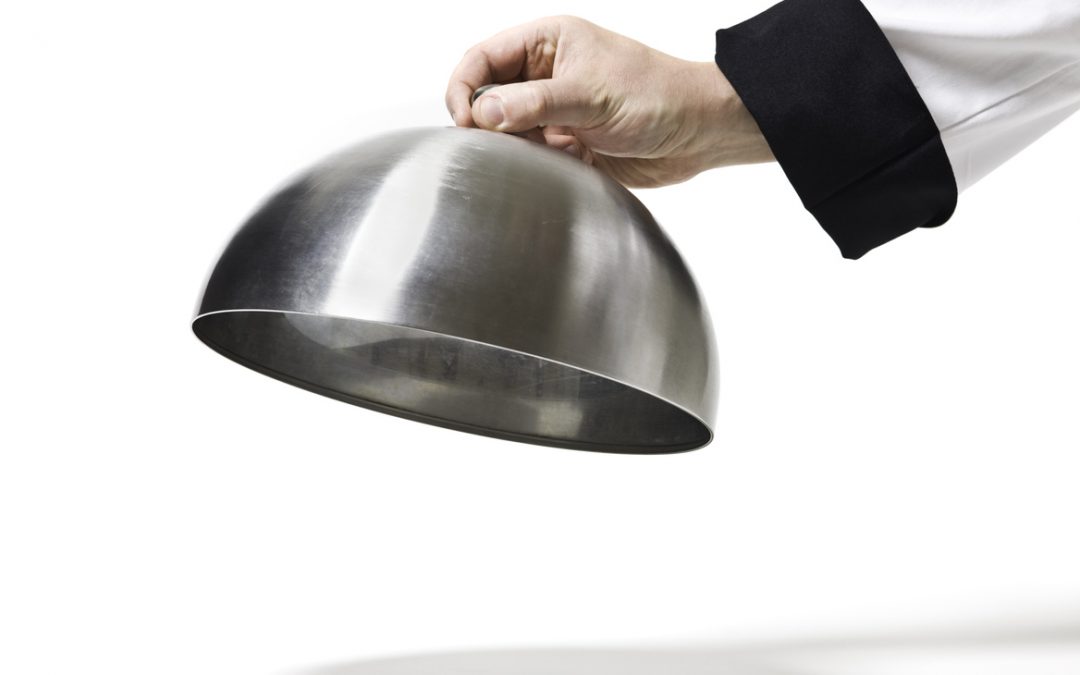 How to Raise Your Lid

ALL people have a “lid”. Another, less eloquent word would be “potential”. Each and every single person in this world has a “lid”, or potential, of who they can become or what they can accomplish. Some people’s lids are much higher than others. The funny part is that most people put a “lid” on themselves and it is much lower than their lid should actually be.

Published by: ThriveTime Show 10:21 am 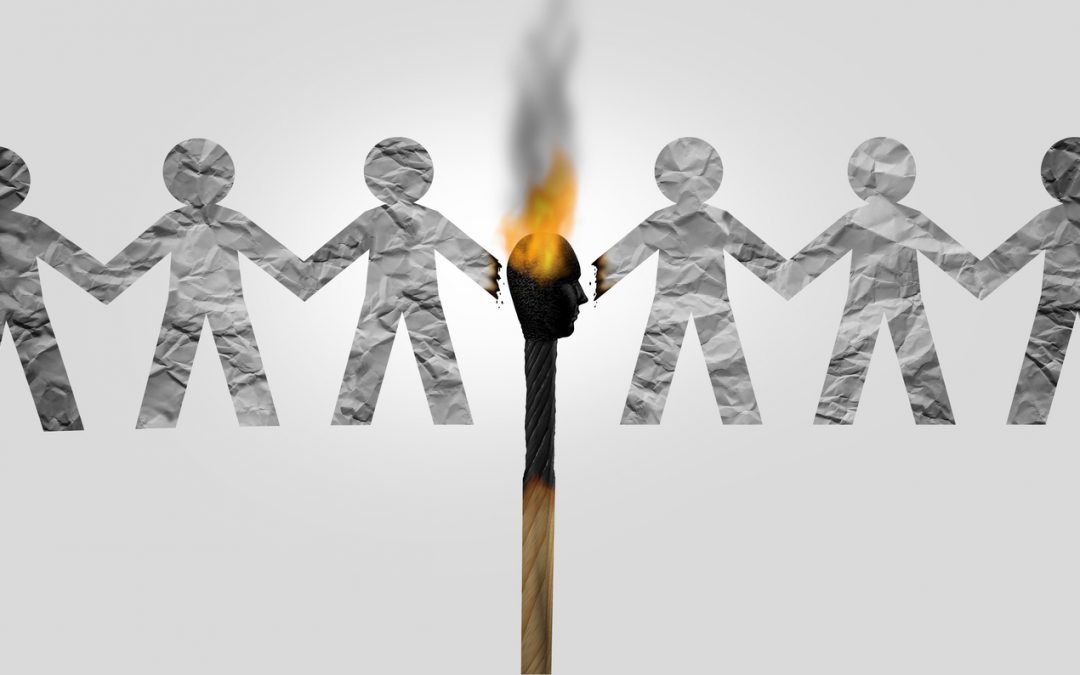 Love It or Hate It, There’s Power in Polarity

Donald Trump, Kanye West’s Christianity, Elon Musk’s Cybertruck, all things that you probably are not only aware of but have some sort of an opinion about. What all of those references have in common is that they are very polarizing. Love it or hate it, we talk about it. Why?

Published by: ThriveTime Show 10:39 am 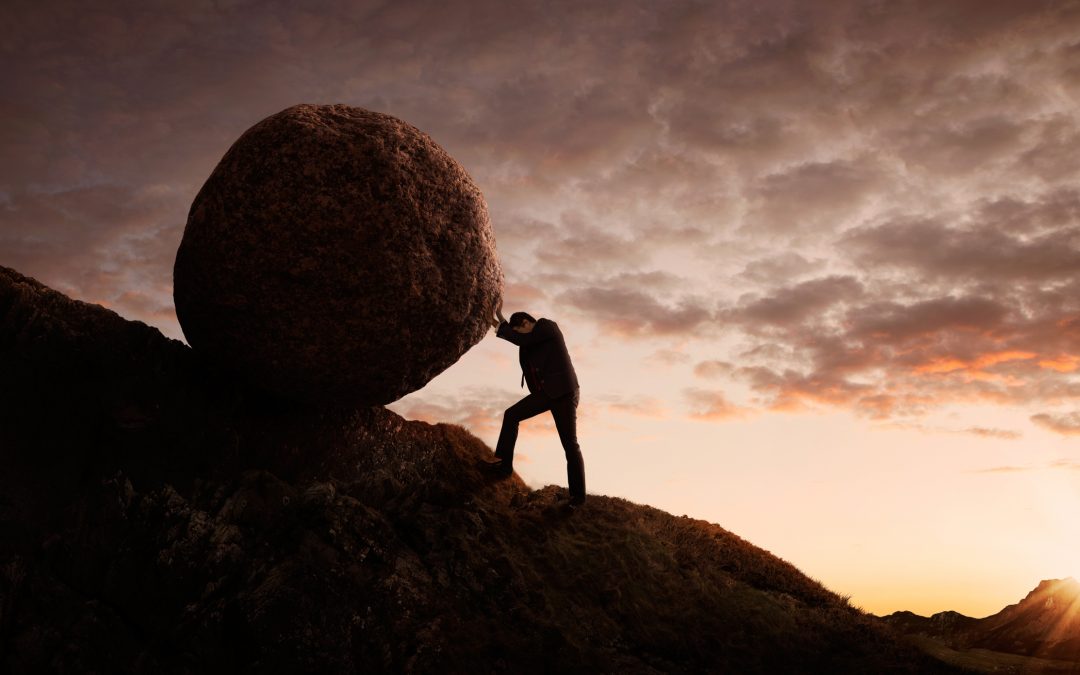 Published by: ThriveTime Show 8:40 am 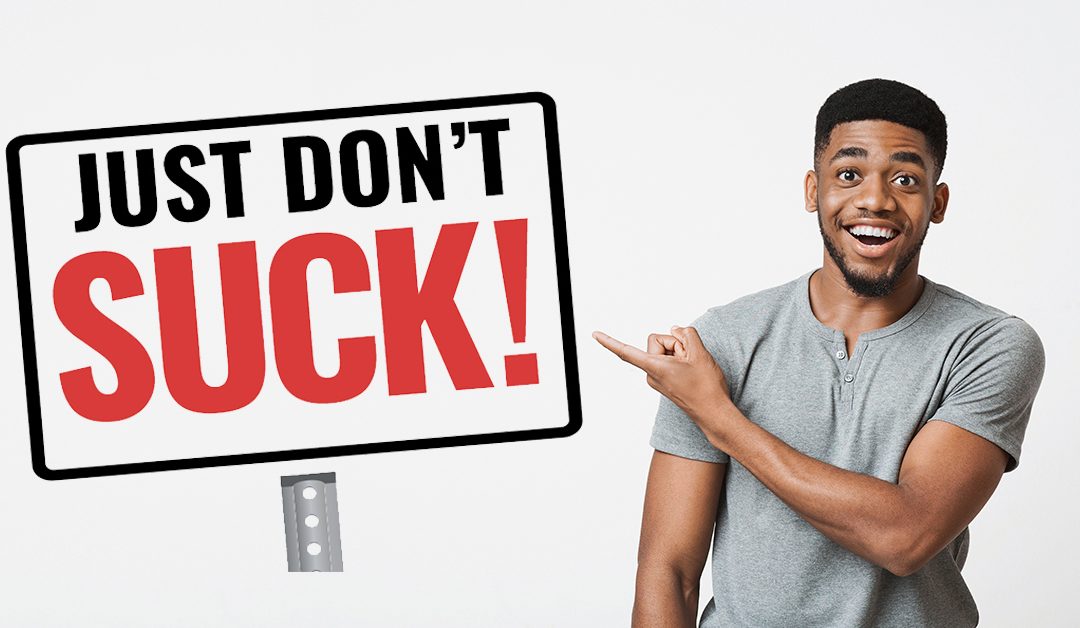 The “Secret” to Greatness

I will tell you the “secret” to being great…JUST DON’T SUCK! There, you are welcome. I know what you are thinking, “Oh wow, Jonathan, thank you so much! How insightful of you!”. Hear me out – in a world of perpetual distraction where everyone is half-listening, half-engaged, constantly on their phones, and perpetually daydreaming, all it takes to be great in today’s world is to be mentally present.

Published by: ThriveTime Show 9:54 am 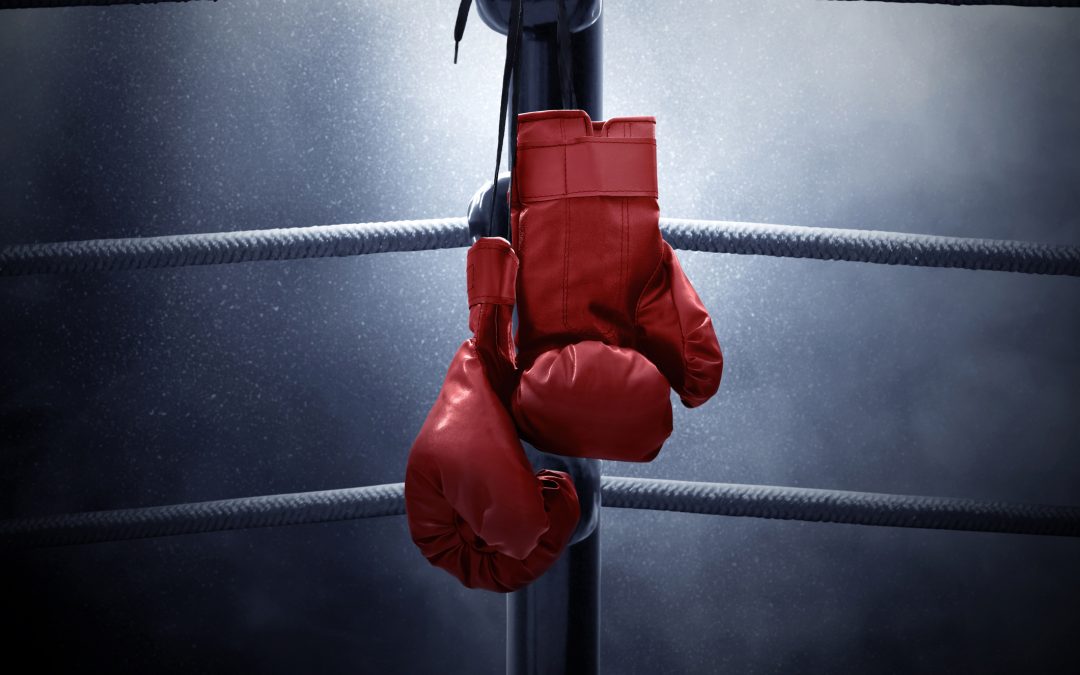 When you think of conflict, chances are high that you start squirming in your seat. In fact, our entire lives we do every single thing possible to avoid having the “tough conversations”. But conflict, when used intentionally, is helpful, productive, and even refreshing. Let’s call it “Canflict”.

Published by: ThriveTime Show 9:56 am 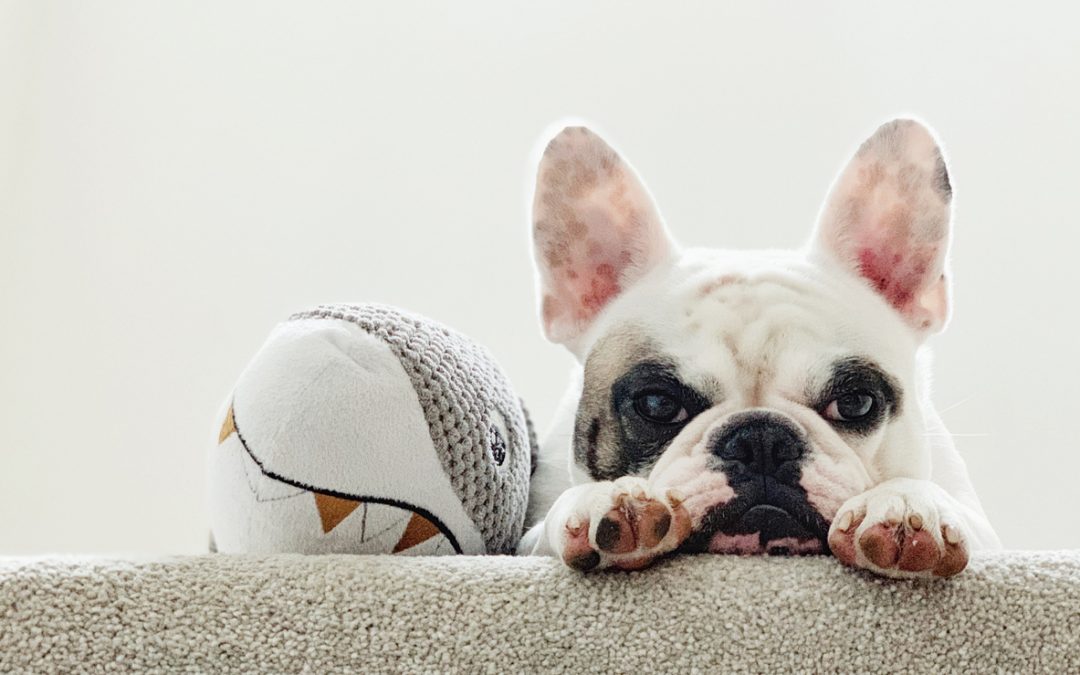 Anything you want to grow or improve takes one thing, which is focus. Whether you want to improve your relationship with your spouse, be a better parent, grow a business, travel the world, build something with your bare hands (insert Tim Allen man growl here), or anything else, you have to have a plan because without a plan, you suffer from boreDUMB (see what I did there?).

Published by: ThriveTime Show 6:56 am

If You’re Going to Be Here, Be Here

Do you love your phone more than you love having sex? Research says you might. Cell phone usage and the warnings against it are not new, yet we continue to use our smartphones as a distraction or even as an escape in the most intimate of times. If you’re ever around me, there is a great chance you’ll hear me say: “If you’re going to be here, be here.” What do I mean by this?

Published by: ThriveTime Show 8:52 am 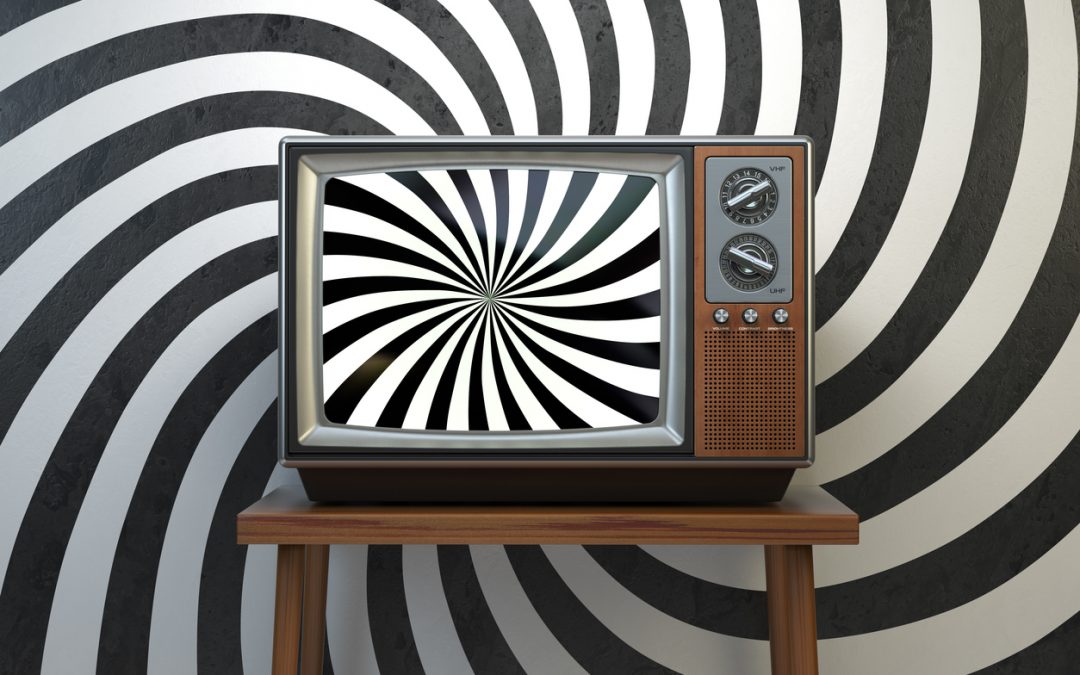 Management is manipulation disguised as motivation to help others achieve mastery. Now that I have your attention simply because I used the word manipulation, let’s get started. Manipulation has such a negative connotation today,  but one variation of the definition means “to change one’s behavior in a skillful manner”. There are so few people in […] 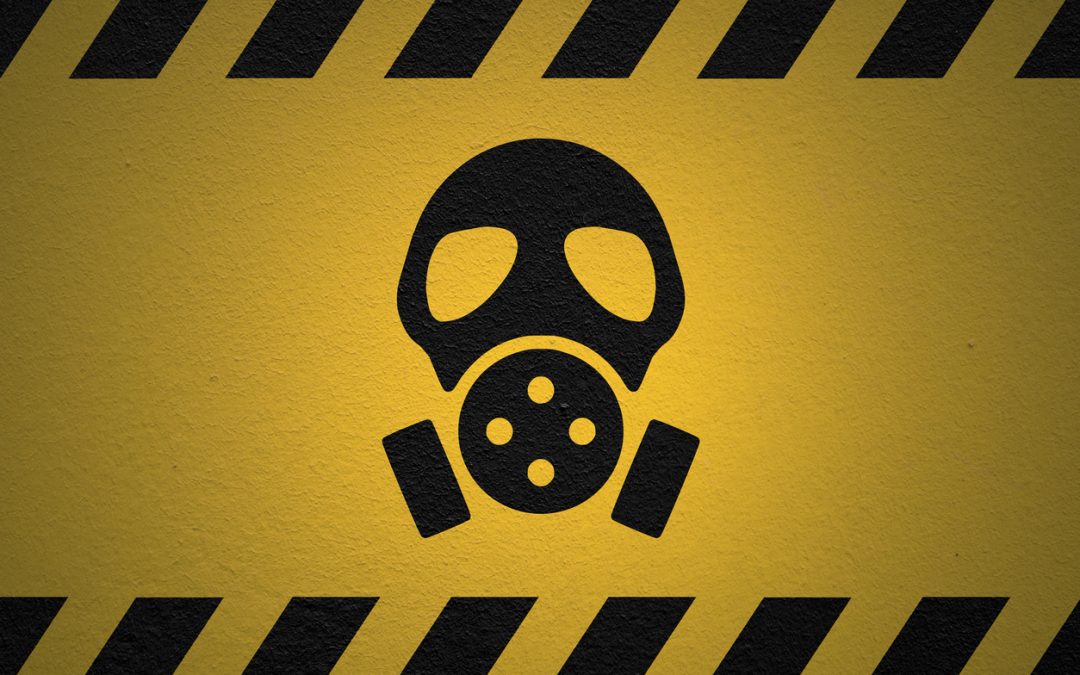 The reason millennials focus so much on purpose, self-fulfillment through learning, and family before the money is because the generation before them did whatever the hell they had to do to put food on the table. They suffer from “The Fallout”. First, let’s get something out of the way: I am a millennial-but I hate […] 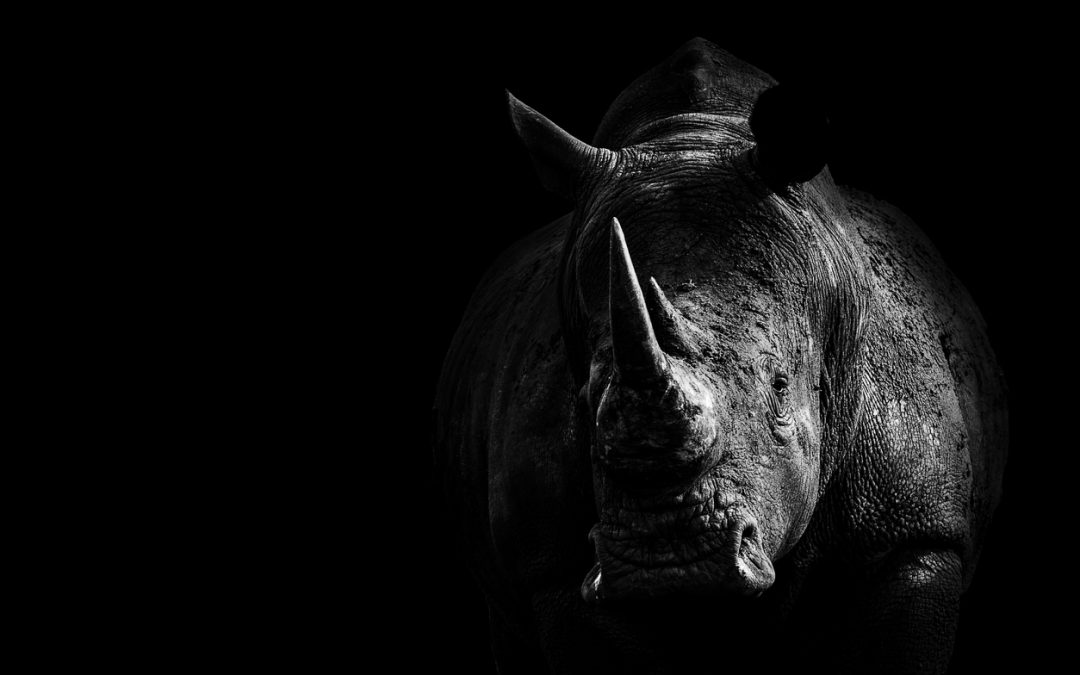 Talent is for Schmucks

Schmuck /SHmək/ noun Slang. an obnoxious or contemptible person. Stop relying on your talent. Stop blaming your lack of success on your lack of talent. Talent is for schmucks. In fact, some of the most worthless people I know, or have ever managed, were the most talented people. You cannot win, get ahead, or succeed […]

Published by: ThriveTime Show 11:09 am